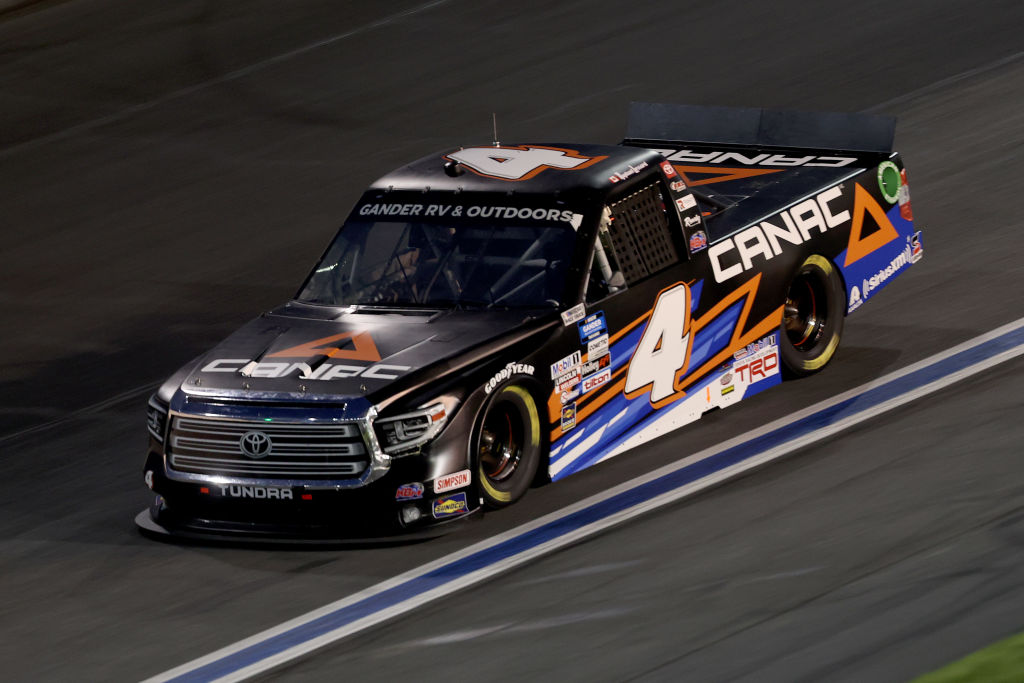 Raphael Lessard was relegated to a 15th-place finish in the N.C. Education Lottery 200 at Charlotte (N.C.) Motor Speedway in his first start at the 1.5-mile speedway. The young driver started in the 20th position and led his first laps of the 2020 season. The Canadian teenager battled a loose-handling truck throughout the night.

Raphael Lessard, driver of the No. 4 CANAC Tundra for Kyle Busch Motorsports:

“The first race back in action was P15 for my CANAC Toyota Tundra. It was the first race on board with CANAC. It is an awesome opportunity to have them on board so big thanks to them. We got better as the race went on, but it was a pretty eventful race. I led my first lap in the NASCAR Gander RV and Outdoors Truck Series. I’m pretty happy. We always want to be better. We always want to be faster. At the end, I ran my fastest lap those last couple of laps, so that means I got better and better. It was my first laps here at Charlotte. I’m pretty happy with it.”

Lessard will be back behind the wheel of the No. 4 Tundra when the NASCAR Gander RV & Outdoors Truck Series resumes action June 6 at Atlanta (Ga.) Motor Speedway. Live coverage of the Vet Tix Camping World 200 begins Saturday at 1 p.m. ET on FS1.