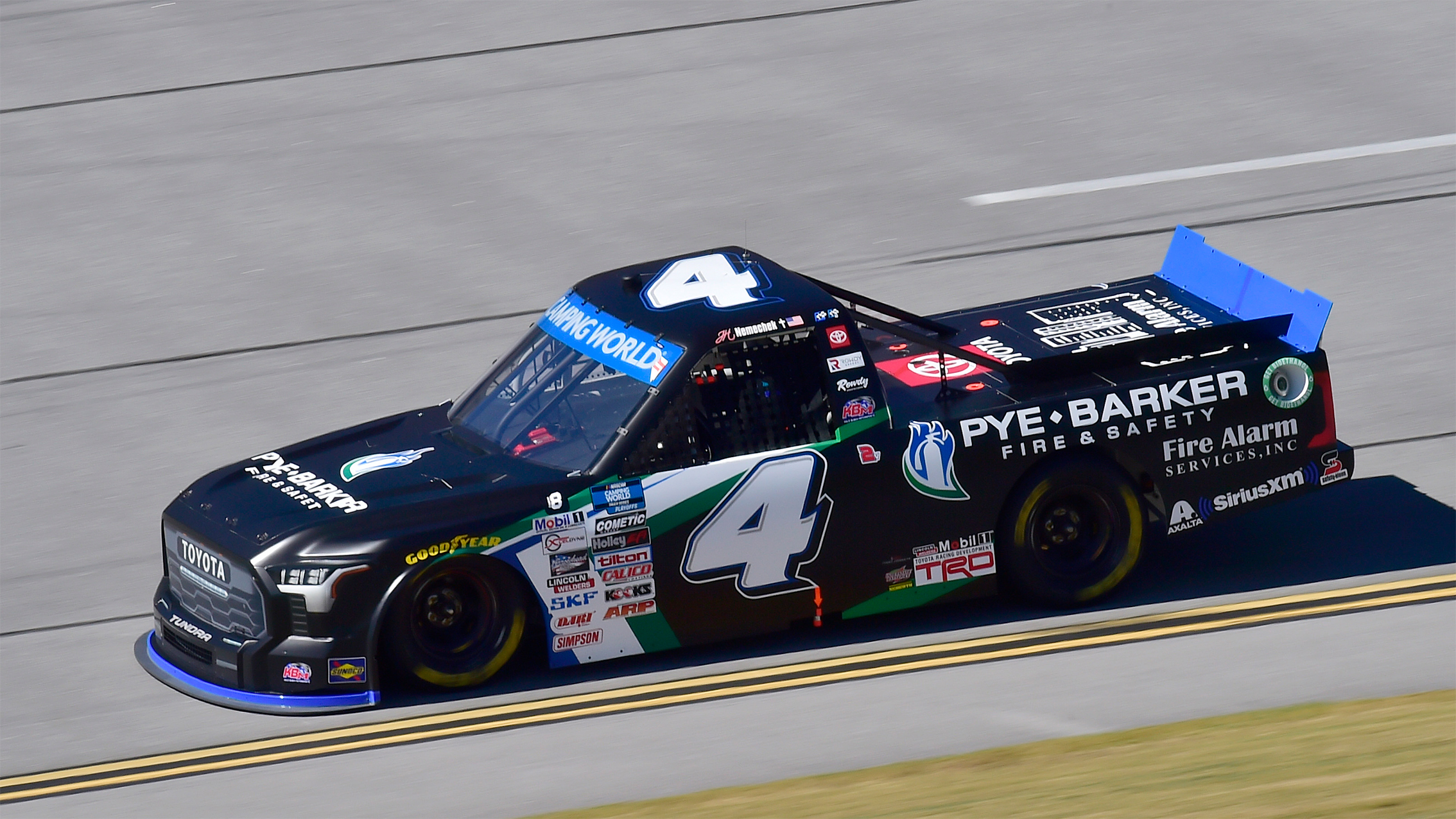 John Hunter Nemechek came into Saturday’s 94 lap event at Talladega (Ala.) Superspeedway nine points below the cutoff line to advance to the Championship 4 with two races remaining in the Round of 8. After earning the pole in Friday’s qualifying session, Nemechek nearly maxed out his stage points by picking up the Stage One win and crossing the stripe in second at the end of Stage Two to earn 19 points.

Nemechek was lined up in 18th for the first and only NASCAR overtime attempt at the 2.66-mile track after electing to ride near the back of the field for the Final Stage in an effort to miss wrecks and maximize his finish. As the field came through the tri-oval for the final time, Nemechek went through the infield grass to avoid “The Big One” at the end of the race and ultimately spun through the grass in his Pye-Barker Tundra. Once he regained control of his Tundra and crossed the stripe, Nemechek was scored in 24th.

“Up and down. Maximized stage points there with Chandler (Smith) in the first stage and in the second stage, put ourselves in a good position to gain as many points as possible. Just didn’t work out there at the end. Stuff happens and I was one of the trucks that was spinning through the grass there. Probably lost around 10 or 12 spots there by spinning through the grass. It hurt our points day a little bit and we’re now just five points behind the cut going into Homestead.”

John Hunter Nemechek and the No. 4 team are on the outside looking in as they sit five points below the cutoff line to advance to the Championship 4 with one race remaining in the Round of 8.

John Hunter Nemechek and the No. 4 Goodwrench team will have a two week break before the Camping World Truck Series playoffs resumes at Homestead-Miami Speedway on October 22nd for the final race of the Round of 8. Live coverage of the Baptist Health 200 will be on FS1, Motor Racing Network, and SiriusXM at 12pm ET.