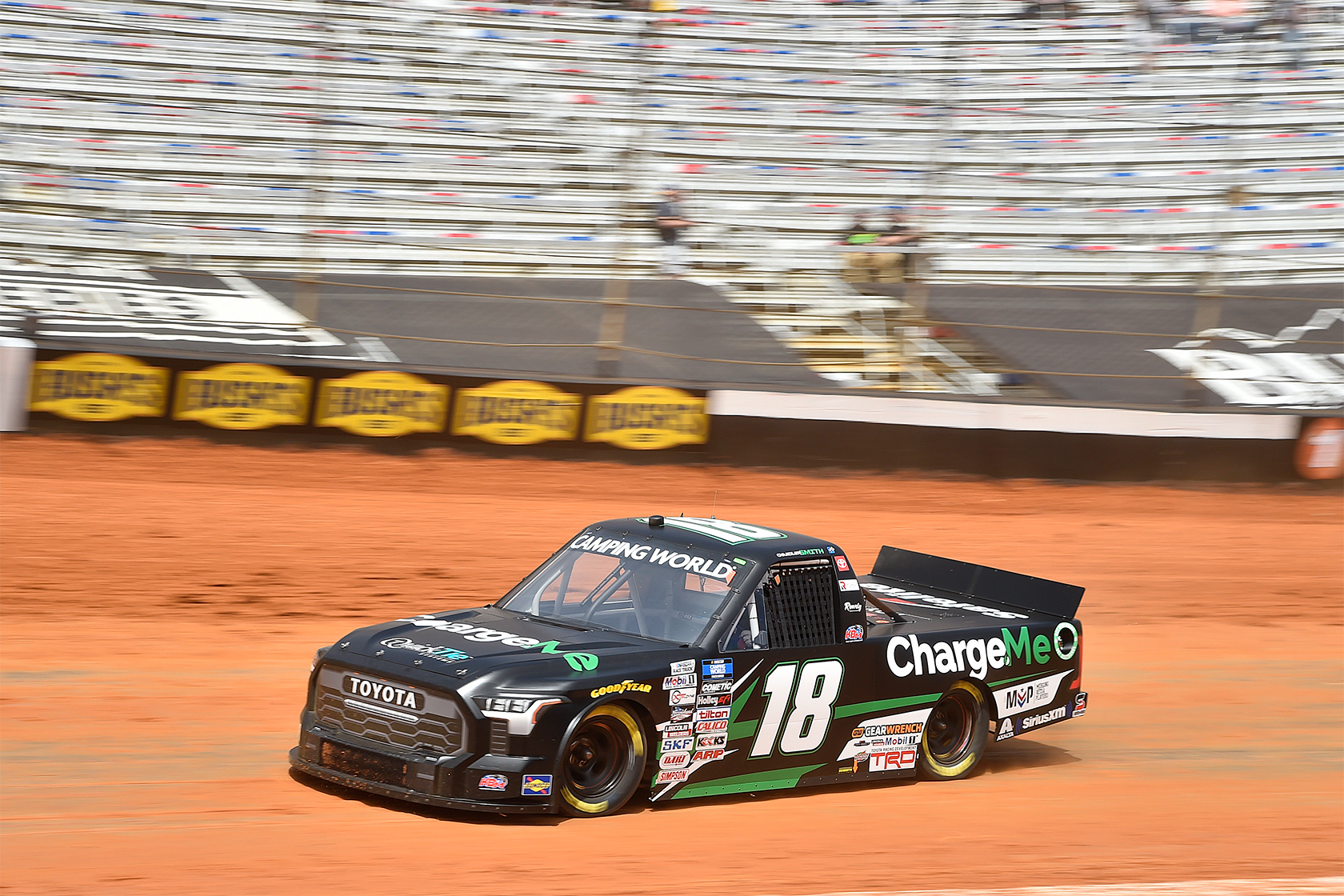 Pinty’s Truck Race on Dirt at Bristol before his Charge Me Tundra TRD Pro became ill handling in the Final Stage. Smith lined up fifth when the Final Stage went green but began to fall to the back side of the top 10 before spinning out while running 10th with 25 laps remaining.

Smith was able to avoid any damage during the spin and after pitting for a chassis adjustment would return to the track in the 28th position. Over the final 18 laps he would gain 11 spots to bring home a 19th-place finish.

Chandler Smith, driver of the No. 18 Charge Me Tundra TRD Pro for KBM

“We had a really strong Charge Me/Safelite Tundra TRD Pro in the heat race and in the early stages of the feature. We were in a good position headed into the Final Stage lining up fifth, but something happened where when I barely touched the brakes my truck and the truck would pitch sideways, and we ended up spinning. Came back over the last 20 laps and gained 10 spots but wasn’t the finish I was hoping for with Charge Me in their first race as a primary sponsor. We’ve got four more this year with them and hopefully we can get them to victory lane.”

Smith will be back behind the wheel of the No. 18 Safelite Tundra TRD Pro when the NASCAR Camping World Truck Series resumes action Friday, May 6th at Darlington (S.C.) Raceway. Live coverage of the Dead on Tools 200 will be on FS1, Motor Racing Network and SiriusXM at 7:30 p.m. ET.