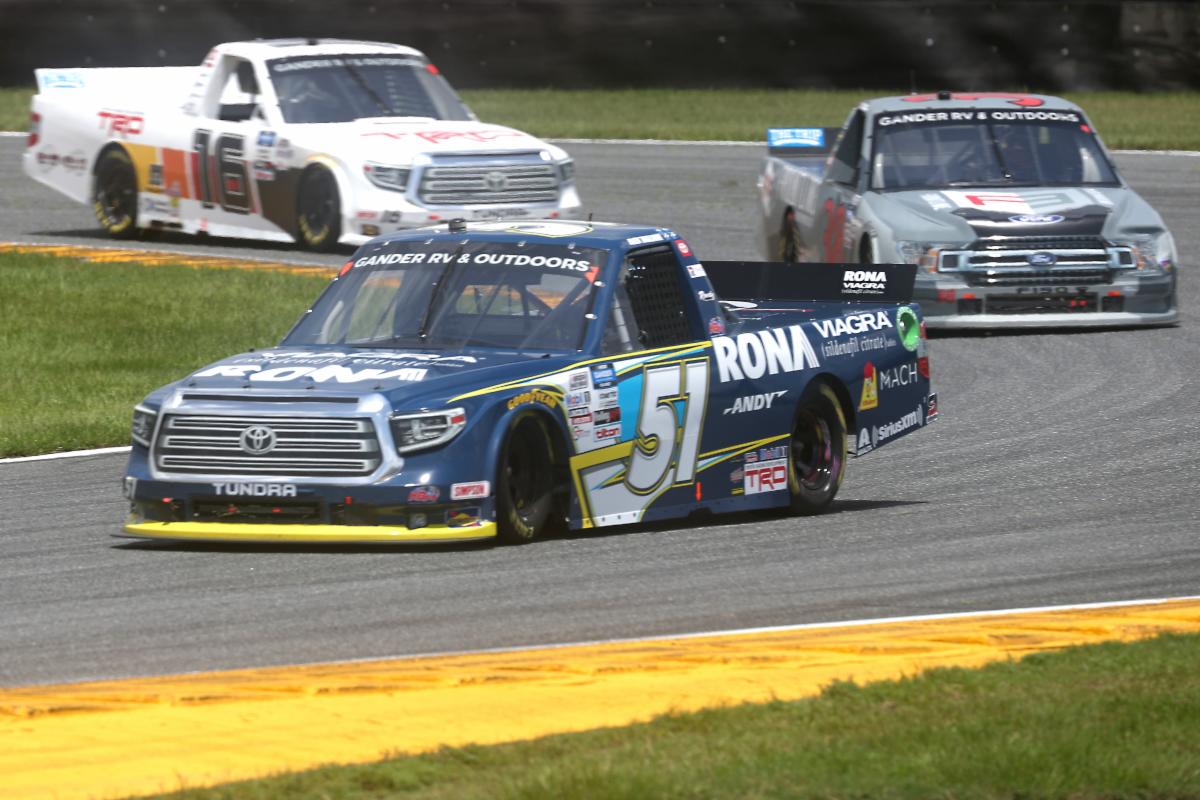 Alex Tagliani was running third with just over 10 laps remaining in Sunday’s NASCAR Gander RV & Outdoors Truck Series event at the Daytona International Speedway before he was plagued with late-race troubles, including an overheating and engine and losing his brakes in NASCAR overtime, and ended the event with a 22nd-place finish.

Alex Tagliani, driver of the No. 51 RONA/VIAGRA Tundra for Kyle Busch Motorsports:

What happened in the late stages of the race today?

“Definitely not the way we wanted to finish the race with the 51 truck. It’s a shame, we never really had the chance to really push and prove how the truck was. Sometimes it’s a tough pill to swallow, but the race didn’t turn out for us. In these races you need a little bit of luck and to be at the right place at the right time. As soon as we started to get roughed up a bit, we had some issues with brakes and the engine overheating as well from the damage at the front. We also had some rubbing of the fenders on the left side from contact and at that point we didn’t have the truck to stay in the fight. We lost about two seconds a lap, so it’s a shame because with about 13 laps to go I think we were about ready to put the hot sauce out. Sometimes it’s frustrating with a bad feeling inside, but I’m really thankful for the opportunity. Really love to work with the guys, a committed bunch of guys at KBM and hopefully what we learned today we can do differently next time we get a shot at it.”

The No. 51 team sits fourth in the Gander Trucks owner’s championship standings. After 12 events, including four victories, they trail the No. 16 team by 62 points.

Chandler Smith will return to the wheel of the No. 51 JBL Tundra when the NASCAR Gander RV & Outdoors Truck Series resumes action on Friday, Aug. 21 at Dover (Del.) International Speedway. Live coverage will be on FS1, Motor Racing Network and SiriusXM at 5 p.m. ET.