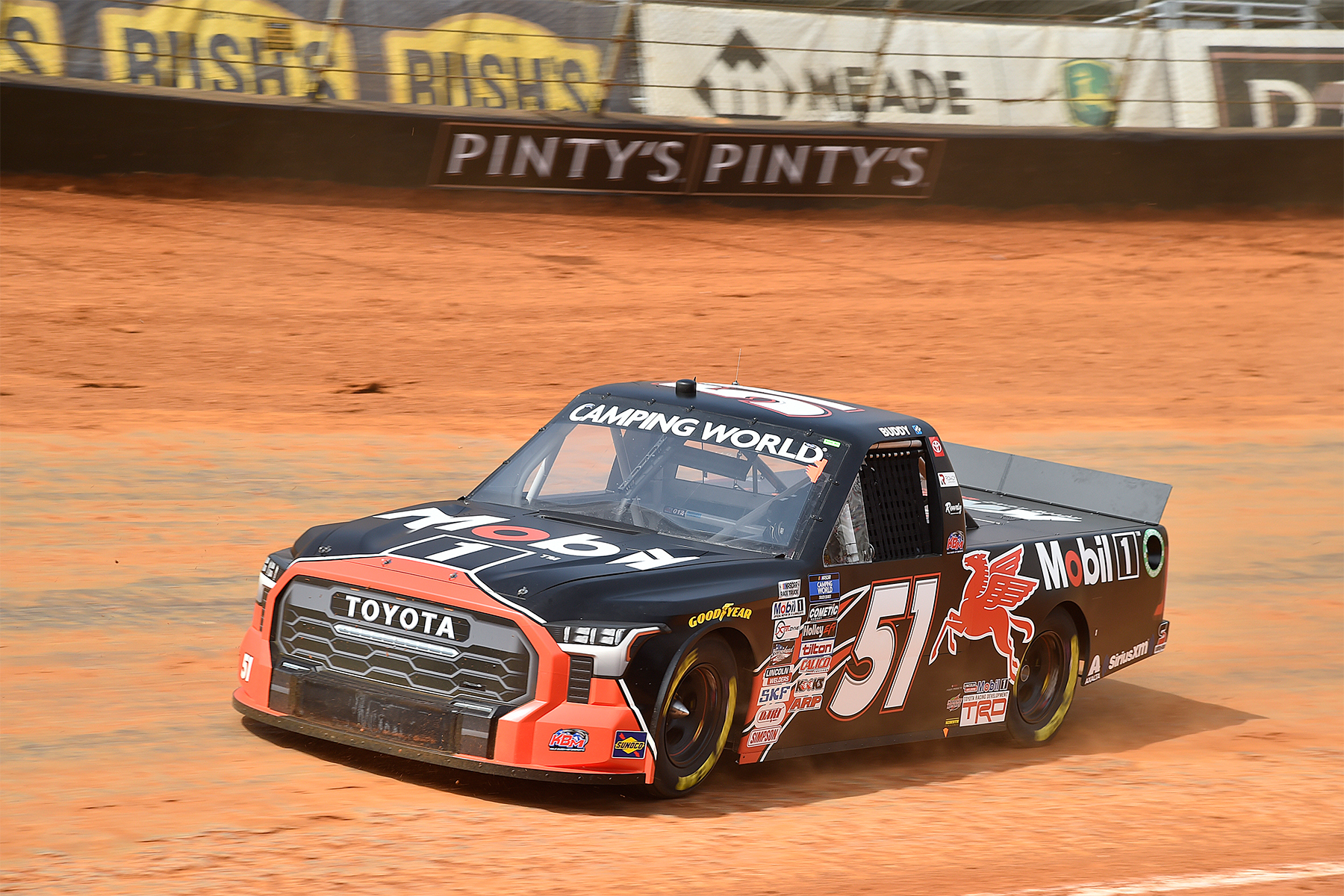 Toyota Racing Development dirt standout Buddy Kofoid made his Camping World Truck Series debut Saturday night in the Pinty’s Truck Race on Dirt. Kofoid was forced to start 32nd in the main event after an overheating issue relegated him to a ninth-place finish in Qualifying Race One.

Kofoid quickly proved why he is one of the best on dirt as he made his way into the top-10 by the end of stage two. The California native was competing in the top-five before caught in a late race incident with just 10 laps remaining.  The damage from the incident would relegate Kofoid to a 27th-place finish in his debut.

Buddy Kofoid, driver of the No. 51 Mobil 1 Tundra TRD Pro for KBM

Incredible drive through the field. Can you talk about your debut overall and the late race contact?

“I felt like we had plenty of speed today in our Mobil 1 Tundra. Being my first time in something that heavy – especially on dirt – I felt like we had a strong showing for sure. I think that last stage I felt like we were too free. We were about a third or fourth place truck, but then the guys that pitted – they started coming on like we figured. Eventually (Ben) Rhodes got to me and was trying to slide me and eventually was going to make it work. I don’t know if we made any contact or not, but when he slid in front of me, I thought we touched a little bit in the left front. When I tried to come back down, it got the attitude of the truck kind of jacked up and with kind of already being on the free side it was enough to kind of finish me off. Just kind of a tough deal and very unfortunate, but more or less just a racing deal. I felt like we had plenty of speed and made great adjustments. We made a gamble with the strategy at the stage and it almost worked. Just sucks to end it like that.”

The No. 51 team remains in fifth in the Owner’s Championship standing after the first six events of the season. They currently sit 62 points back of the ThorSport No. 99 team in first.

Corey Heim will be back behind the wheel of the No. 51 Tundra TRD Pro when the Camping World Truck Series resumes action at Darlington (S.C.) Raceway on May 6. This will mark Heim’s first start since he picked up his first career win at Atlanta on March 19. Live coverage will be on FS1, Motor Racing Network and SiriusXM at 7:30 p.m. ET.