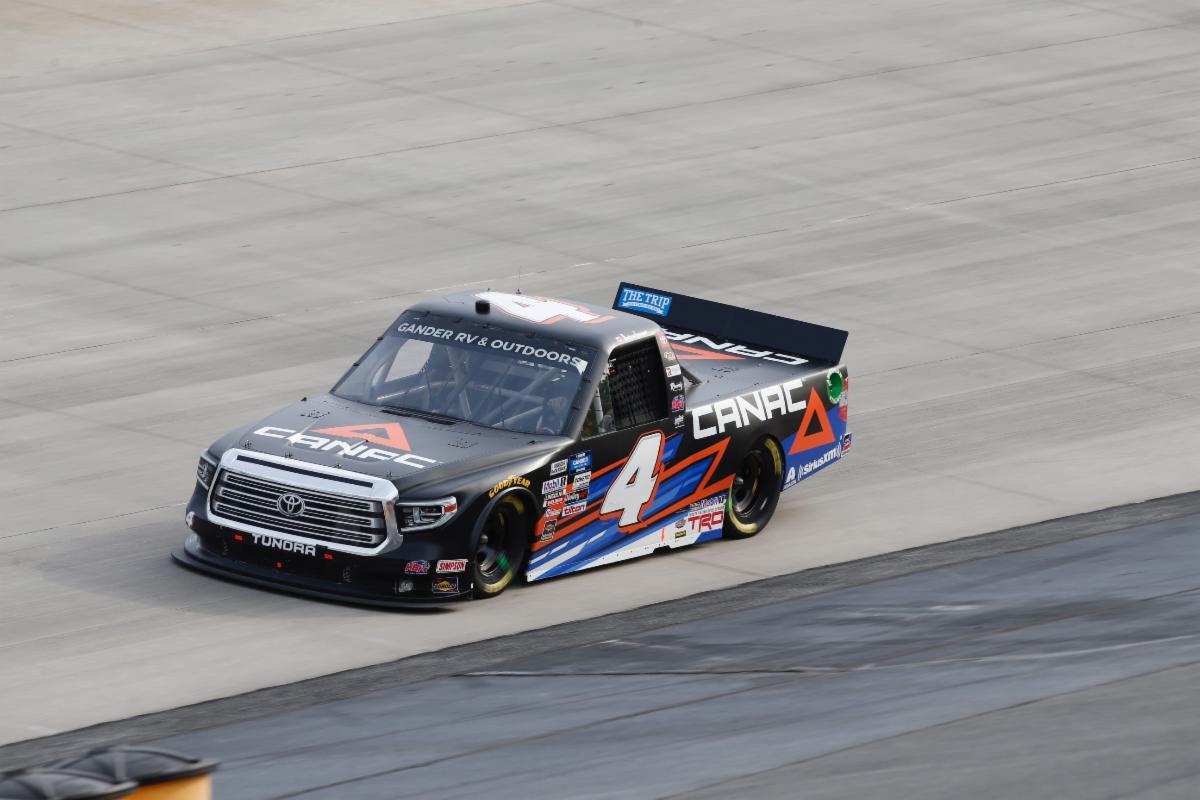 Raphael Lessard finished 19th in his second career start at Dover International Speedway. The rookie driver was running in the top-15 prior to a green-flag pit stop in the final stage before he was assessed a pass-through penalty for a commitment line violation.

The 19-year-old driver was able to score two stage points after completing the first stage in the ninth position.

Raphael Lessard, driver of the No. 4 CANAC Tundra for Kyle Busch Motorsports:

“It was not the race we wanted at Dover. We had speed when we were by ourselves. We didn’t have any grip even when we were fast. We had no grip with those tires. In traffic, we couldn’t move around. It was hard. It was a tough race for us. I made a mistake entering pit road. I couldn’t get it to turn down the banking when we pitted under green. I had to come back to pit lane. It is what it is! We will focus on Gateway and go win that one.”

After 13 events, Lessard sits 14th in the NASCAR Gander RV & Outdoors Truck Series point standings. The rookie of the year candidate sits 210 tallies behind points leader Austin Hill and 73 points behind Todd Gilliland for the 10th and final playoff spot with three races remaining in the regular season.

Lessard will be back behind the wheel of the No. 4 Tundra when the NASCAR Gander RV & Outdoors Truck Series resumes action on Sunday, Aug. 30 at World Wide Technology Raceway at Gateway in Collinsville, Ill. Live coverage will be on FS1, Motor Racing Network and SiriusXM at noon ET.