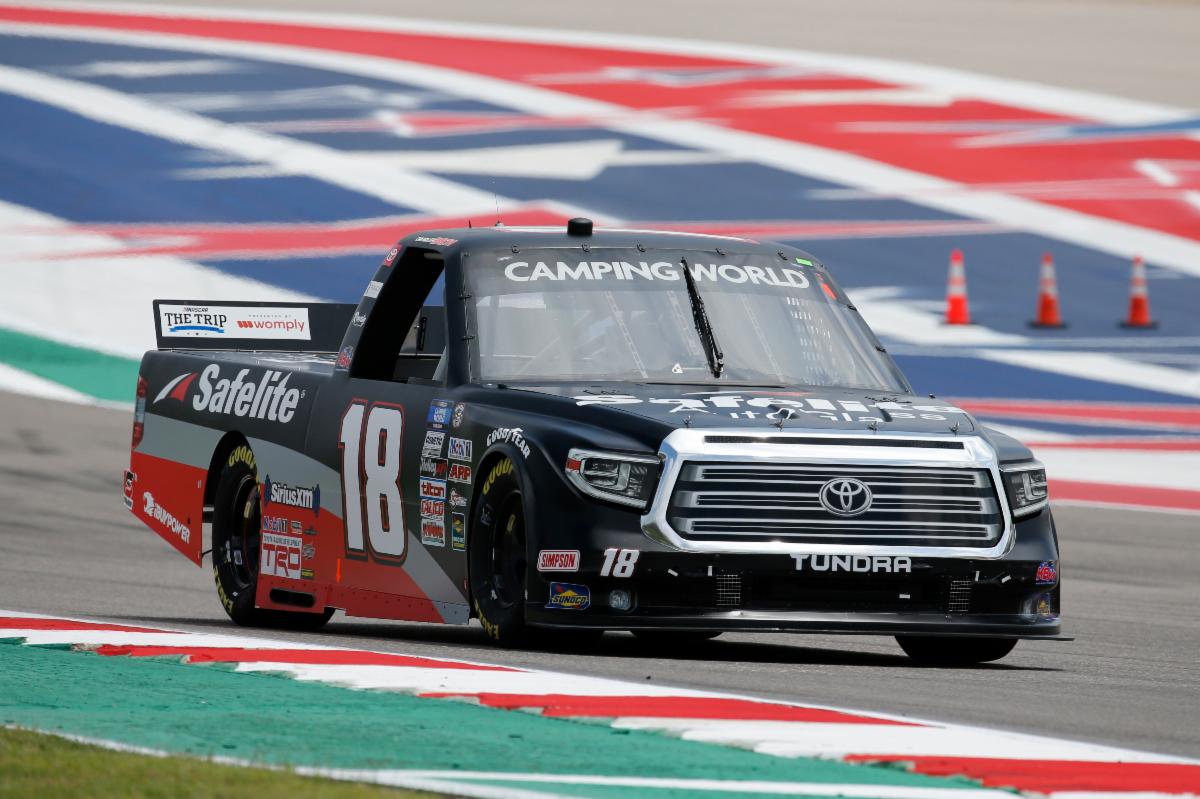 Chandler Smith was running ninth with two laps remaining the Toyota Tundra 225 when his Safelite AutoGlass Tundra experienced a wheel hop and ended up mired in a sandy run-off area. Smith would be relegated to a disappointing 33rd-place finish.

Smith will be back behind the wheel of the No. 18 Safelite AutoGlass Tundra when the NASCAR Camping World Truck Series resumes action Friday May 28 at Charlotte (N.C.) Motor Speedway. Live coverage of the North Carolina Education Lottery 200 will be on FS1, Motor Racing Network and SiriusXM at 8:30 p.m. ET.