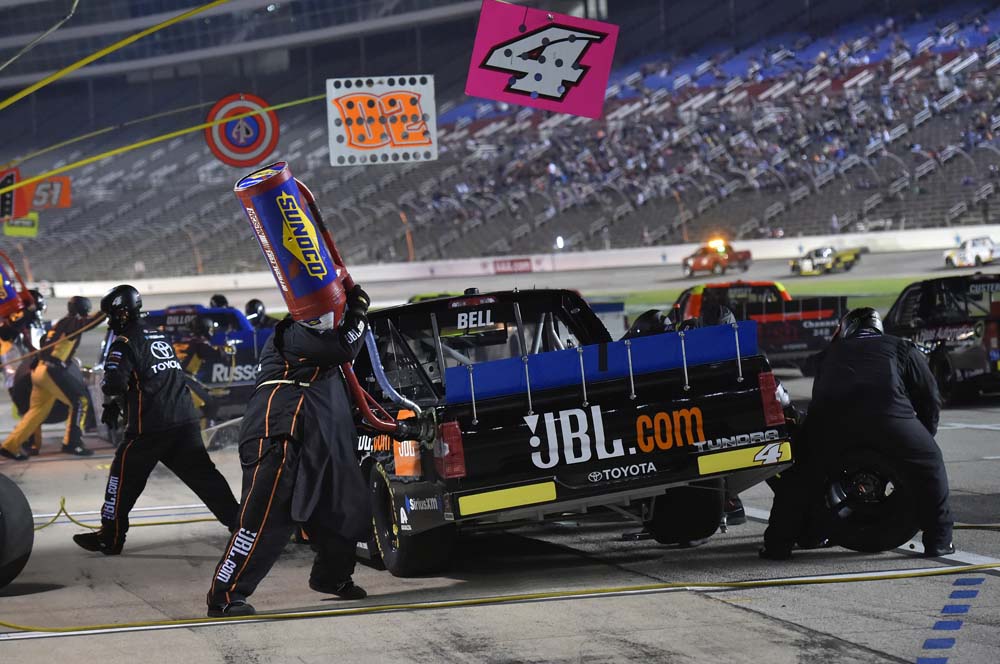 After running inside the top three for the majority of Friday night’s Striping Technology 350 at Texas Motor Speedway in Fort Worth, a slow pit stop and high engine temperatures in the closing laps left Christopher Bell with a disappointing 11th-place finish. Bell and the No. 4 JBL Racing team now head to Phoenix (Ariz.) International Raceway for the final race in the Round of 6 sitting third in the point standings, four points ahead of the cutoff for making the Championship 4 at Homestead (Fla.) Miami Speedway.

“It’s just a bummer day — we had a shot to win there with a really fast JBL Toyota Tundra,” Bell said. “Sucks to end up 11th, but we’re still in the hunt and still in the game here. Points are really tight going into Phoenix and we have to make it count.” 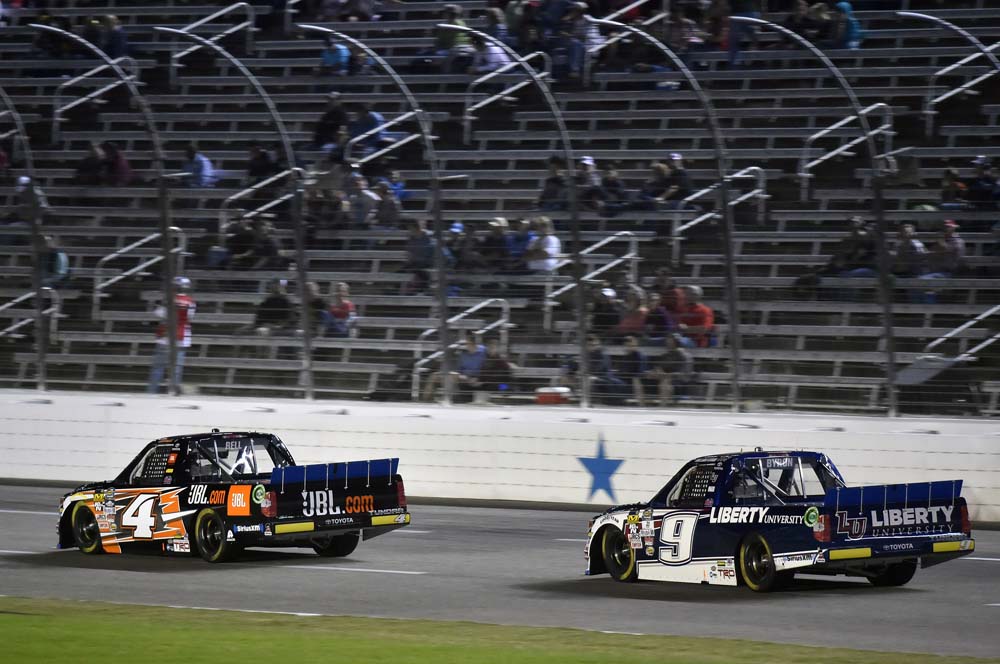 Bell earned the ninth starting position, but methodically maneuvered his way forward in the opening laps of the 147-lap event. He made his way into the top five on lap nine and by lap 15 had settled into the third position. The Oklahoma native remained third when the competition clock expired on lap 39 and set up the first round of pit stops.

When pit road opened, the No. 4 JBL Tundra hit pit road for a four-tire and fuel stop. Bell returned to the track scored in the third position for the lap-43 restart. The Rookie of the Year contender swapped back and forth between the second and third spots during the next green-flag run and was scored third when the caution clock expired for the second time on lap 82.

Before hitting pit road for the second time, Bell communicated to crew chief Jerry Baxter that his Toyota was “not bad, but needs a little bit of rear grip.” The over-the-wall crew administered a four-tire and fuel stop with a trackbar adjustment and returned their driver to the track in the third position for the ensuing restart on lap 86.

Bell was able to advance up to the second spot when the field went back green and remained there for the next 20 laps. On lap 107, he fell back to the third position as he alerted his crew chief that his JBL Tundra was “a little tight on exit.” The final caution of the event slowed the field for the third time on lap 125. He hit pit road for the final time for four fresh tires and fuel tank of fuel, but after a slow stop returned to the track in the 10th position.

The field went back green with 18 laps remaining and within five laps Bell had catapulted his way back up to the sixth spot. As he closed in on the top five, the young driver reported that the temperature gauge was extremely high and he smelled smoke in the cockpit. With 10 laps to go he had fallen back to the ninth position with the engine not operating at full power. He lost two more spots in the closing laps and saw his streak of six consecutive top-10 finishes come to an end.

William Byron finished sixth in his KBM Liberty Tundra and currently holds the second position in the Championship Four with once race remaining.

The second race in the Round of 6 in the Truck Series Chase featured three cautions for a total of 12 laps. There were seven lead changes among four drivers.

Bell will be back behind the wheel of the No. 4 Toyota Tundra when the Truck Series resumes action Friday, Nov. 11 at Phoenix (Ariz.) International Raceway. Live coverage of the Lucas Oil 150 begins with the NCWTS Setup show at 9:30 p.m. ET on Fox Sports 1.