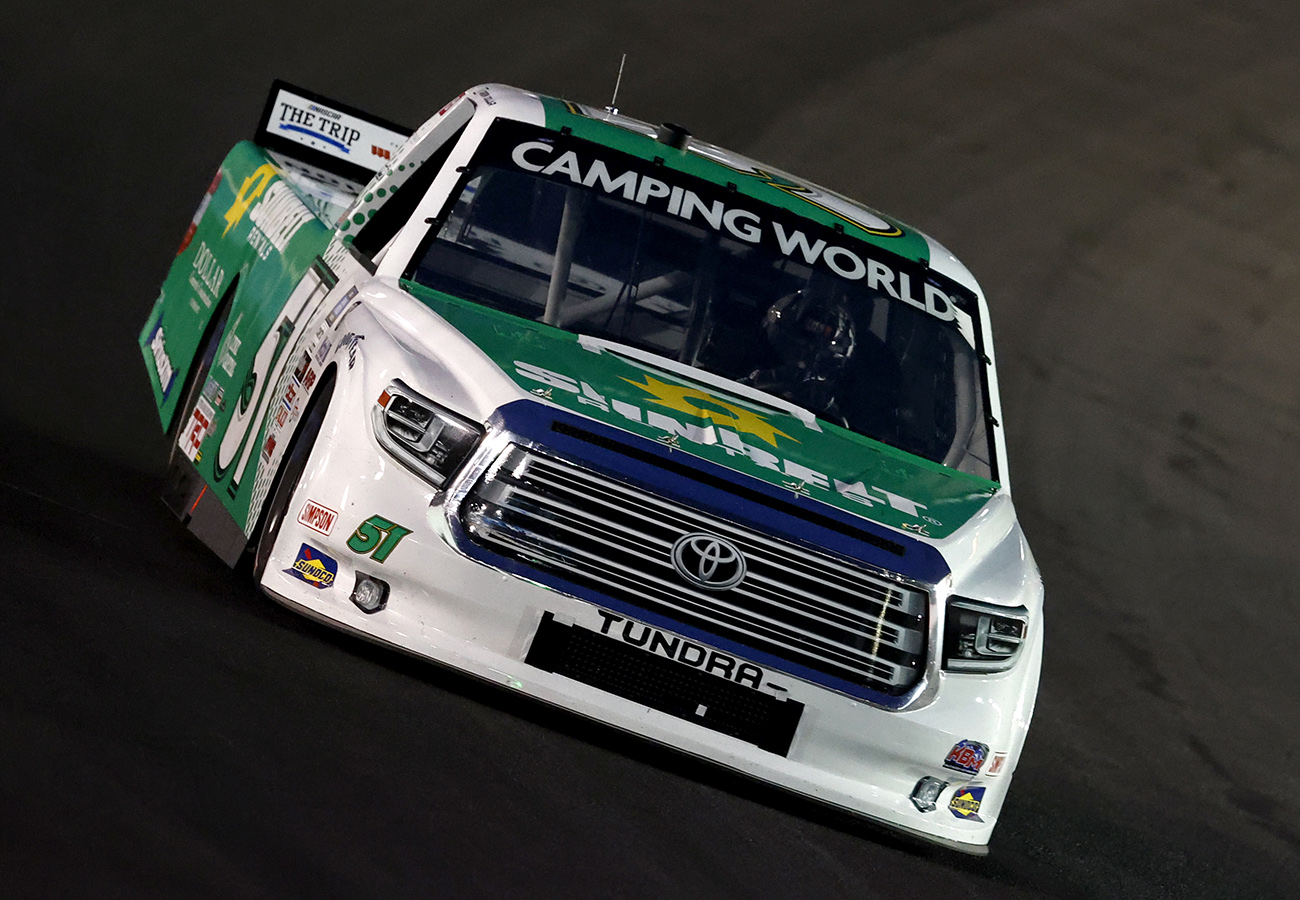 Despite running in the top 10 in the final stage, Drew Dollar was credited with a 20th-place finish after receiving damage from an accident with 20 laps remaining in the North Carolina Education Lottery 200.

After 10 races, the No. 51 team sits third on the owner’s championship standings, just 63 points behind the No. 4 team.

The No. 51 returns to the track with Dollar when the NASCAR Camping World Truck Series resumes action on Saturday, June 12 at Texas Motor Speedway in Fort Worth. Live coverage will be on FS1, Motor Racing Network and SiriusXM at 1 p.m. ET.