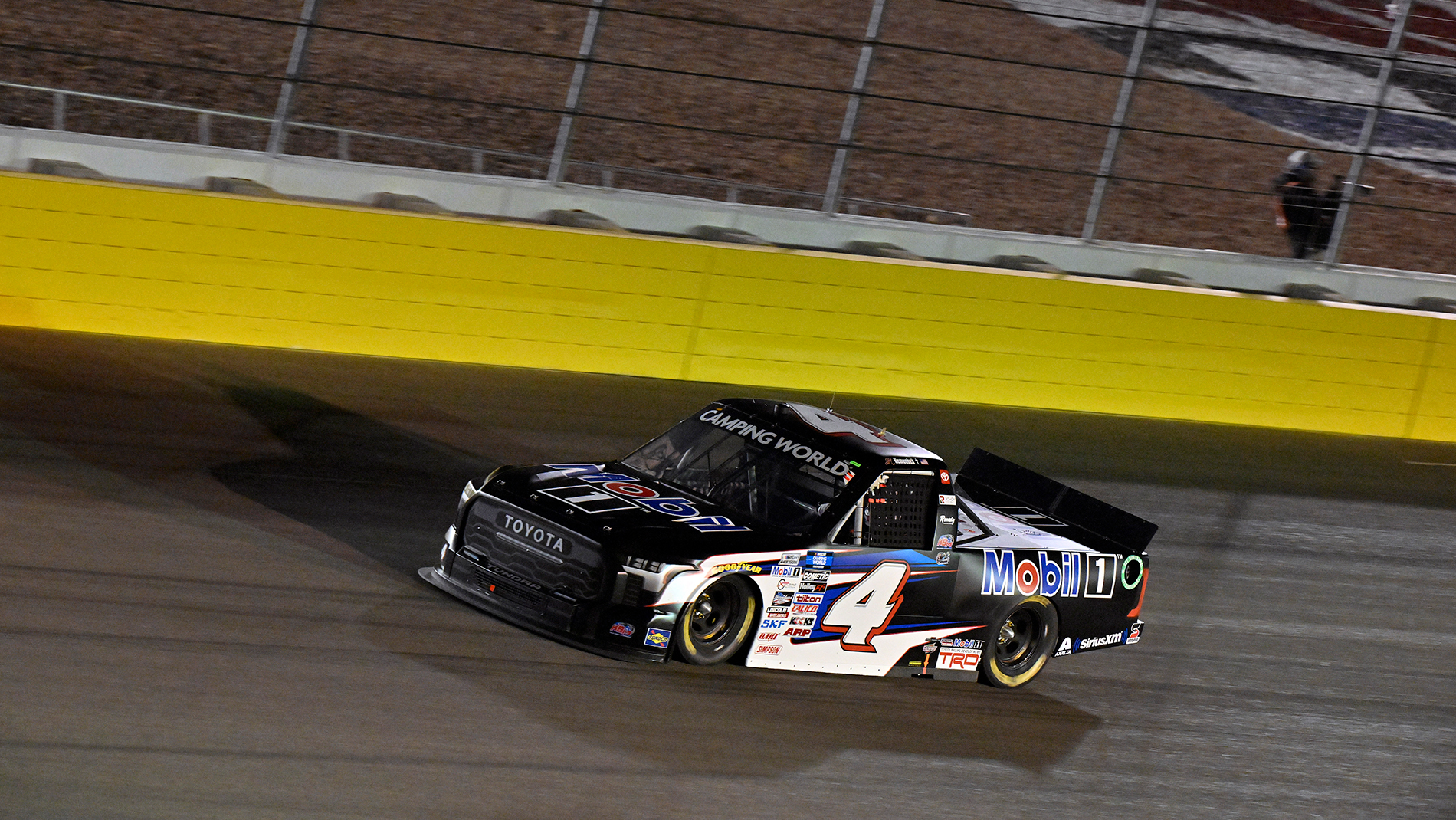 John Hunter Nemechek earned the pole for Friday night’s Victoria’s Voice 200 at Las Vegas Motor Speedway after putting down a lap time of 30.238 in the qualifying session earlier in the day. The Mobil 1 driver battled handling issues throughout much of the first stage but was able to recover for an eighth-place finish in the opening stanza, earning three stage points.

The second-generation driver would battle within the top-five for most of Friday night’s contest including leading three different times for a total of 23 laps. As the race was winding down, Nemechek got shuffled back on the final restart of the night before suffering a flat tire and being caught up in a two-truck incident, relegating him to a 25th-place finish.

Nemechek will be back behind the wheel of the No. 4 Mobil 1 Tundra when the NASCAR Camping World Truck Series resumes action Saturday March 19 at Atlanta (Ga.) Motor Speedway. Live coverage of the Fr8Auctions 200 will be on FS1, Motor Racing Network and SiriusXM at 2:30 p.m. ET.