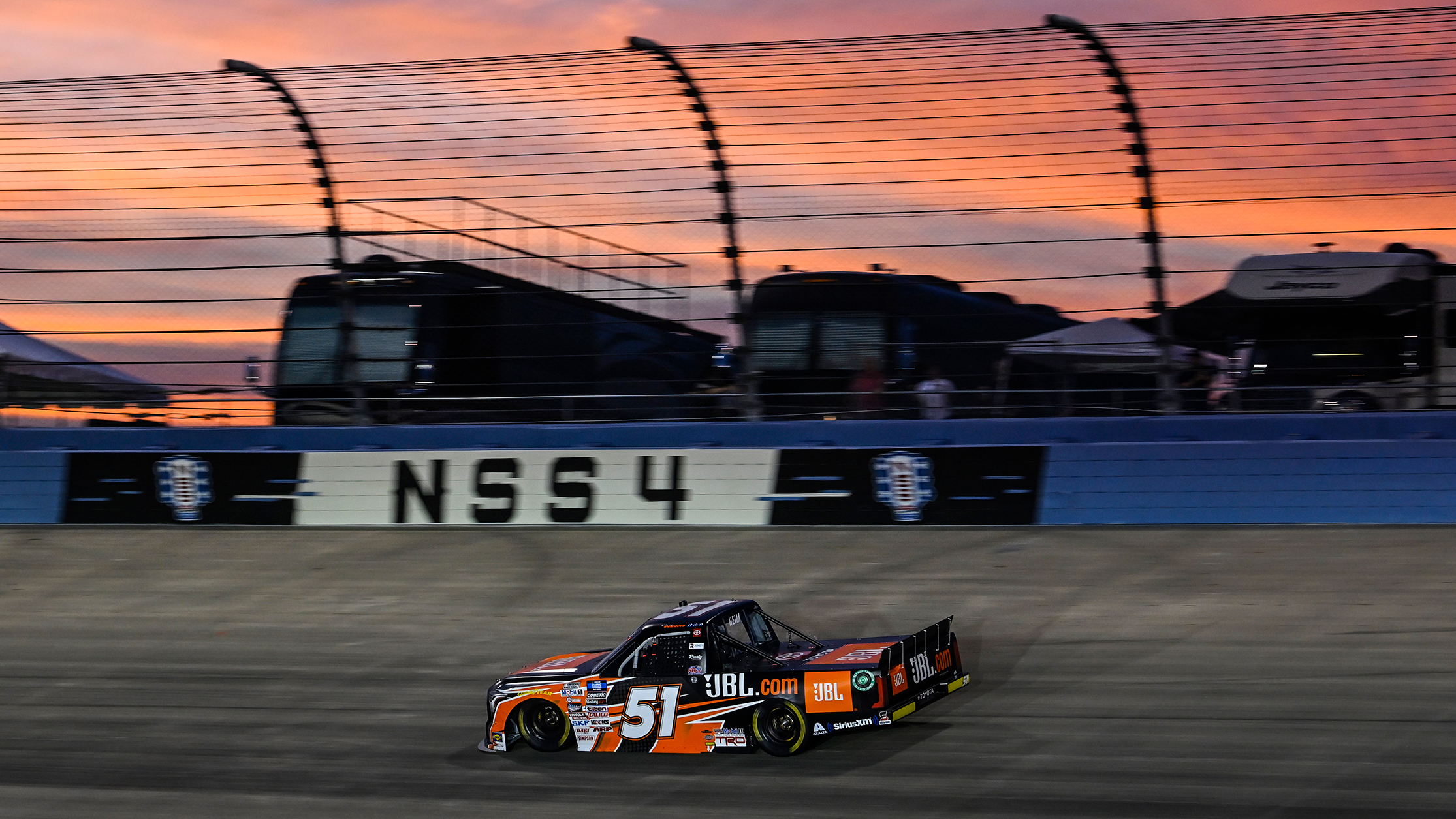 Corey Heim started Friday’s 150-lap event at Nashville (Tenn.) Superspeedway in fourth after laying down a lap time of 29.982 seconds. This marked Heim’s fifth straight qualifying effort where he started inside of the top-five.

Heim ran within inside of the top-five for the first 95 laps of the night and earned the No. 51 team an additional 16 stage points after finishing the first two stages in third. As the laps were winding down in the Rackley Roofing 200, Heim was involved in a three-truck incident on lap 128, ending his solid run and relegating him to a 33rd-place finish.

With two races remaining in the regular season, the No. 51 team now sits in eighth in the Owner’s Championship standings. They find themselves 94 points behind the No. 38 Front Row Motorsports team in first but are locked into the owner’s portion of the playoffs from Heim’s two wins.

Heim and the No. 51 team will take on Mid-Ohio Sports Car Course when Camping World Truck Series action resumes on Saturday, July 9. Live coverage of the O’Reilly Auto Parts 150 will be on FS1, Motor Racing Network and SiriusXM at 1:30 p.m. ET.