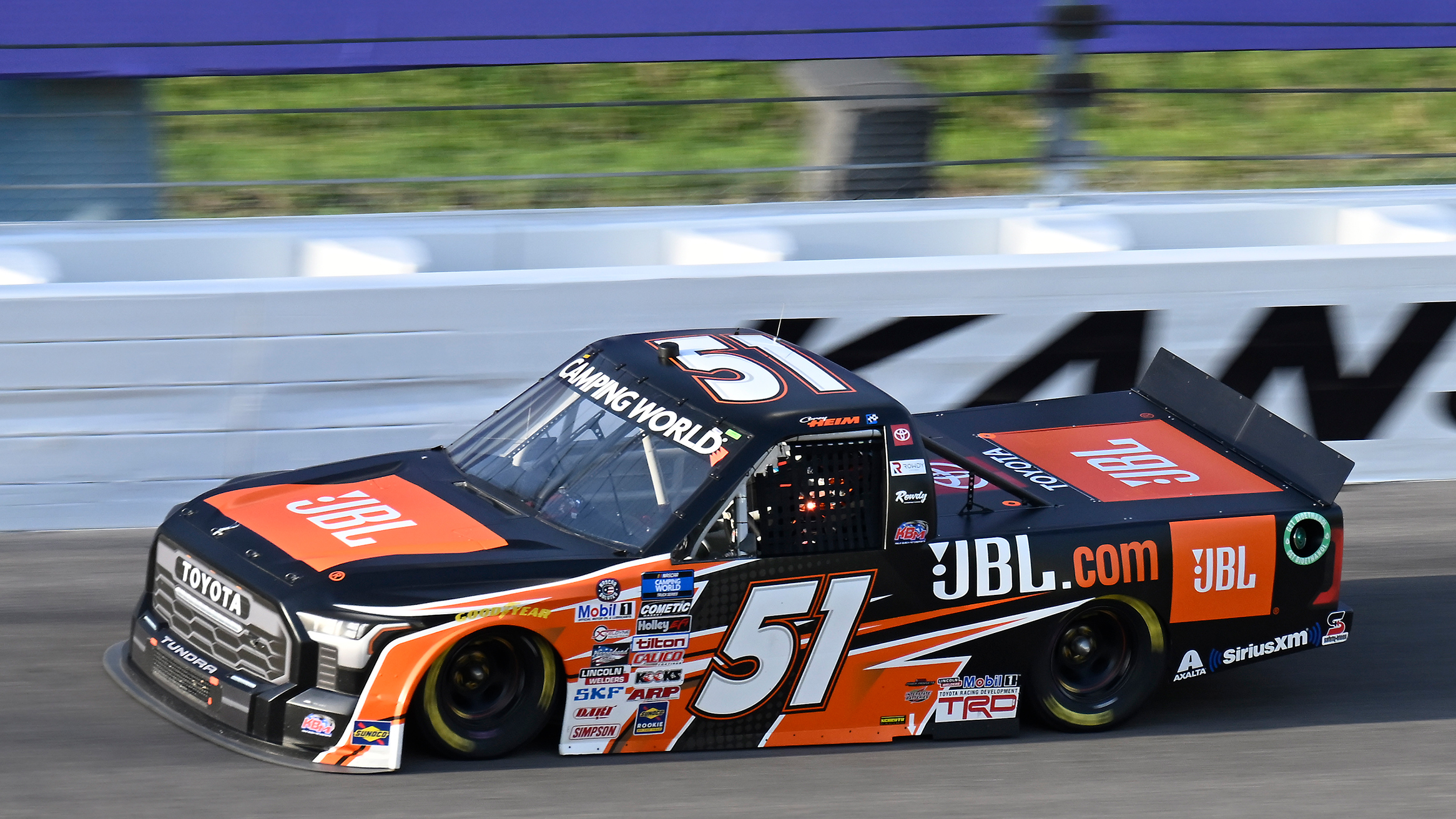 Corey Heim lined up on the front row in second for the 134-lap event at Kansas Speedway next to Kyle Busch Motorsports (KBM) teammate John Hunter Nemechek. Heim fell back to fourth on the initial restart but powered his way back up to the front to win his first career stage in the Camping World Truck Series.

The talented rookie continued his strong run before handling issues in the Final Stage caused Heim to contact the outside fence, cutting down a tire and forcing the No. 51 team to make three unscheduled pit stops. The damage from the flat tire would relegate Heim to a 33rd-place finish.

The No. 51 team lost two positions in the Owner’s Championship standings and currently sit in 11th, 91 points back of the ThorSport Racing No. 99 team in first.

Corey Heim will pilot the No. 51 Tundra TRD Pro for his third consecutive race as the Camping World Truck Series action heads to Texas Motor Speedway next week. Live coverage of the SpeedyCash.com 200 will be on FS1, Motor Racing Network and SiriusXM at 8:30 p.m. ET.