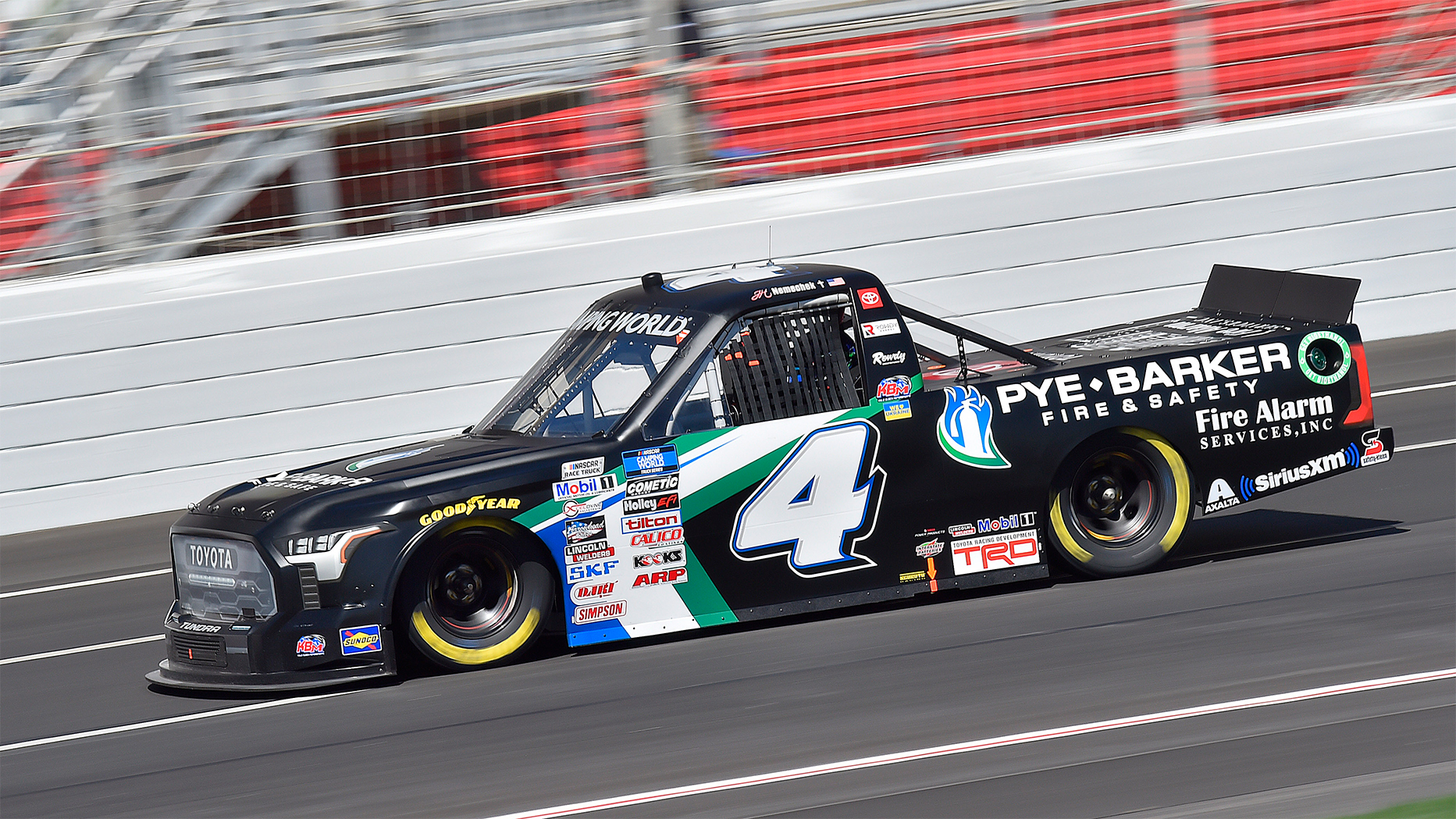 John Hunter Nemechek once again showed speed, led laps and ran up front, but his tough start to the 2022 season continued Saturday in the Fr8 208 at Atlanta Motor Speedway. After starting at the rear of the field due to unapproved adjustments, Nemechek finished ninth in the opening stage of the race and took his first lead of the race on lap 51.

The second-generation driver would battle with ThorSport Racing driver Ty Majeski with the laps winding down in the second stage. The stage would ultimately end under caution with Nemechek scored in first, picking up 10 stage points and an additional playoff point.

Nemechek and the No. 4 team would be scored eighth as the field took the green flag for the final stage. With just 24 laps remaining and running in the top-10, the No. 4 Pye-Barker Tundra suffered a flat tire after brushing the wall. The damage forced Nemechek to go two-laps down and ultimately finish 24th.

Despite not having the finishes to show for it, the talented wheelman has led double-digit laps in each of the first three races this season and leads the Truck Series with three stage wins.

John Hunter Nemechek, driver of the No. 4 Pye-Barker Tundra TRD Pro for KBM

What happened with you getting the damage?

“I got to the outside of the No. 38 and he squeezed me a little bit and I lost air on the right rear and ended up touching the fence and ruined our day.”

Despite the 24th-place finish, Nemechek remains eighth in the Camping World Truck Series standings, 52-points behind the leader.

Nemechek will be back behind the wheel of the No. 4 ROMCO Tundra TRD Pro as the NASCAR Camping World Truck Series heads to The Circuit of the Americas (Austin, TX) on March 19. Live coverage of the XPEL 225 will be on FS1, Motor Racing Network and SiriusXM at 1 p.m. ET.