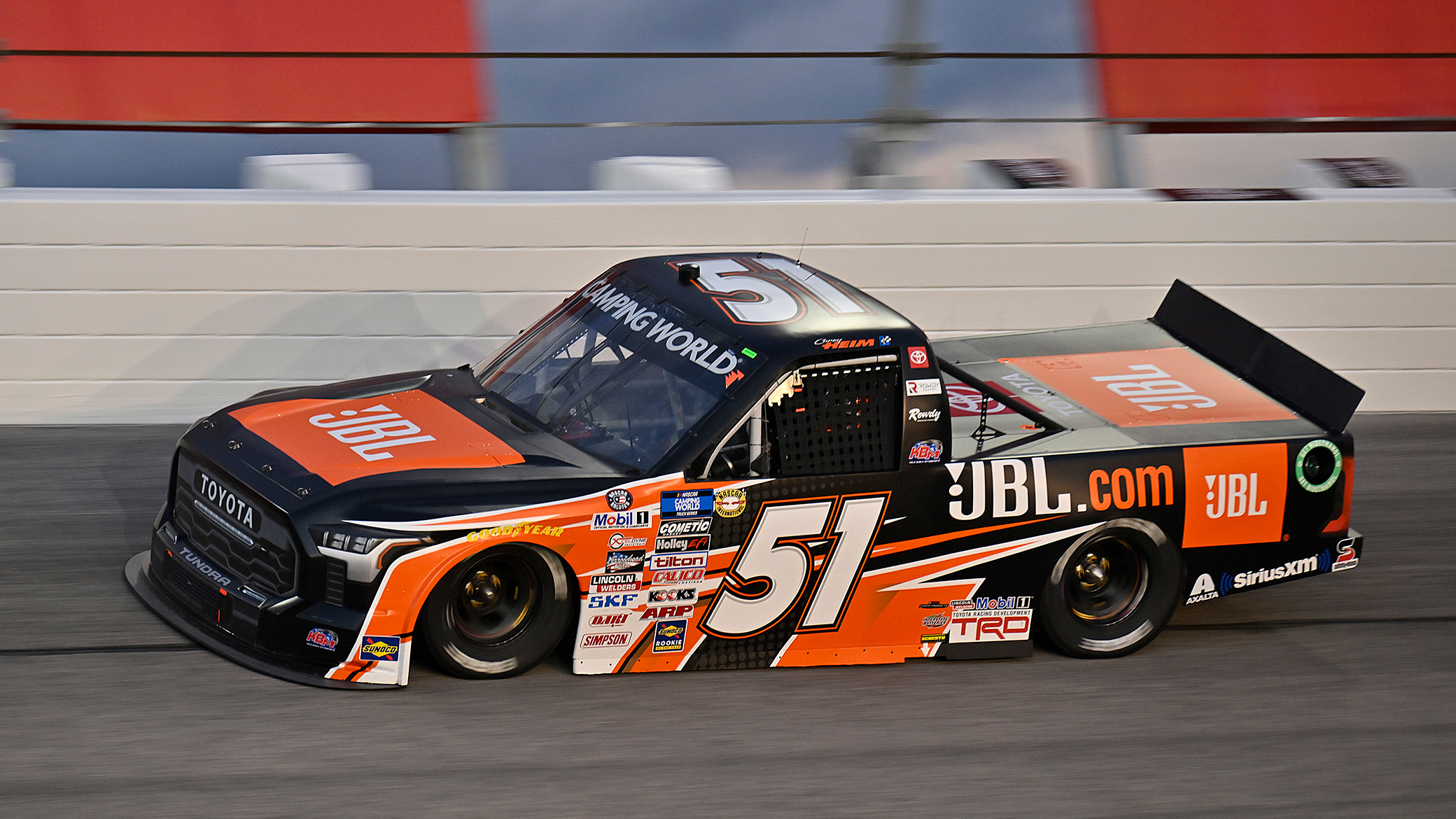 Corey Heim got back behind the wheel of the No. 51 JBL Tundra TRD Pro for the first time since picking up his first career NASCAR Camping World Truck Series win at Atlanta Motor Speedway on March 19.

Heim battled handling issues for most of the 200-mile event at Darlington on Friday night before a flat tire in the final stage relegated him to a 22nd-place finish. The 19-year-old driver will be back behind the wheel of the No. 51 Tundra next weekend as Camping World Truck Series action heads to Kansas Speedway.

The No. 51 fell back four spots in the Owner’s Championship standings to ninth after the first seven races of the season. They currently it 77 points back of the ThorSport Racing No. 99 team in first, but currently have a spot in the owner’s playoffs secured via Heim’s Atlanta win.

Corey Heim will be back behind the wheel of the No. 51 JBL Tundra TRD Pro next weekend when Camping Word Truck Series action heads to Kansas Speedway. Live coverage will be on FS1, Motor Racing Network and SiriusXM at 8 p.m. ET.