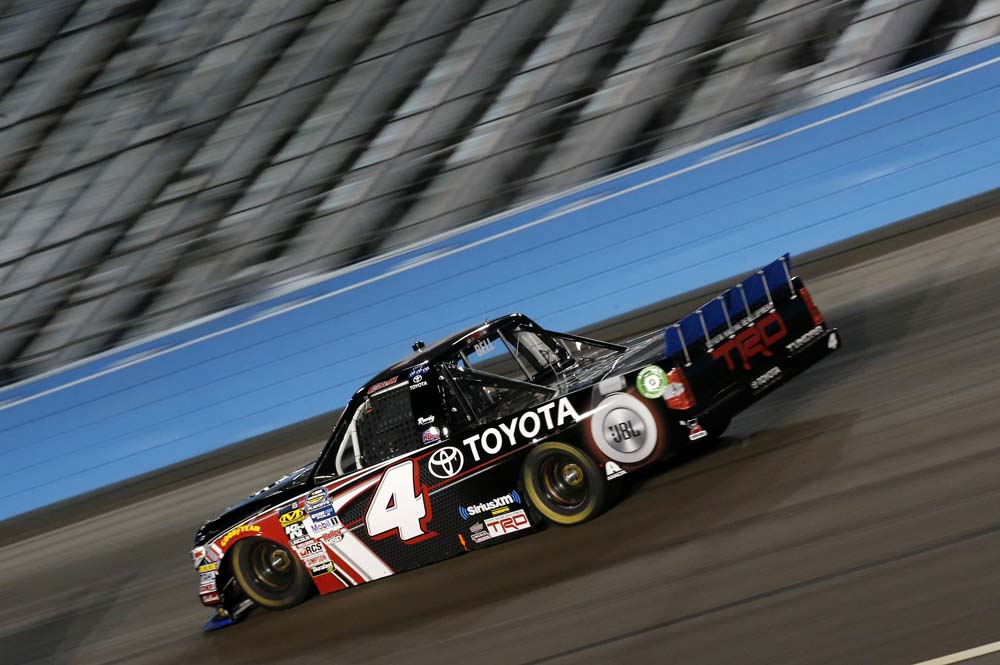 Kyle Busch Motorsports (KBM) teammates Christopher Bell and Noah Gragson had combined to lead the first 140 laps of Friday night’s Lucas Oil 150 at Phoenix (Ariz.) Raceway when a five-truck accident set up a 10-lap dual in the desert.

Having inched past Gragson to regain the lead moments before the caution flew, Bell elected to take the outside lane for the lap-140 restart. For over two laps the teammates battled side-by-side rubbing fenders for the race lead. As they exited turn four with eight laps remaining, Gragson got loose underneath Bell and spun up the track crashing hard into the outside wall before caroming back across the track into another truck. While trying to avoid the spinning Gragson, Bell made contact with the outside wall resulting in heavy damage to the right side of his No. 4 Toyota Tundra.

When pit road opened, Bell surrendered the lead to bring his Tundra to the attention of his over-the-wall crew. After clearing the right-side fenders and putting on fresh right-side tires, they returned their driver to the track scored in the 10th position for the ensuing restart with three laps remaining.  The Oklahoma native gained two spots in the closing laps to earn an eighth-place finish.

By finishing the Round of 6 with the most points of the six drivers remaining in the playoffs, Bell earned one of the four spots in the championship race next Friday at Homestead-Miami (Fla.) Speedway. 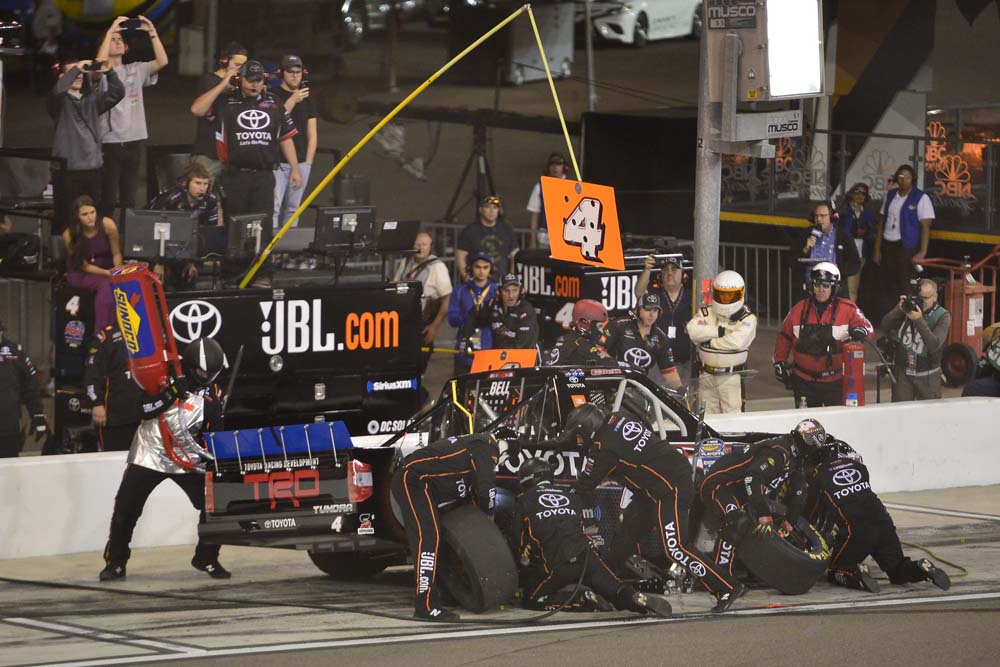 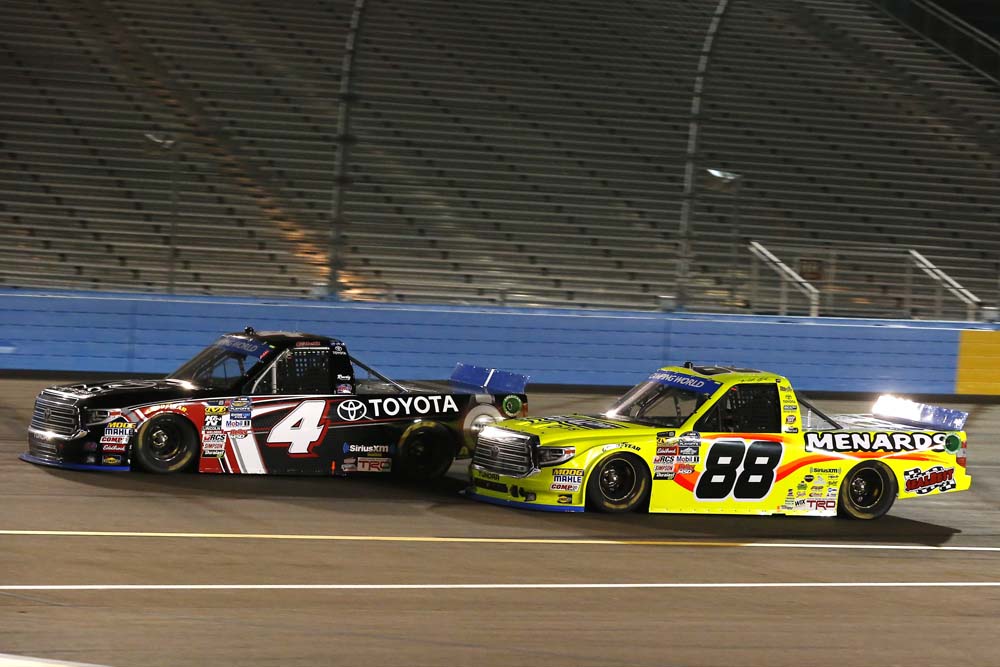 Can you take us through the side-by-side racing with Noah Gragson?

“It was really intense and we were both doing everything we could to go for the win. It’s a big advantage to be on the outside because you have all the side force and whenever you crowd him like that you take all the air off the side of his truck. I knew that I was playing with fire there and that there was a good possibility that I was going to get us both in trouble. He (Noah Gragson) was doing a really good job down there of hanging onto it and keeping it up – we were just racing really hard and it didn’t work out.”

Bell finished the Round of 6 with 3,184 points, three more than Johnny Sauter. Sauter earned a spot in the championship round with his two victories in the Round of 6, while Bell, Matt Crafton and Austin Cindric earned the other three spots in next week’s championship race at Homestead-Miami (Fla.) Speedway based on points.

Bell will be behind the wheel of the No. 4 JBL Tundra when the Truck Series resumes action Nov. 17 at Homestead-Miami Speedway. Live coverage of the NCWTS championship race begins with the NCWTS Setup Show at 7:30 p.m. ET on FS1.