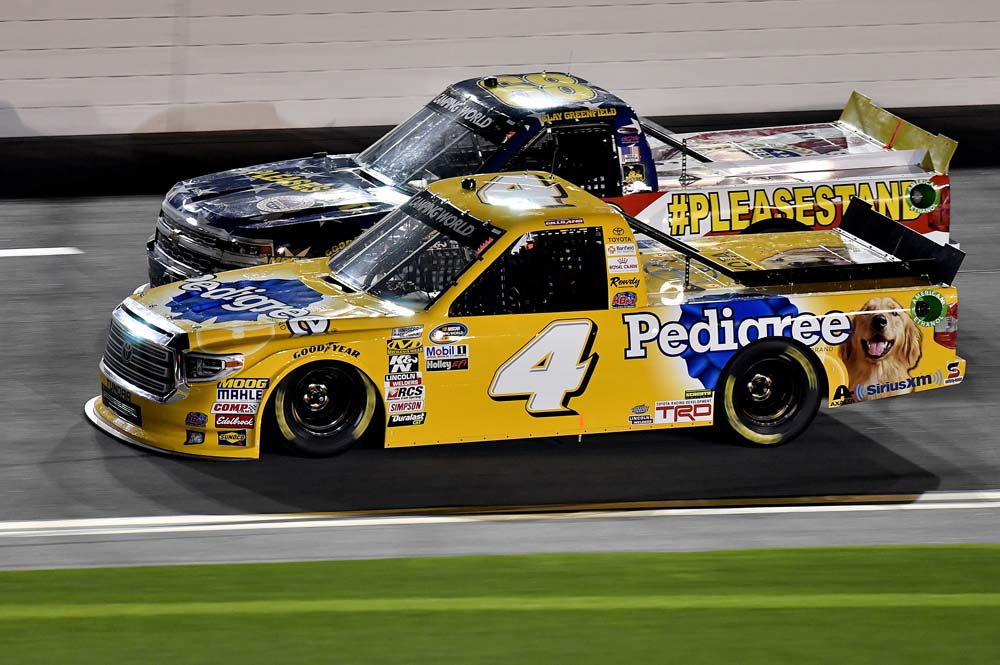 Veteran driver David Gilliland came to Daytona not only to fill in for his son, Todd, who is not old enough to compete at Daytona, but he came with the intent to win the race. After claiming the pole in his No. 4 PEDIGREE® Tundra, Gilliland kept it up front all night leading 30 of 100 laps before contact with the wall late in the race dashed his hopes. 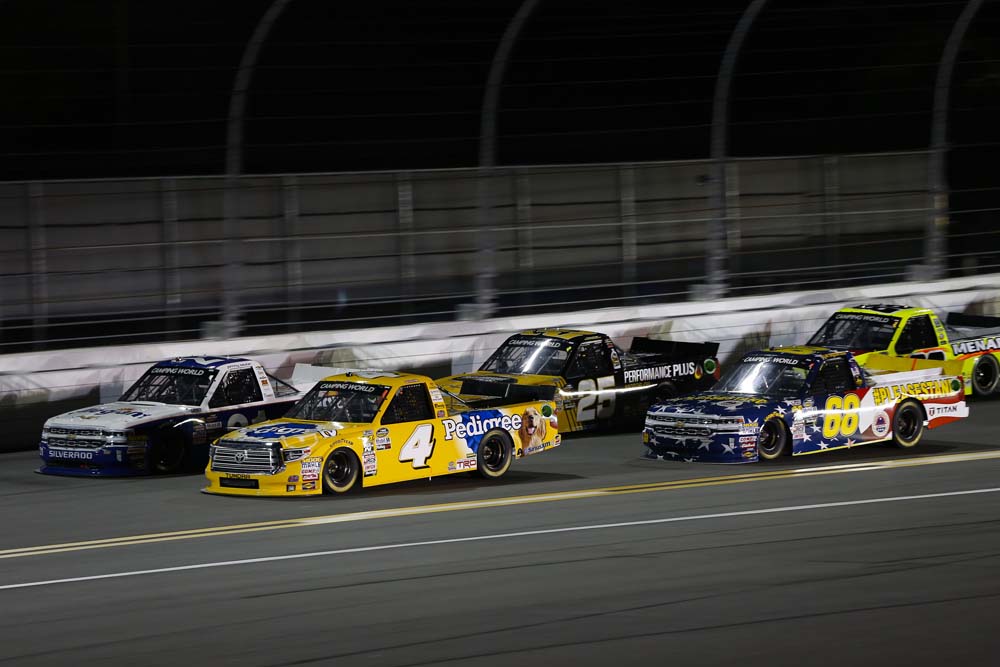 • Starting from the pole, Gilliland stayed up front for the first 20-lap stage. His Tundra was a bit free with other trucks around him, but he was still first when the stage ended. He came to pit road for fuel and a track bar adjustment to tighten up the truck.

• Gilliland was sixth for the start of the second stage. His handling improved and he was third at the end of the second 20-lap stage. He pitted on lap 43 for fuel only and no adjustments.

• As the final 60-lap stage began, Gilliland was scored in first. He was very happy with the speed of his Tundra and by running up front, avoided the several multi-truck accidents behind him in stage three.
• After a restart on lap 87, Gilliland lined up second with his KBM teammate, Spencer Davis, behind him in fourth. Davis pushed him into the lead with nine laps to go, but one push got him loose and accidentally spun him into the wall. Gilliland was forced to pit for tires and to fix the right-side damage, relegating him to a 21st-place to finish. 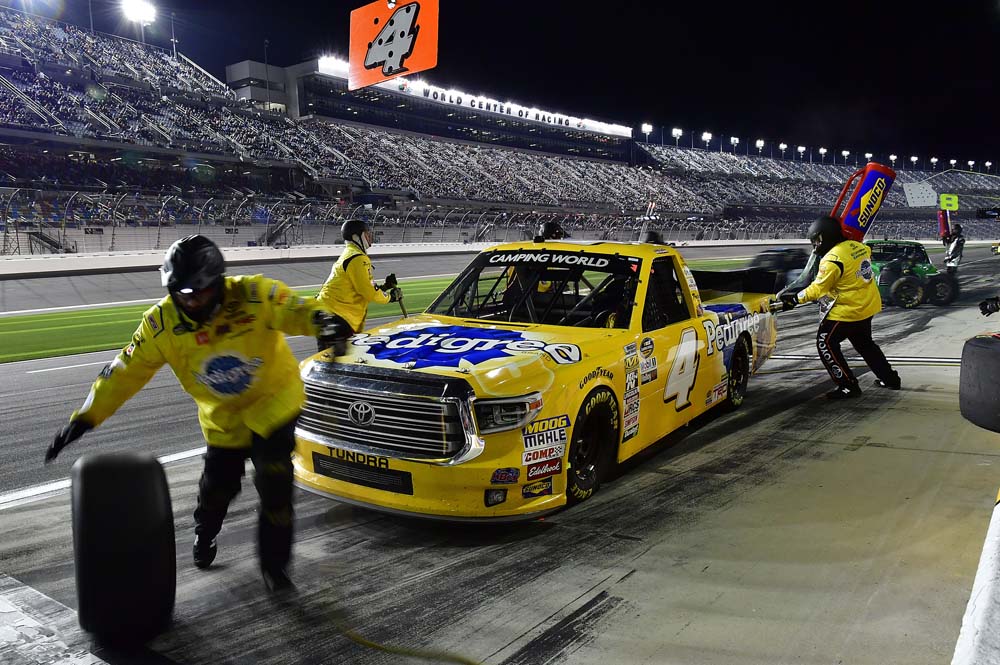 DAVID GILLILAND, driver of the No. 4 PEDIGREE® Tundra for Kyle Busch Motorsports:

How strong was the truck before contact with the wall?

“We were exactly where we wanted to be. I have to thank TRD, Toyota, KBM and PEDIGREE®. That was the most fun I’ve had racing in 10 years, at least. A lot of fun racing with all these guys. These bumpers don’t line up really good and you have a lot of people learning out here. We felt like we were in the exact position that we wanted to be in, we fell back a little and we were able to get back up to the front. I just can’t say enough about how fast that truck was. That Toyota Tundra was so fast, it was awesome.”

• The race featured seven cautions for a total of 35 laps. There were 21 lead changes among 10 drivers. Gilliland led six times for 30 laps and KBM’s Noah Gragson led once for one lap.

The No. 4 team leaves the first race of the season ranked sixth in the Truck Series Owner Championship Standings, 25 points out of first.

Kyle Busch will be behind the wheel of the No. 4 Cessna Tundra when the Truck Series returns to action February 24 at Atlanta Motor Speedway in Hampton, Ga. Live coverage of the Active Pest Control 200 begins at 4:30 p.m. ET on FS1.