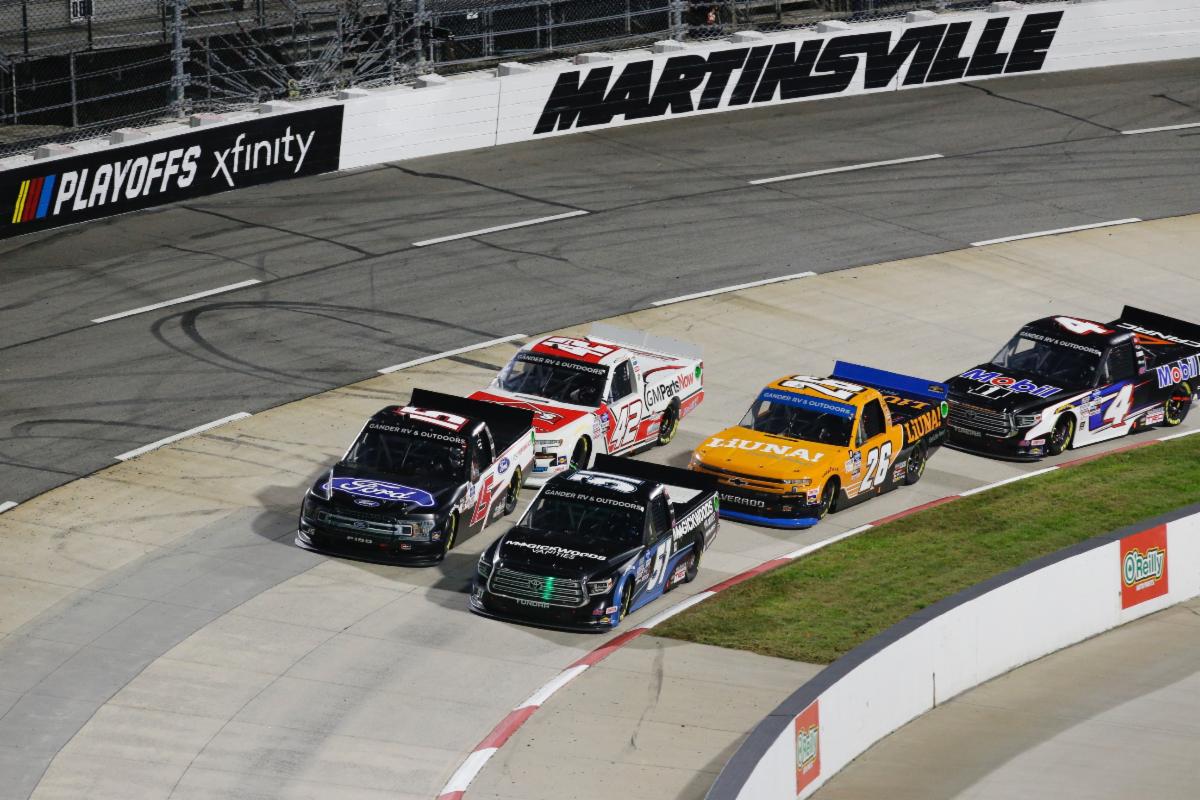 Brandon Jones brought home the No. 51 Magick Woods Tundra in the 17th position after a spin coming off Turn 2 on the final lap of the NASCAR Hall of Fame 200 at Martinsville Speedway. The No. 51 team would finish eighth in the owner’s standings failing to advance to the Championship 4 at Phoenix Raceway.

After three races in the Round of 8 in the owner’s playoffs, the No. 51 team would finish the round in the eighth position.

Chandler Smith will be back behind the wheel of the No. 51 Tundra when the NASCAR Gander RV & Outdoors Truck Series resumes action on Friday, Nov. 6, 2020, at Phoenix Raceway. Live coverage will be on FS1, Motor Racing Network and SiriusXM at 8 p.m. ET.