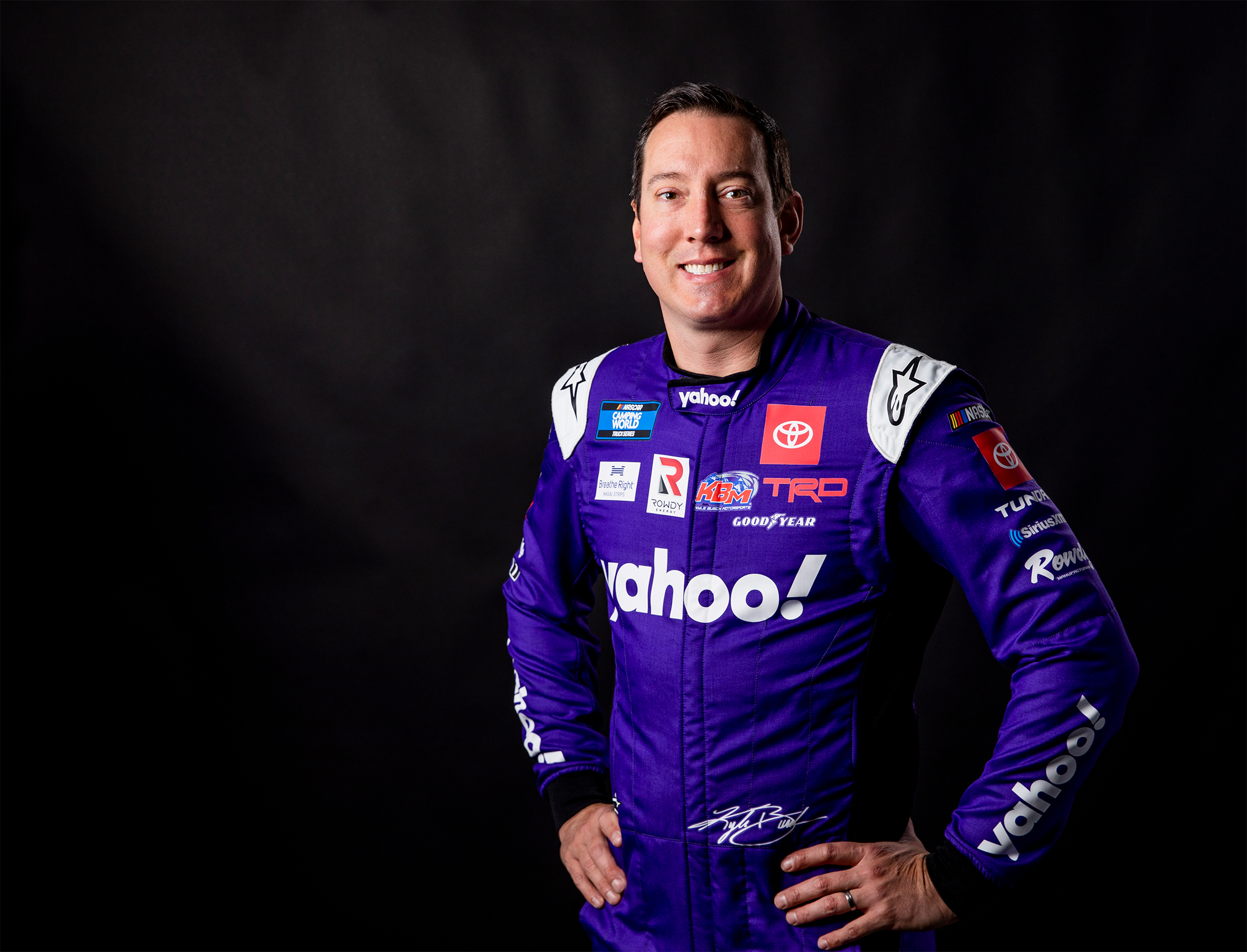 What are your thoughts on possibly being the first active cup series driver to win both the Truck Series and Cup Series races in the same weekend at Sonoma Raceway?

“I think everyone knows how much I like to win an inaugural race in any series, so would certainly hope we can go out to Sonoma and have a shot to win the first Camping World Truck Series there since 1998. We’ve got a new sponsor to KBM onboard this weekend, so getting Yahoo to victory lane in their first race on one of our Tundra TRD Pros would be really cool. I’ve always enjoyed racing at Sonoma. We’ve had top-five finishes five out of the last six Cup races there, but haven’t been able to get back to victory lane there since 2015. It would be great to have a shot to get to win on Saturday in the Truck Series and get back to victory lane there in the Cup race on Sunday.”

Do you believe your experience and two cup series wins at this track will help you beat the competition since the truck series hasn’t run on this track since 1998?

“Sonoma has been a really fun place to race over the years. I used to look at road course racing as a weekend off. You only had two races that you turned left and right and you would go out there and try to have fun and you either had a really good day or a bad day you moved on. Now that we have six road course on the schedule, there’s definitely more focus on road course racing and time spent on it than it was in the past. So to get that experience on the same track with the Truck Series and to see how the tire reacts will be a good thing for us at Sonoma and hopefully it will help us out on Sunday as well.”

KBM-71: The No. 51 Yahoo! team will race KBM-71 for Saturday’s race at Sonoma. This is the same Tundra that Busch led a race-high 31 laps with earlier this year at Circuit of the Americas in Austin, Tex., but was relegated to a third-place finish after getting run over the course on the first lap of the second NASCAR overtime. John Hunter Nemechek finished second with KBM-71 in its maiden start last year at Watkins Glen (N.Y.) International.