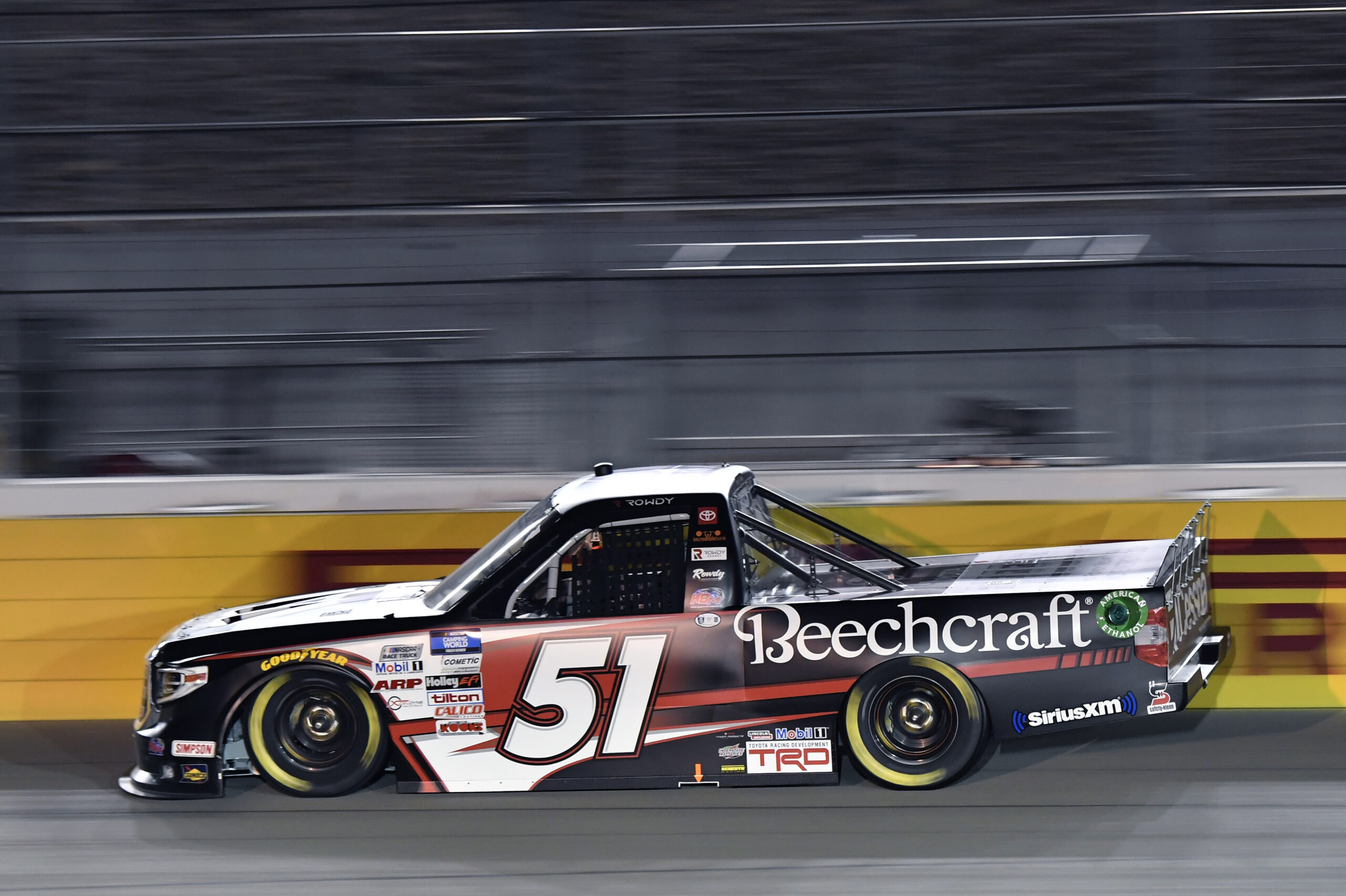 Kyle Busch was able to rebound from going a lap down after suffering a flat tire in the final stage of the Bucked Up 200 at Las Vegas Motor Speedway to finish second to KBM teammate John Hunter Nemechek.

Busch, the three-time defending winner of the event, got the free pass with 31 laps remaining and despite having moderate damage to the left rear fender of his Cessna Tundra was able to quickly work his way from the 25th position to inside the top 10 in 10 laps. He lined up behind Nemecheck on the final restart of the race with six laps remaining and was able to push his teammate out front, but despite a valiant effort would cross the stripe 0.695 seconds behind the No. 4 Tundra.

Kyle Busch driver of the No. 51 Cessna Tundra for Kyle Busch Motorsports

What was missing at the end of the race to contend with John Hunter Nemechek?

“We just didn’t have enough in our Cessna Tundra. They were a little bit better than us so not sure what differences they had. I was just really tight and really rough over the bumps, trying to get through the bumps. Looking at the splitter wear, it was really rough on the splitter and wearing through it. We were battling some little things, but overall, our truck was still fast. It was cool to come home one-two.”

Having your team truck win, does that help take away the sting of not winning yourself?

“Certainly, it does. Anytime you finish second to a team truck, you know how good the equipment is and it’s nice to see the equipment getting its full potential and running up front. I’m excited to have John Hunter (Nemechek) this year. When we had the opportunity to talk last year and to bring him in and to have Eric Phillips (crew chief) back on board, that was going to be a winning combination I felt like and here we are already reaping the benefits. I hate I finished second obviously, I want to win, but as a team owner, I get paid the same whether they win, or I win and it’s nothing so I’m all good.”

After three races, the No. 51 team sits sixth in the owner’s championship.

The No. 51 Cessna Tundra hits the track with team owner Kyle Busch when the NASCAR Camping World Truck Series resumes action on Saturday, March 20 at Atlanta (Ga.) Motor Speedway. Live coverage will be on FS1, Motor Racing Network and SiriusXM at 2:30 p.m. ET.