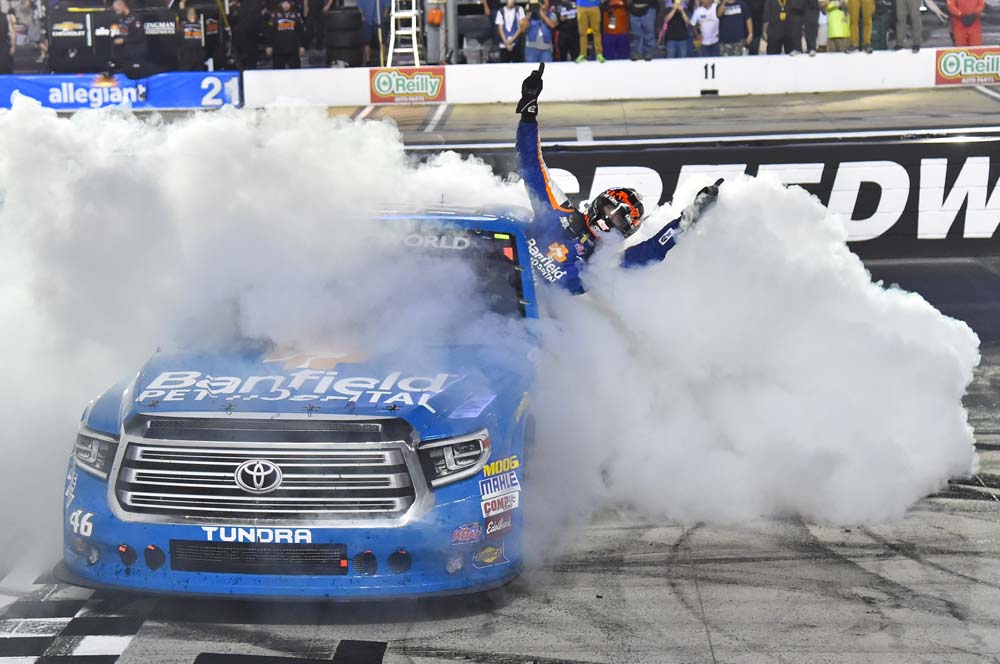 After rain forced a nearly two-hour delay to the start of the UNOH 200, Busch started from the top spot after earning the pole earlier in the day. Busch led from start to finish of Stage 1, reporting that the truck was handling pretty well. 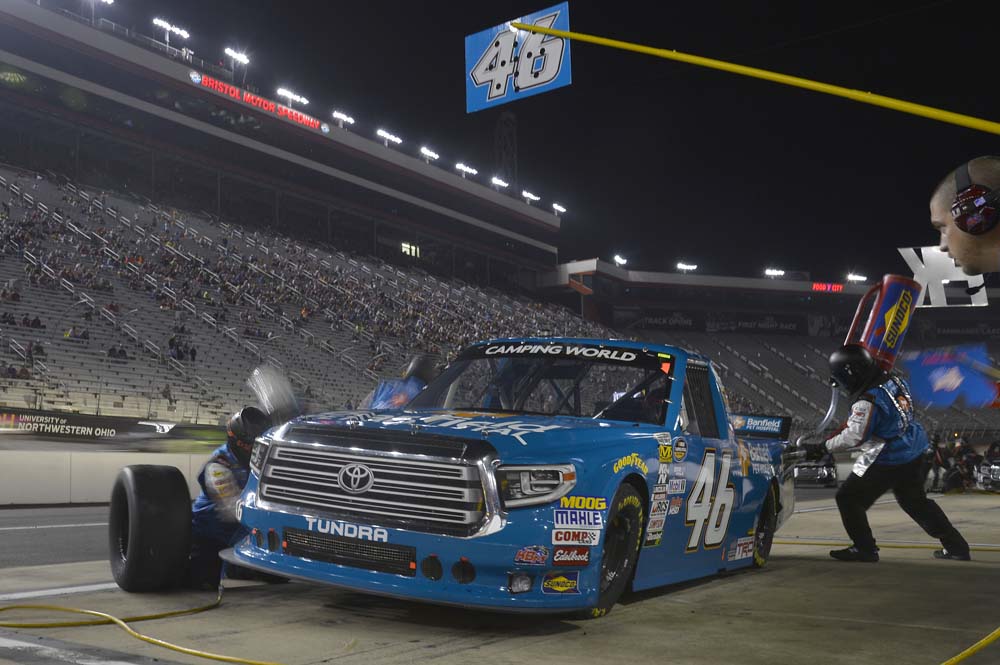 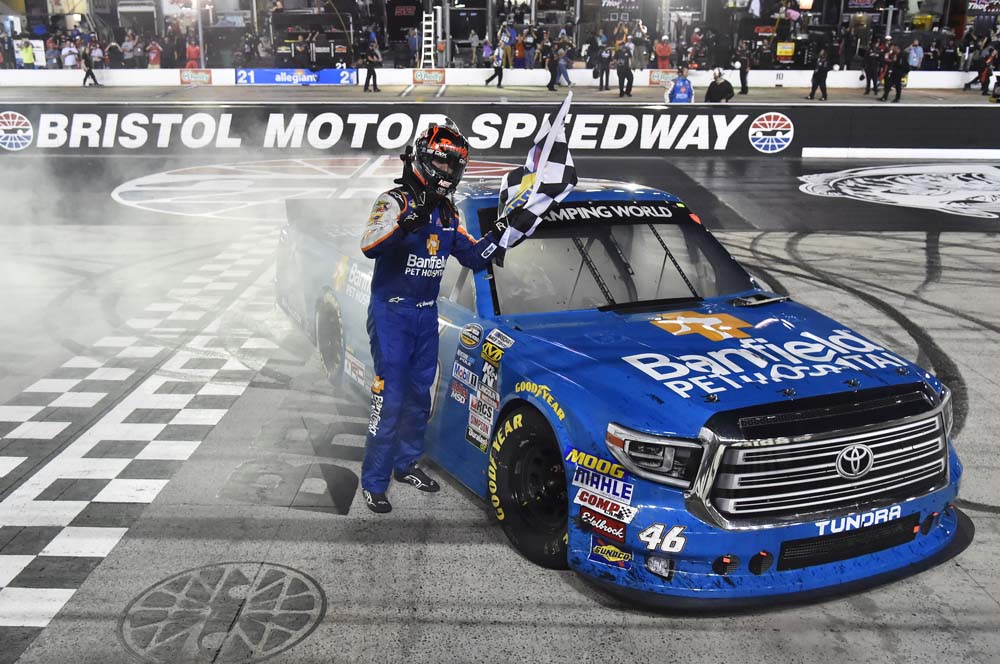 What does it feel like to get this win?

“I can’t say enough about all of these guys on this Banfield Pet Hospital Tundra. It was awesome. It was awesome when we unloaded. We made some fine-tune adjustments to it and she was really good all day long. It was a lot of fun to come through the field like that. It kind of gave me some ideas about the rest of the week. Probably showed a bunch of stuff too, but that’s what it’s all about. This is the start of a triple, so hopefully we can get it.”

A speeding penalty put you at the back of the field, but it looked like you may have found a new groove coming to the front, talk about that.

“Well there was two (grooves). You know options – options are good and when you have options. When somebody is up high, you go down low and when somebody is down low, you go up high and it made for an interesting show that’s for sure. But pretty fun to be able to go out here and compete with these guys, my guys and it was my late model team essentially. We were able to just to go out here and have fun for Banfield. Banfield Pet Hospital team is here and Cessna and Toyota, TRD, Rowdy Manufacturing, Joe Gibbs Racing Engines, NOS Energy Drink, everybody that’s a part of our team and makes our organization click.”

Last race for the year and your two wins away from the all-time lead in the truck series, how special is that for you?

“It is. It’s a goal. I mean anything out there you want to shoot for. You obviously want to continue to win as long as you’re running in these series. We have got to fill out our schedule and see how all that’s going to play out, but certainly want to continue to rack up some wins and you know fortunately we’ve got sponsors for the next couple years for me to run some races which allows us to run races with other guys. Todd Gilliland looks to have a good schedule for next year, so we’re working on some things for him. All these things will be announced later date, but it’s looking pretty good right now.”

Next Up: The next event on the NASCAR Camping World Truck Series schedule is Sept. 3 at Canadian Tire Motorsports Park in Bowmanville, Ontario, where the No. 51 PEDIGREE Tundra for KBM will return with driver Todd Gilliland. The race starts at 2:30 p.m. EDT with live coverage provided by FS1.