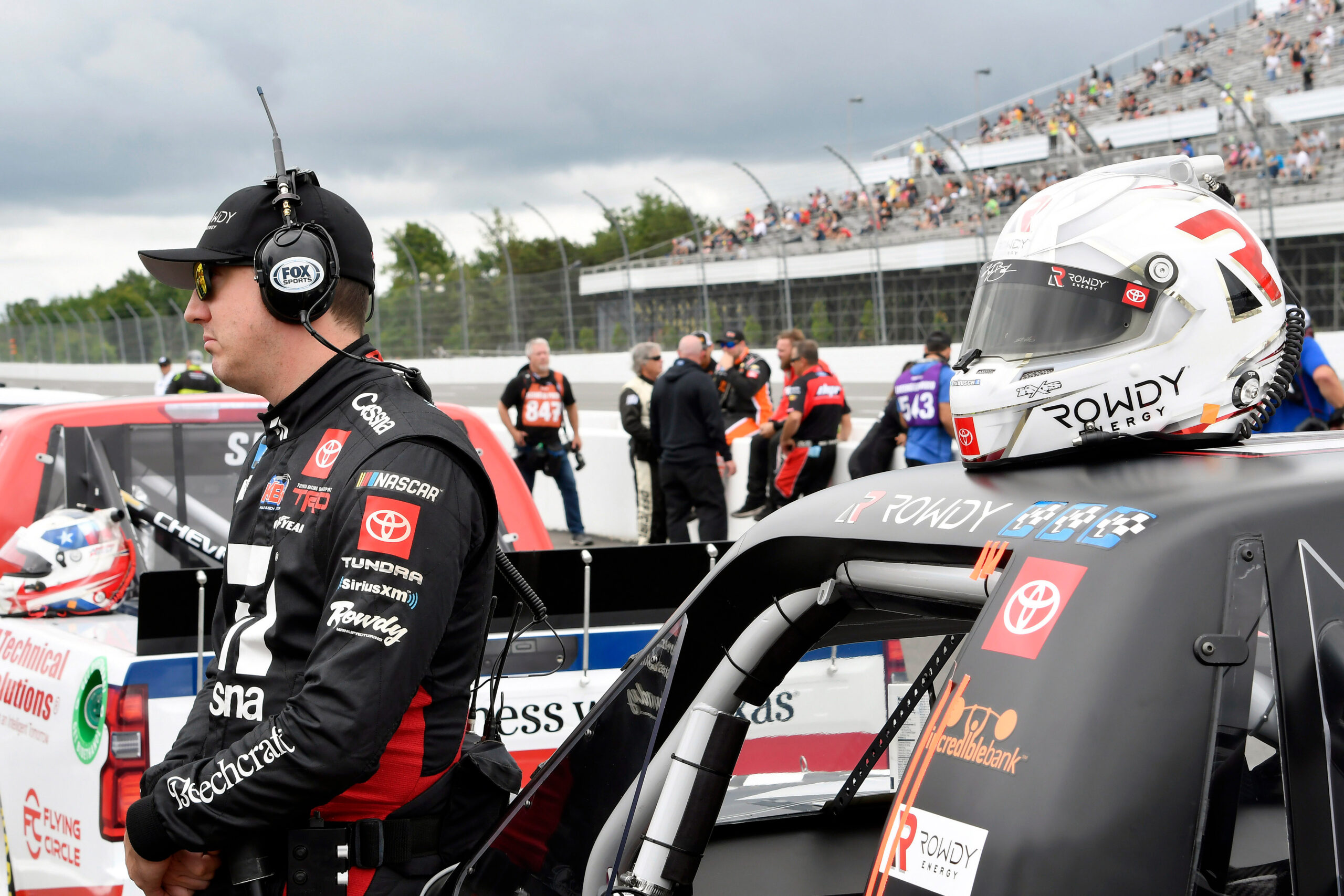 Are you looking forward to your five races in the Camping World Truck Series this year?

“Competing in the Camping World Truck Series in my own equipment is something I really enjoy doing, and as long as I’m allowed to race and my name is on the door, I’ll be running as many as I possibly can. I know everyone at KBM worked hard alongside the folks at Toyota and TRD on this new Tundra TRD Pro. It’s really sharp looking and I’m looking forward to hitting the track in Vegas for my first race with it. JBL will be onboard for this race in Vegas, they’ve been a long-time partner at KBM back to when (Christopher) Bell first got started back in 2015, and it’s been a little while since we’ve got them to victory lane, so hopefully we can accomplish that on Friday night, we’ve been really good in the trucks there. JBL has been a great sponsor for us, a fun one to have as well, I use their wireless headphones to work out with and their Quantum gaming headphones when I’m iRacing.”

You’ve been able to finish first or second in 19 of your last 21 Truck Series starts. How tough is that to accomplish?

“Good numbers are good numbers and bad numbers are bad numbers. It feels good. Obviously, it’s a testament to what we’re doing at KBM. How many of those slipped through our fingers and could’ve, would’ve, should’ve been wins? Obviously the goal every year is to go five for five like we were able to do in 2019. Last year we came up a little bit short and were only able to get two wins and we finished second in the other three. The good thing for Kyle Busch the owner is the three that I didn’t win last year John Hunter (Nemechek) was able to get the win and keep the trophy at KBM, but Kyle Busch the driver doesn’t like finishing second so we are going to have to step our game up a little bit this year. Chandler (Smith) looked really strong at the end of last year and we were finally able to be able to achieve the goal of having all three teams running well and winning races.  Hopefully this year some of those KBM one-two finishes that John Hunter and myself were able to achieve last year will now turn into one-two-three finishes this year — with the 51 coming out on top of course.”

KBM-69: The No. 51 JBL team will race KBM-69 for Friday’s race at Las Vegas Motor Speedway. It is the same Tundra TRD Pro that Busch led 16 laps with en route to a runner-up finish in last year’s March race at Las Vegas.