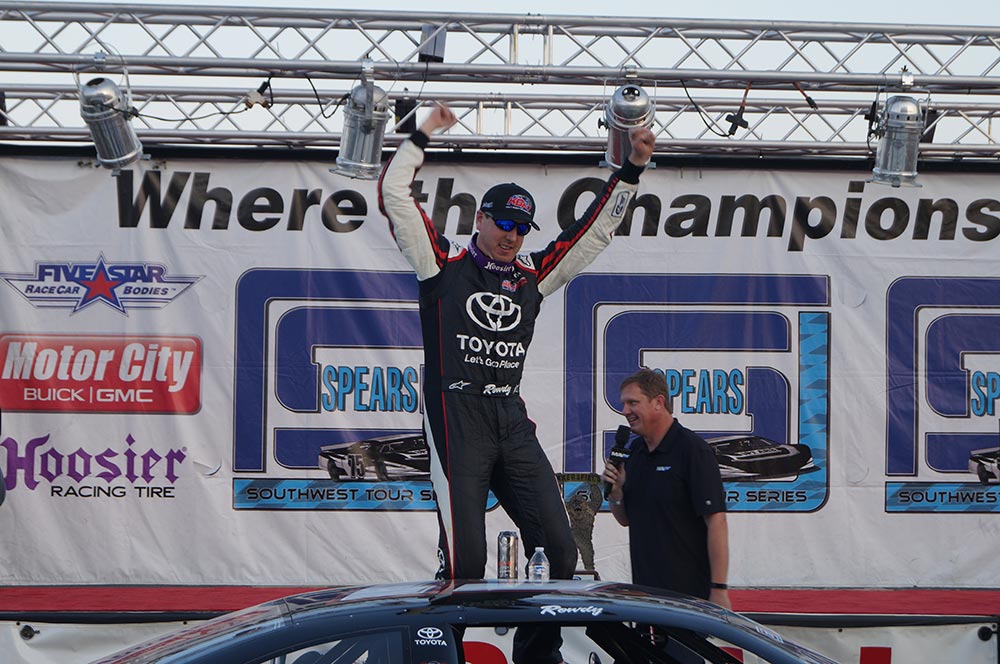 In addition to his many accomplishments as a NASCAR driver, Kyle Busch has traveled North America adding bullet points to his resume winning numerous marquee Super Late model events for Kyle Busch Motorsports (KBM). After closing the 2017 season with his second win in the prestigious Snowball Derby, Busch opened 2018 Saturday with a dominant victory in the Fourth Annual SRL Winter Showdown at Kern County Raceway in Bakersfield, Calif. 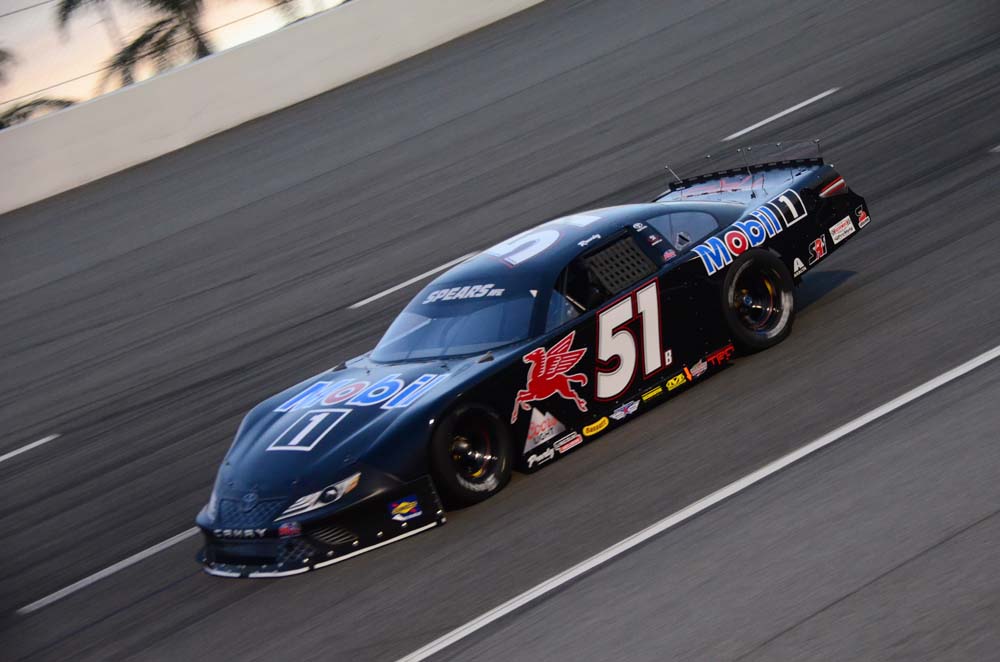 After coming up two spots short in his inaugural Showdown appearance in 2017, Busch returned to the premier Super Late Model event on the West coast on a mission to bring home the trophy and the $30,000 oversized check. After starting from the fourth position, the Las Vegas native moved into second on lap 26, and after a hard-fought battle spanning several laps took the lead from two-time Showdown winner Derek Thorn on lap 63.

The Mobil 1 Camry would remain out front for the remainder of the 300-lap event, opening large leads during the lengthy green-flag runs. Busch had a lead of over four seconds when the fourth and final caution slowed the field with six laps remaining. A strong restart helped him pull away over the final five laps to finish 1.783 seconds ahead of pole sitter Buddy Shepherd.

KBM driver Noah Gragson started the event from the 11th position, made his way as high as second, and ended up finishing fifth.

How special is it to win another crown jewel Late Model race?
“It was an awesome day — I didn’t think it was going to turn out this way after practice on Thursday, but the guys really went to work on this Mobil 1 Toyota Camry. I can’t say enough about everybody at Rowdy Manufacturing – this is a KBM car, a Rowdy car. Our Hamner Racing engine was so strong underneath the hood today. Thank you to Toyota and TRD (Toyota Racing Development). Thanks to all the fans out here today at Kern County Raceway — you guys are awesome coming out and supporting your local short track. I can’t say enough about Wayne and Connie Spears — they do an amazing job for the West Coast and what they do to keep the SRL going and everybody at the Southwest Series. It was a lot of fun racing against Derek Thorn, Buddy Shepherd, Noah (Gragson) there for a little while and everybody else we had to race with today. It was a blast — I had fun. I love these cars and was able to go out there and have a great day.”

What does it mean to come out today and win the Winter Showdown?
“It means the world. It’s something that I am passionate about — I love short track racing and the Super Late Models, they are my favorite. I like traveling across the country and racing these things – we’ve won in Michigan, we’ve won in Canada, won in Indiana, Florida, Georgia, everywhere. I can’t say that I’ve ever won in California — so this is my first time in California winning with one of these cars. That’s pretty awesome to do it here in the Spears Winter Showdown. It’s a lot of fun and there is great competition out here as well – these guys aren’t slouches by any means. We had our stuff really hooked up today and I want to thank Lincoln Welders, Basset Wheels, Five Star Bodies, Schroth, Interstate Batteries, Axalta, SRI, Stock Car Steel and ProMoly – they do a lot of work for as well. It’s a blast to come out with all of our partners and put on a great show for the fans.”