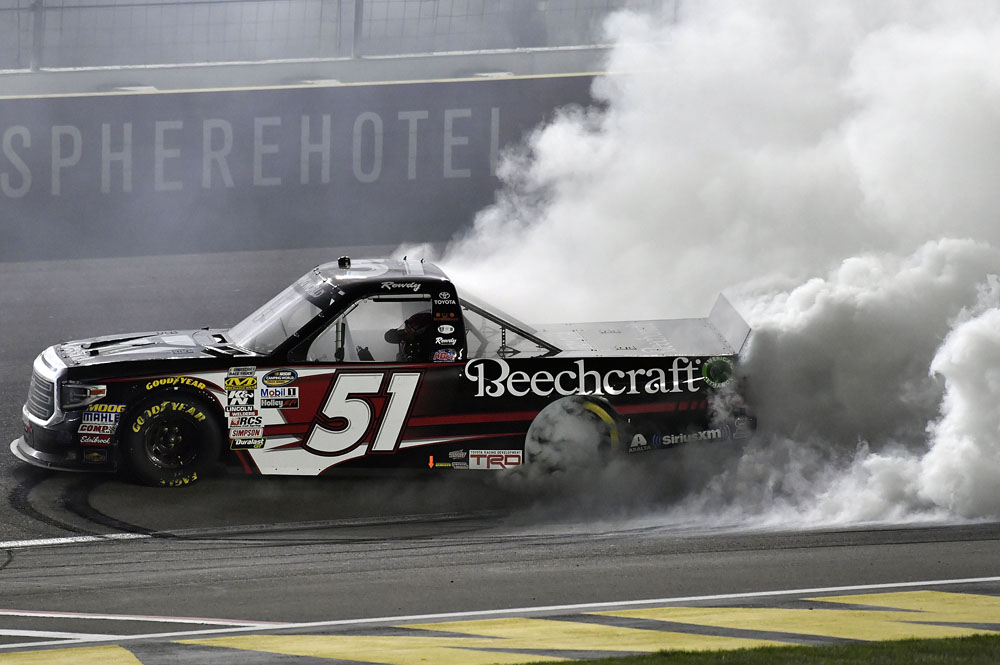 Kyle Busch had not run a NASCAR Camping World Truck Series (NCWTS) race at his hometown track of Las Vegas Motor Speedway since 2001, but he made up for lost time Friday night. Busch won the pole, led 55 laps and claimed his 50th win in the Truck Series, which is one shy of the series’ record. However, the win was his first NCWTS victory at his home track. He has now won on every active track on the 2018 schedule. 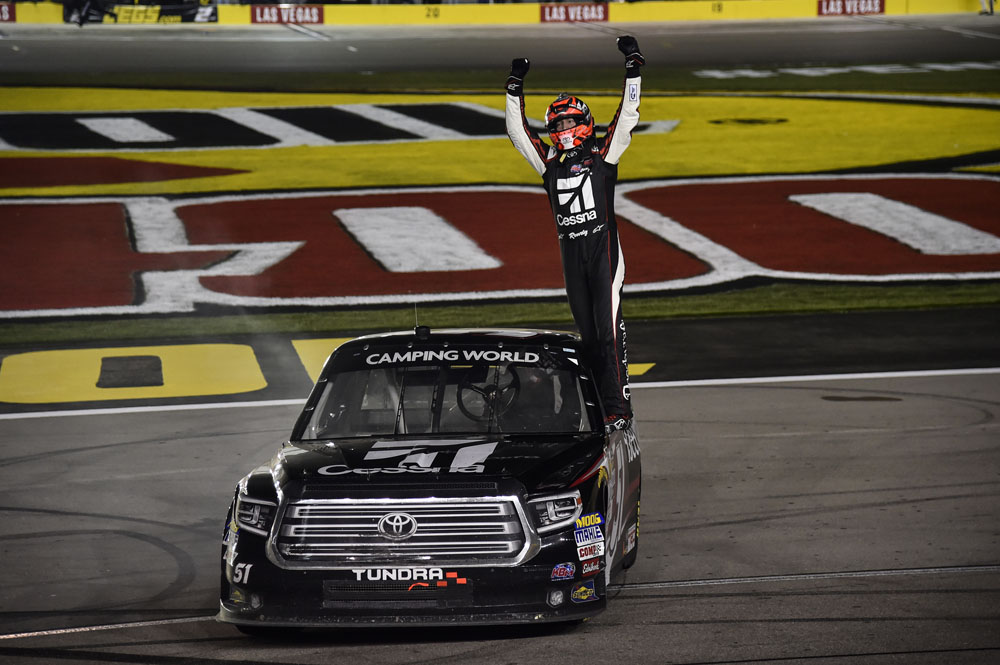 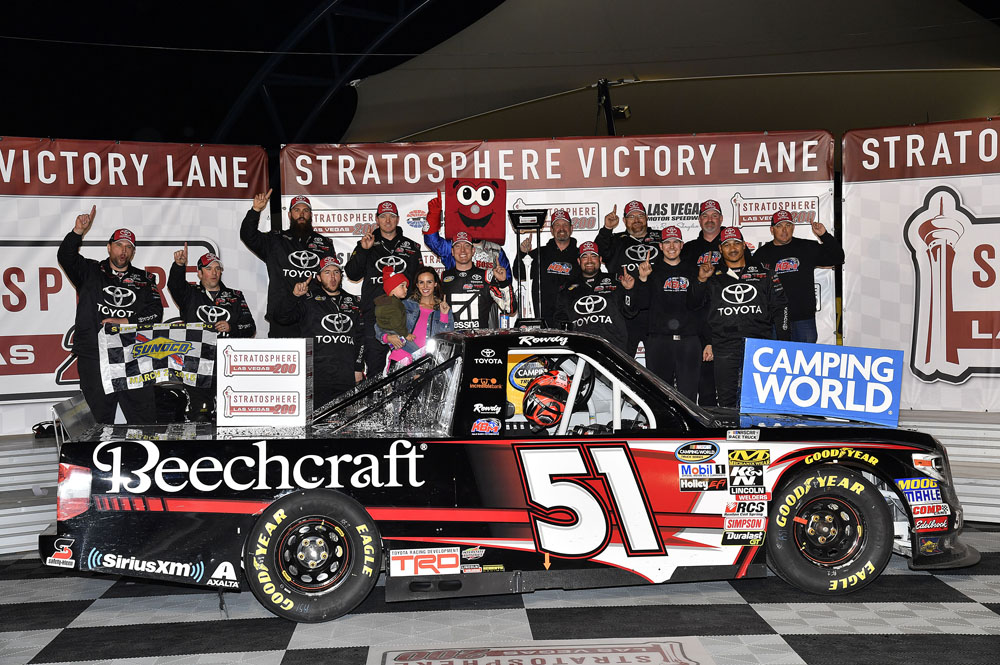 What does it mean to win this race at your home track?

“It means a lot. We’ve had some great runs in the races we’ve had at KBM. We’ve raced and won all across the country, but I’ve just never been able to get back to Las Vegas to run a race. This one’s pretty cool to be able to win in my hometown and finish my list of Truck Series facilities where I’ve raced and won. I couldn’t be prouder to do it with this Cessna Beechcraft Toyota Tundra – just a phenomenal race truck. Everybody at Kyle Busch Motorsports and the guys at Rowdy Manufacturing have done such a great job for us. Being able to get Incredible Bank with us in victory lane too and Interstate Batteries – of course Toyota and TRD. I was glad we were able to score the victory for our team.”

Noah Gragson, driver of the No. 18 Toyota, finished 12th

Spencer Davis, driver of the No. 4 Toyota, finished 13th

With the win, the No. 51 team moved up to second in the Truck Series Owner’s Championship Standings, 32 points out of first.

Harrison Burton will be behind the wheel of the No. 51 DEX Imaging Tundra when the Truck Series returns to action in three weeks on March 24 at Martinsville (Va.) Speedway. Live coverage of the race begins at 2 p.m. ET on FS1.