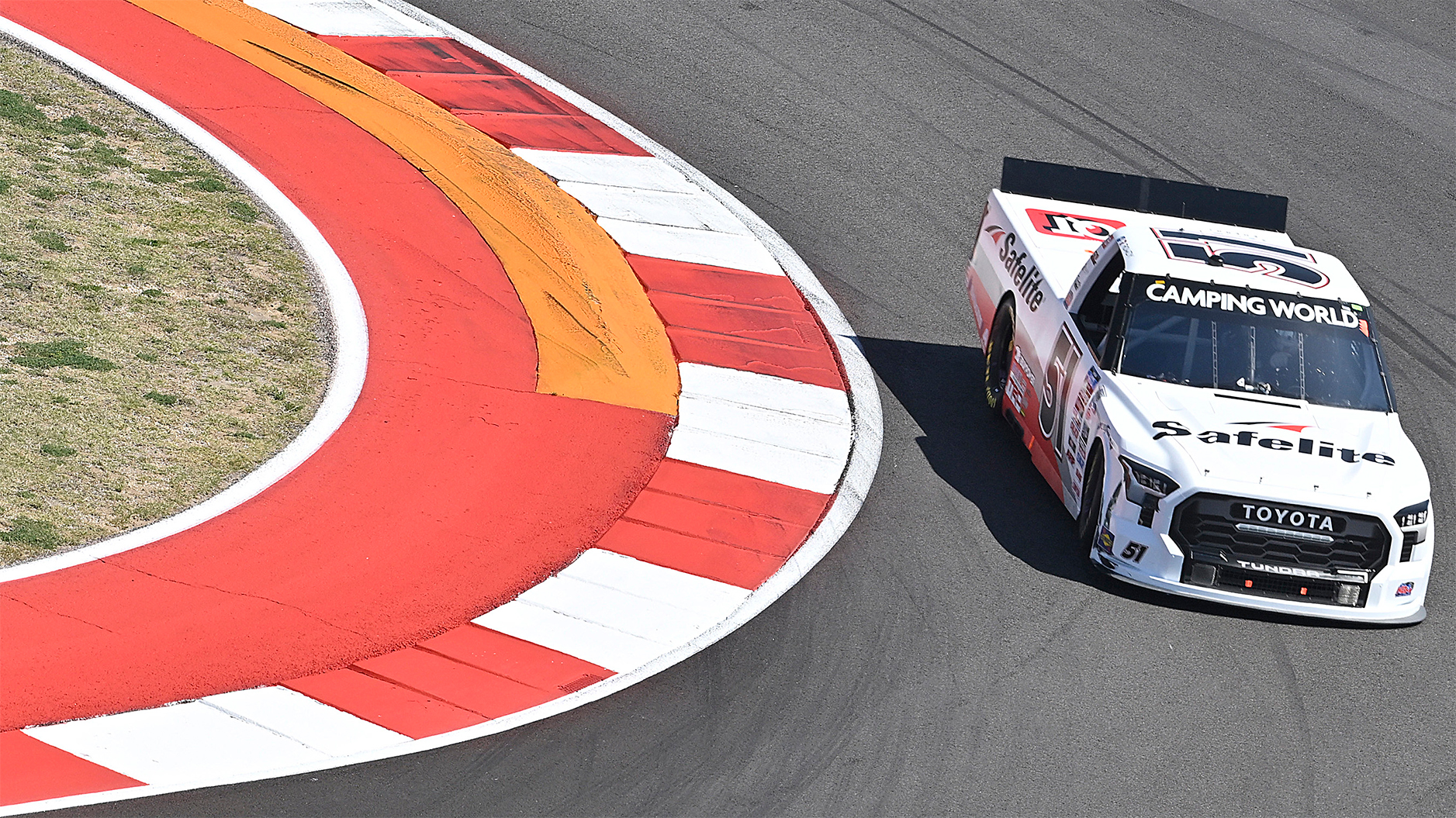 Owner-driver Kyle Busch made his first road course start in the NASCAR Camping World Truck Series on Saturday in the XPEL 225at Circuit of the Americas in Austin, Texas. After qualifying fifth in Friday’s two-group qualifying session, the 36-year-old driver quickly made his way to the front, taking his first lead of the day on Lap 2, before leading a race high 31-laps.

‘Rowdy’ found himself in control of the race before two late-race cautions would force the field to group back together. On the second overtime restart, the No. 7 of Alex Bowman and the No. 52 of Stewart Friesen both overdrove the entry to Turn 11 slamming into Busch and opening a hole for Zane Smith to take the late lead. After being forced off of the track, the Safelite driver would try to battle his way back up to the front in the final two laps of the race but would ultimately bring home a third-place finish.

Kyle Busch, driver of the No. 51 Safelite Tundra TRD Pro for KBM

What did you see at the end that happened that forced you to give up the lead at that point?

“We had a great race all day. I really appreciate everyone at KBM (Kyle Busch Motorsports) and their hard work and everyone there who does a good job building such fast trucks. I felt like we deserved that one, but it doesn’t matter if you deserve it or not. It’s just a matter if you get it. You have to be the first one to the checkered flag to win these things and we just weren’t.”

The No. 51 team gained two spots and moved up to fourth in the Owner’s Championship standings. After four events they are just 27 points behind the No. 18 KBM team.

Kyle Busch will be back behind the wheel for his third NASCAR Camping World Truck Series start of the season at Martinsville (Va.) Speedway on April 7. Live coverage of the Blue-Emu Maximum Pain Relief 200 will be on FS1, Motor Racing Network and SiriusXM at 8 p.m. ET.