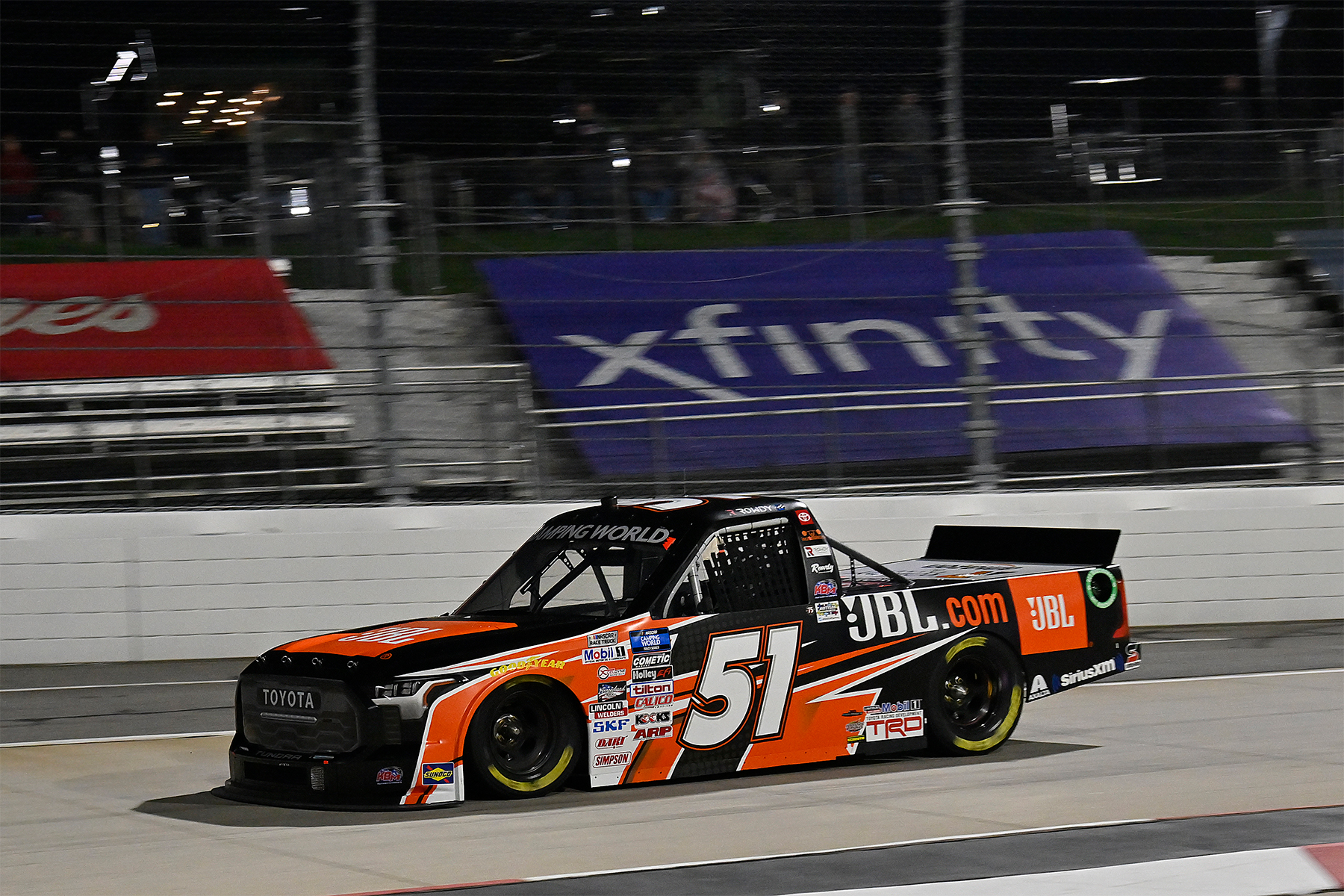 Owner-driver Kyle Busch made his third start of the NASCAR Camping World Truck Series season in the Blue-Emu Maximum Pain Relief 200 at Martinsville (Va.) Speedway on Thursday night. Busch started on the front row in second as Thursday’s practice and qualifying sessions were cancelled due to rain.

‘Rowdy’ ran within the top-five for the majority of the night except when the No. 51 team elected to pit early before each stage break, forfeiting stage points in exchange for track position later in the race.

The 36-year-old driver wheeled his JBL Tundra TRD Pro to a third-place finish, picking his third straight top-five of the season. Busch now has 10 straight podium finishes and has finished within the top-three in 23 out of his last 25 NASCAR Truck Series starts.

The No. 51 team fell back one position to fifth in the Owner’s Championship standings. After five events they are just 28 points behind the No. 99 ThorSport Racing team.

Toyota Racing Development dirt standout Buddy Kofoid will make his NASCAR Camping World Truck series debut behind the wheel of the No. 51 Tundra TRD Pro next weekend at the second annual Pinty’s Truck Race on Dirt at Bristol (Tenn.) Motor Speedway. Live coverage will be on FS1, Motor Racing Network and SiriusXM at 8 p.m. ET.