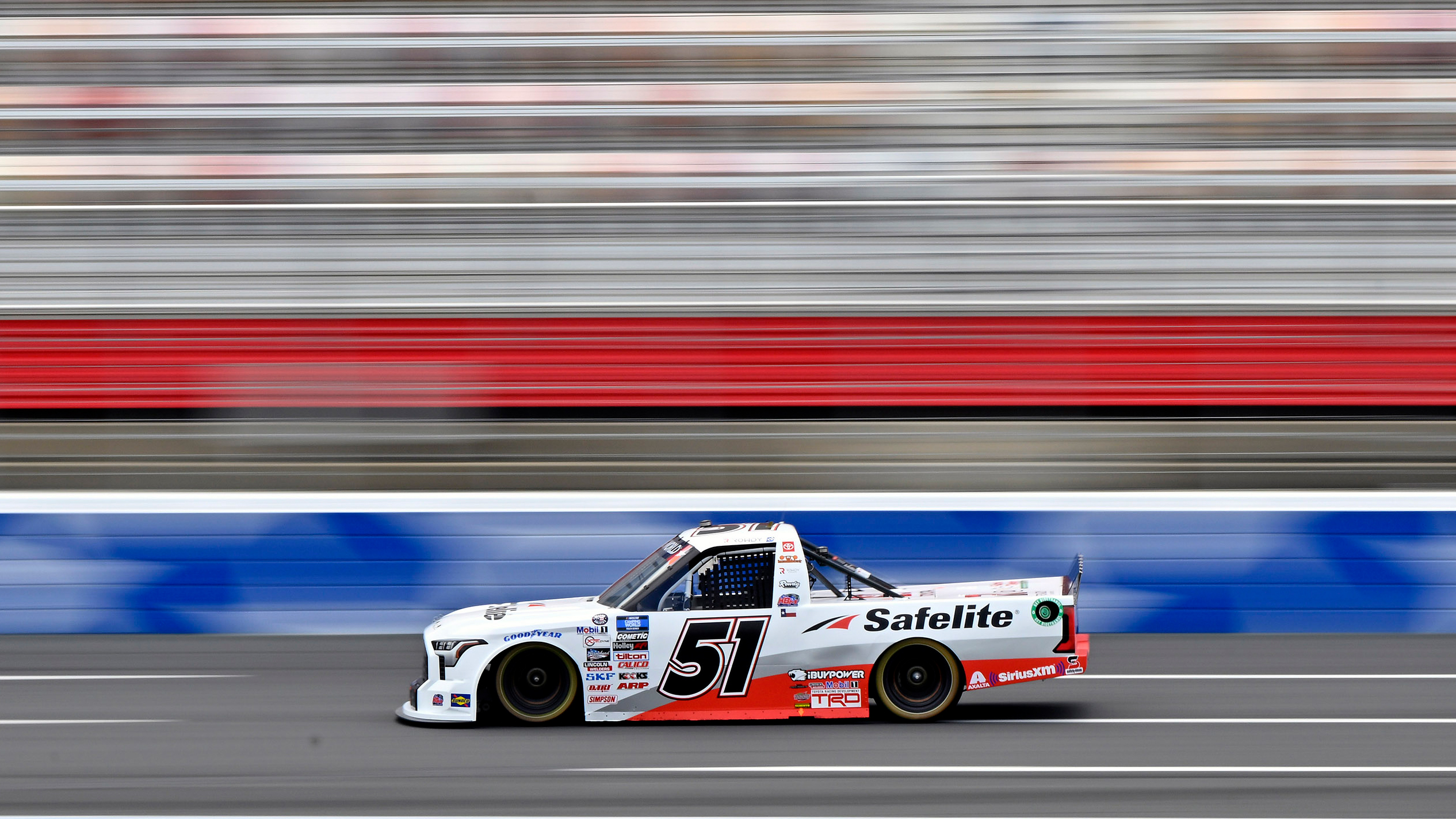 Owner-driver Kyle Busch made his fourth start of the NASCAR Camping World Truck Series season in the North Carolina Education Lottery 200 at Charlotte (N.C.) Motor Speedway on Friday night. Busch lined up for the scheduled 134-lap event in third after posting a qualifying time of 30.364 seconds in Friday’s qualifying session.

Busch ran within the top-10 for the entirety of the opening stage before a pit road penalty set the No. 51 team back to start Stage Two. The talented wheelman continued to fight his way through the field following the penalty and lined up in fifth for the second overtime restart. Busch was unable to surge forward on the final restart and took the checkered flag in seventh.

The No. 51 maintained their spot in ninth in the Owner’s Championship standings and find themselves 85 points behind the Kyle Busch Motorsports No. 4 team in first.

Corey Heim will be back behind the wheel of the No. 51 JBL Tundra next weekend as Camping World Truck Series action heads to World Wide Technology Raceway. Live coverage of the Toyota 200 will be on FS1, Motor Racing Network and SiriusXM at 1:30 p.m. ET.