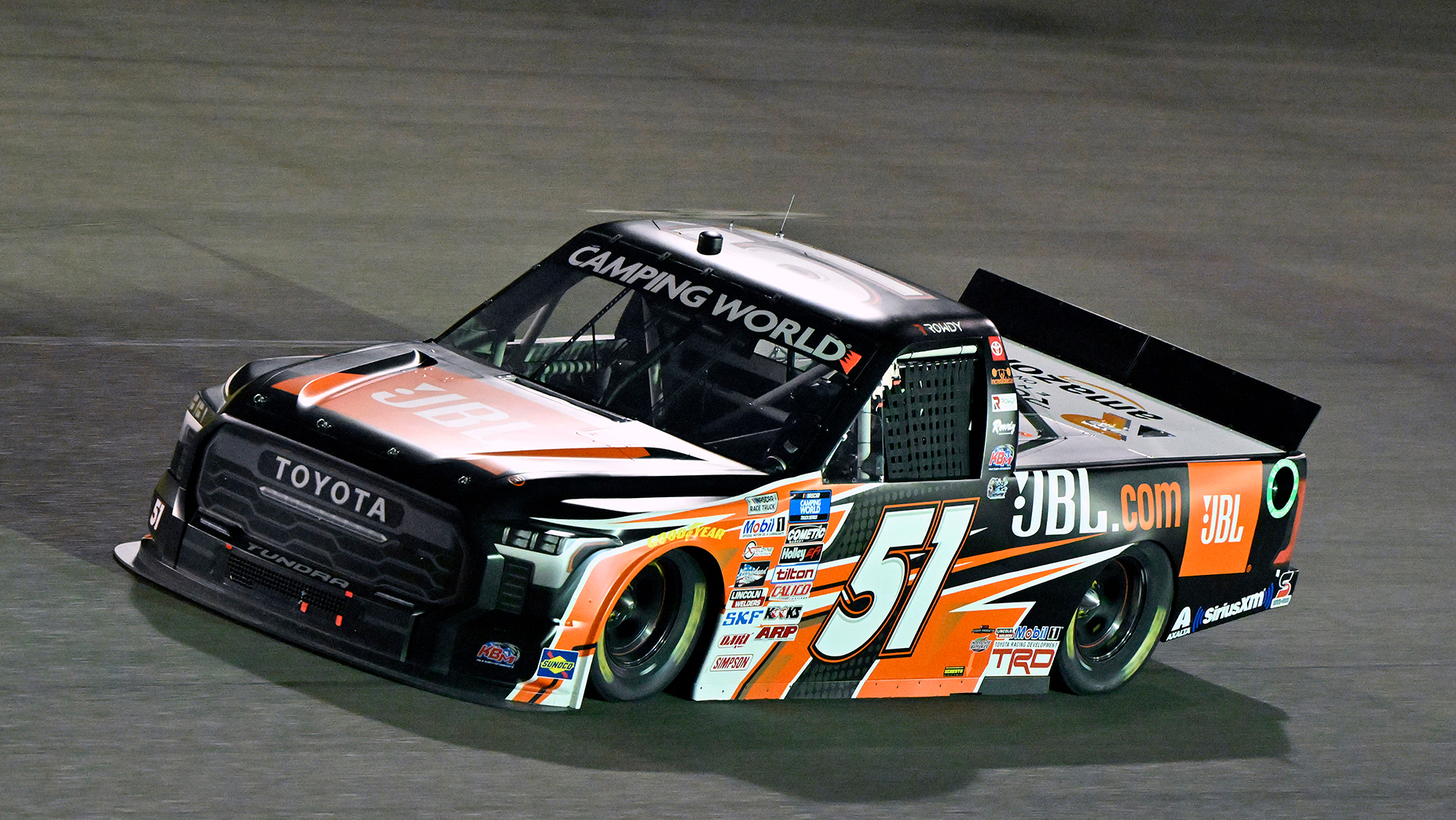 Owner-driver Kyle Busch made his first Camping World Truck Series start of the season in the Victoria’s Voice 200 at Las Vegas Motor Speedway. Busch began the 134-lap event in the second position after setting a lap time of 30.337-seconds during qualifying earlier in the day.

Busch led four different times throughout the night for a total of 31 laps. As the race was winding down, Busch went head-to-head with Zane Smith and Chandler Smith as the field took the white flag. A late run heading into Turns 1 and 2 was blocked off, forcing Busch to ultimately take the checkered flag in the third position, but was officially credited with a second-place finish after Zane Smith’s truck failed post-race inspection.

Corey Heim will be back behind the wheel of the No. 51 JBL Tundra TRD Pro as the Camping World Truck Series heads to Atlanta Motor Speedway on March 19.

The No. 51 team jumped up to sixth in the Camping World Truck Series owner standing through the first two races of the season. The No. 51 team currently sits 27-points behind the Kyle Busch Motorsports No. 18 team.

Corey Heim will pilot the No. 51 JBL Tundra when the NASCAR Camping World Truck Series resumes action Saturday March 19 at Atlanta (Ga.) Motor Speedway. Live coverage of the Fr8Auctions 200 will be on FS1, Motor Racing Network and SiriusXM at 2:30 p.m. ET.