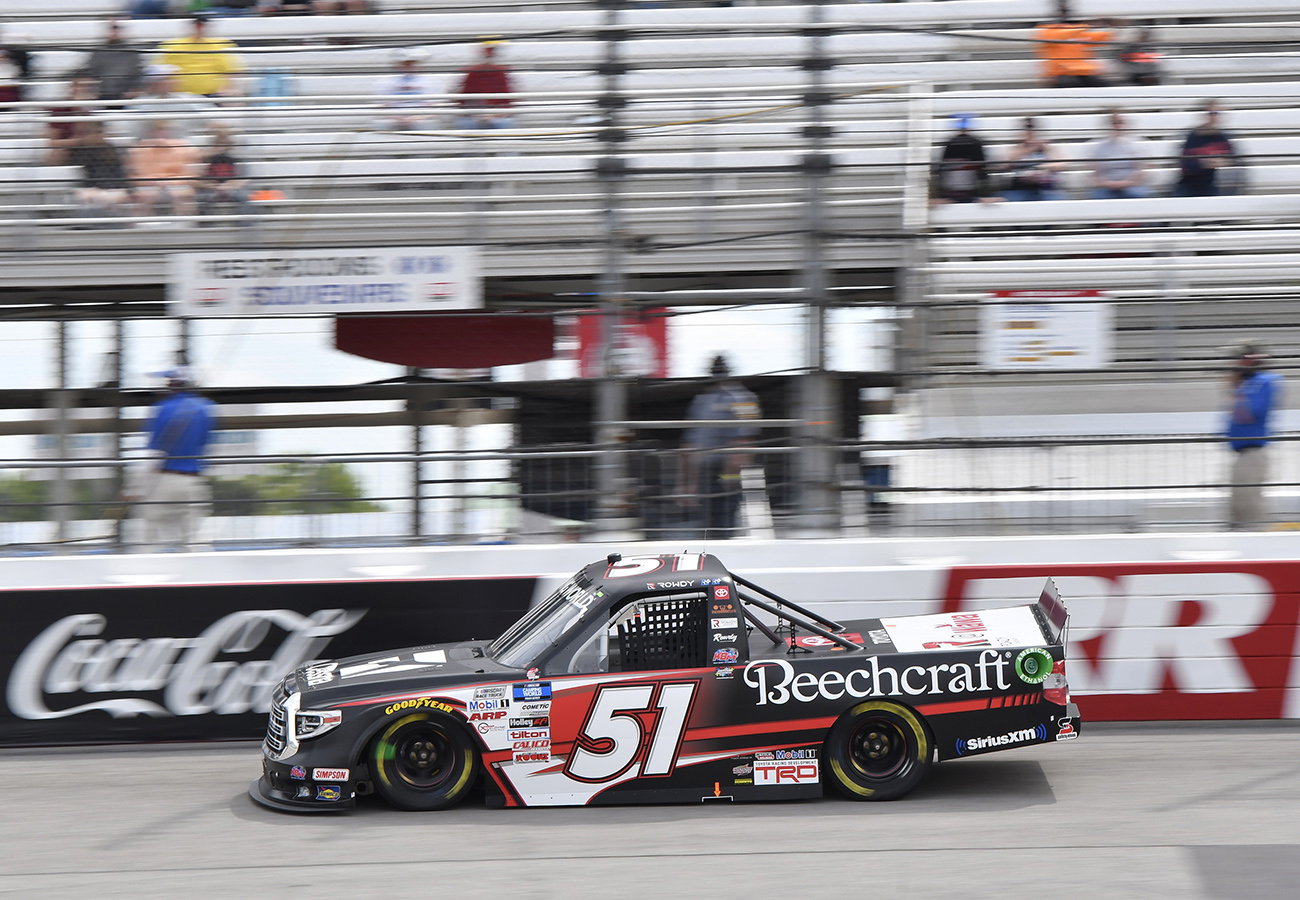 What more did you need to get up front and battle for the victory?

“Definitely not good enough in the long run, it would just overheat the tires. We tried to free it up and we got loose and that helped us last another five laps, but as soon as I felt tight and saw the 4 (John Hunter Nemechek) wiggle loose, I was like, ’Oh, we don’t have a shot to pass him.’ We hung with him at least. You know what the most discouraging thing about today is? KBM (Kyle Busch Motorsports) 1-2-4 with three entirely different setups so what do we come back here with? That’s what’s most confusing now to me is the next time back, what do we do?  Think the 4 was just overall better than us. It was fun to race up there with him and fun to race up there with the rest of the guys. I’m glad we could kind of get single-filed out at the end a little bit to where we could race amongst ourselves, but they were just better than us there.”

How happy are you with the performance of Kyle Busch Motorsports this season with four consecutive wins this season?

After six races, The No. 51 team sits second in the owner’s standings just 10 points behind the No. 4 team

The No. 51 returns to the track with Kyle Busch when the NASCAR Camping World Truck Series resumes action on Saturday, May 1 at Kansas Speedway. Live coverage will be on FS1, Motor Racing Network and SiriusXM at 7:30 p.m. ET.