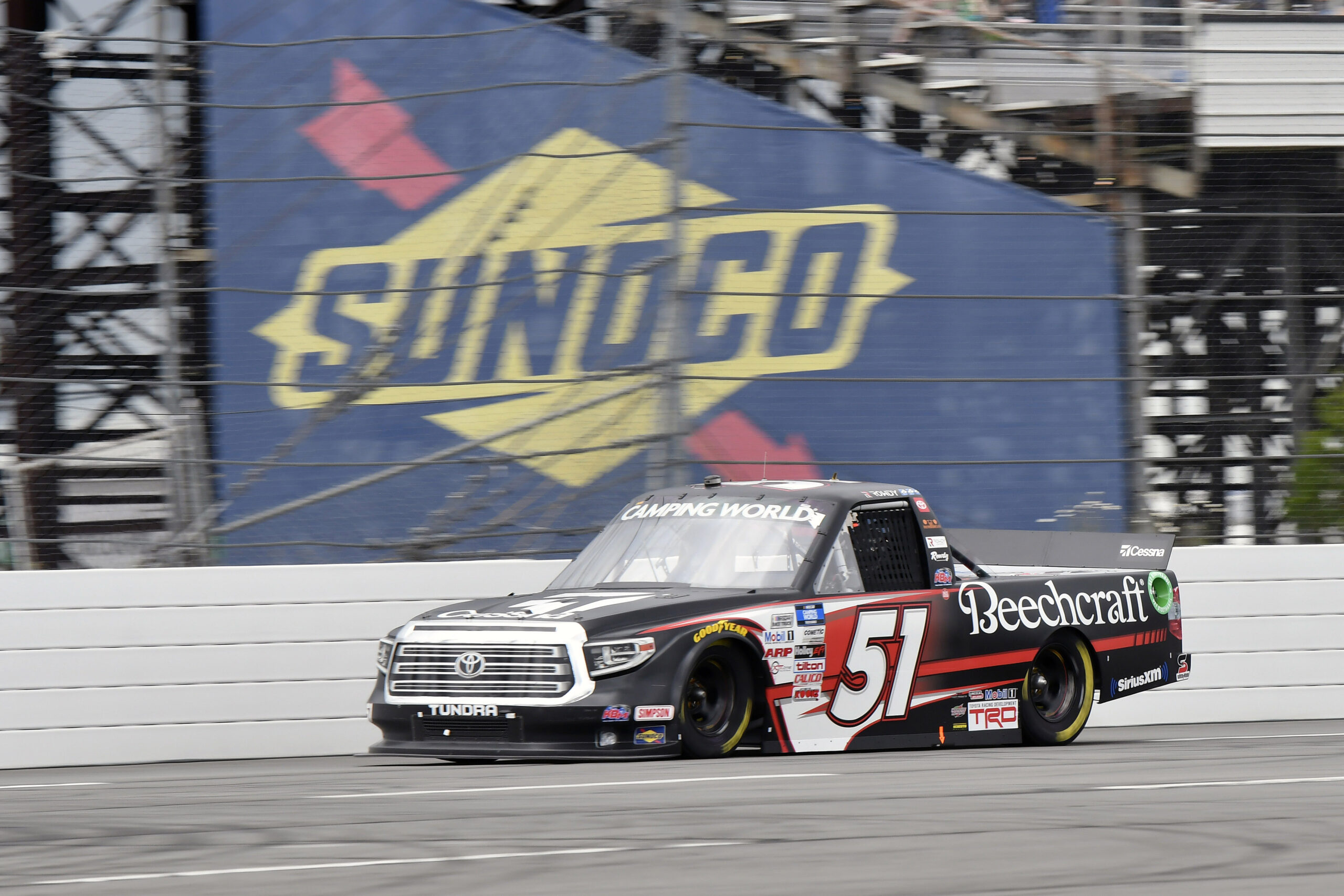 Kyle Busch earned a runner-up finish in his fifth and final NASCAR Camping World Truck Series start of 2021. The 36-year-old started the race from the 22nd position but worked his way up to the third position by the end of the first stage. Busch started the final stage from the front row in the No. 51 Cessna Tundra, but was unable to hold off teammate John Hunter Nemechek on the final restart.

Busch ended the 2021 season with two wins and three-runner up finishes, all to Nemechek, across his five events.

Walk us through that final restart, and how John Hunter was able to get away?

“I didn’t get the best restart, but we were all even going down into the corner. The 2 (Sheldon Creed) truck got off of me a little early pushing me, so I guess he didn’t launch me into the corner. That gave John Hunter (Nemechek) a little bit more to clear me, slide up in front of me, and once he slid me, I couldn’t get back to turn alongside of him. We were still going to have a few more laps to try to figure it out and see what we were going to do. We know how fast these KBM (Kyle Busch Motorsports) trucks are and how fast the 4 truck is. It was going to be a high task to get him, but I got drilled in the left rear with a couple to go and was never going to be able to make up that distance and he handed the win to the 4 truck. That was our day, and that was our year, and when all is said and done, we move to ’22.”

After 13 races, the No. 51 team sits fourth in the owner’s championship standings, 132 points behind the No. 4 team.

The No. 51 returns to the track with dirt racing ace Brian Brown behind the wheel when the NASCAR Camping World Truck Series resumes action on Friday, July 9 at Knoxville (Iowa) Raceway. Live coverage will be on FS1, Motor Racing Network and SiriusXM at 9 p.m. ET.