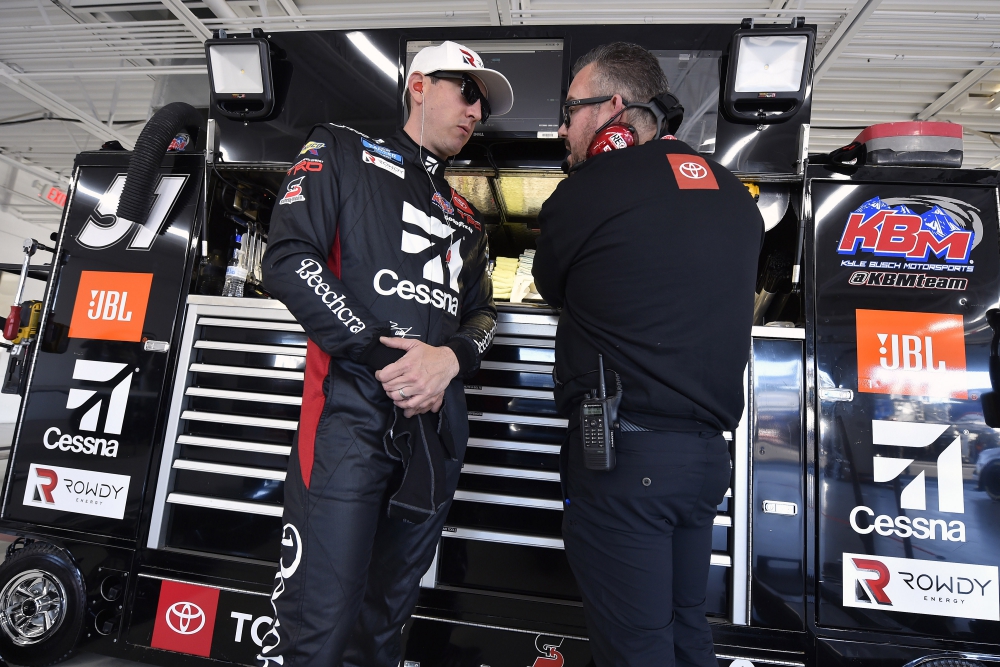 How has your Truck Series season gone this year?

“The first race of the season at Las Vegas and the last time out at Homestead is how we are supposed to run and look. We were able to show how we know our Tundras at KBM are supposed to perform. We threw a couple of races away in between those two races and lost a chance to go five-for-five in my races like we did in 2019. Competing in the Truck Series in my own equipment is something I really enjoy doing and as long as I’m allowed to race and my name is on the door, I’ll be running as many as I possibly can. Hopefully with me running a lot of races on the front side of the season the notes we’ve built will help our young guys out as the season progresses. I know it’s really tough for them right now with not having a lot of experience and just lining up and racing without getting any practice time.”

What is your outlook for Saturday’s race at Texas?

“I’m looking forward to Saturday night at Texas — it’s a place where KBM has had a lot of speed the last few seasons. We swept the races last year — I won in the spring and Biffle (Greg) came of retirement and hopped in the truck for a one-race deal and won in June, so I’m confident that we’ll be have a fast Cessna Tundra on Saturday. It’s a place that’s hard to pass at, similar to what they experienced at Kentucky last week, but if you can get out front and stay out front, like we know that we are capable of doing, you don’t have to worry about passing. We appreciate Textron Aviation’s support again this year, they’ve been onboard for my Truck Series starts the last four years and fortunately several of those have ended in victory lane. Hopefully we can get them another victory on Saturday night and close out my portion of the Truck Series season on a high note.”