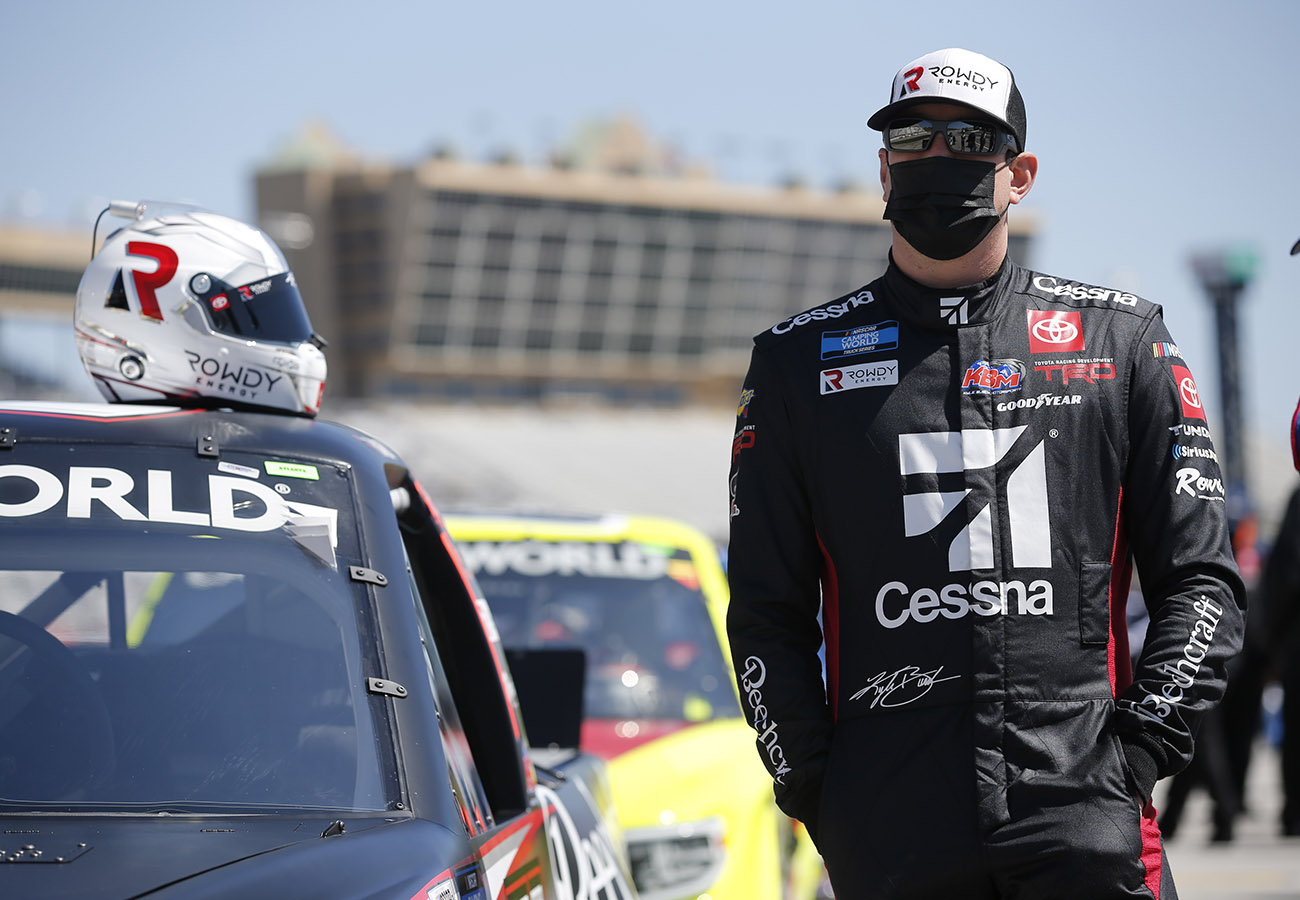 What has the addition of Mardy Lindley meant to Kyle Busch Motorsports?

“It’s been good. We’ve had a lot of great people at KBM and we continue to have great people at KBM. It’s ever evolving and the sports always changing, you have to stay on top of things. When Rudy (Fugle) left we had a vacancy and we brought Mardy in to fill that and then we had another one and we brought in Eric Phillips, so I feel like we have a really strong group of guys right now. I feel like (Danny) Stockman is really good too, I was very successful with him last year. We are just working hard collectively to get better as an organization, and I feel like the results have been there so far this season with three wins with three different drivers across the first five races. We haven’t just won races; we’ve led a bunch of laps and won quite a few stages. The 4 truck has been really good this year and I feel like they will be contenders for the championship, we just need to build on the 18 some more.”

KBM-062: The No. 51 Cessna team will race KBM-062 for Saturday’s ToyotaCare 250 at Richmond Raceway. The Tundra made five starts last season with Raphael Lessard behind the wheel with a best result of fifth in the season finale at Phoenix (Ariz.) Raceway.