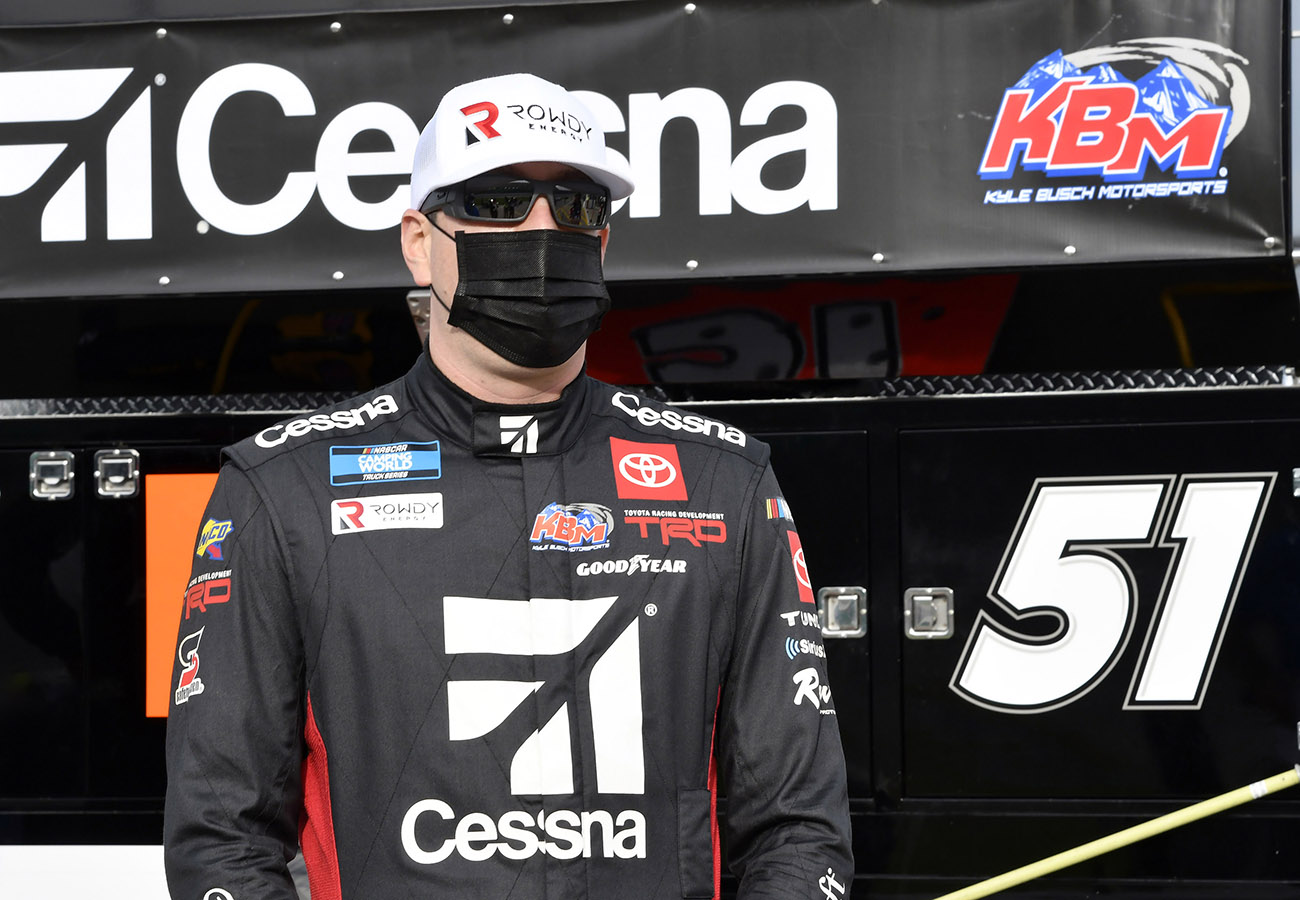 You have 12 wins and 17 top-two finishes across your last 18 Truck Series starts. How tough is that to accomplish at any level of motorsports?

“Good numbers are good numbers and bad numbers are bad numbers. It feels good. Obviously, it’s a testament to what we’re doing. How many of those slipped through our fingers and could’ve, would’ve, should’ve been wins? Overall, that’s pretty awesome. I feel like it justifies what I’ve been telling people all along – KBM is a great place to race, we’ve got good stuff, we’ve got great people and John Hunter being able to add into our win total this year already and have good, solid top-five finishes is nice as well.”

How has the success of John Hunter Nemechek and Eric Phillips matched up with your expectations of them coming into the season?

KBM-054: The No. 51 Cessna team will race KBM-054 for Saturday’s CRC Brakleen 150 at Pocono Raceway. Busch has won both of his starts driving this Tundra, including its maiden voyage at Pocono Raceway in Long Pond, Pa. in July of 2018. Rowdy was victorious with it again in his most recent Camping World Trucks outing this year in May at Kansas Speedway.