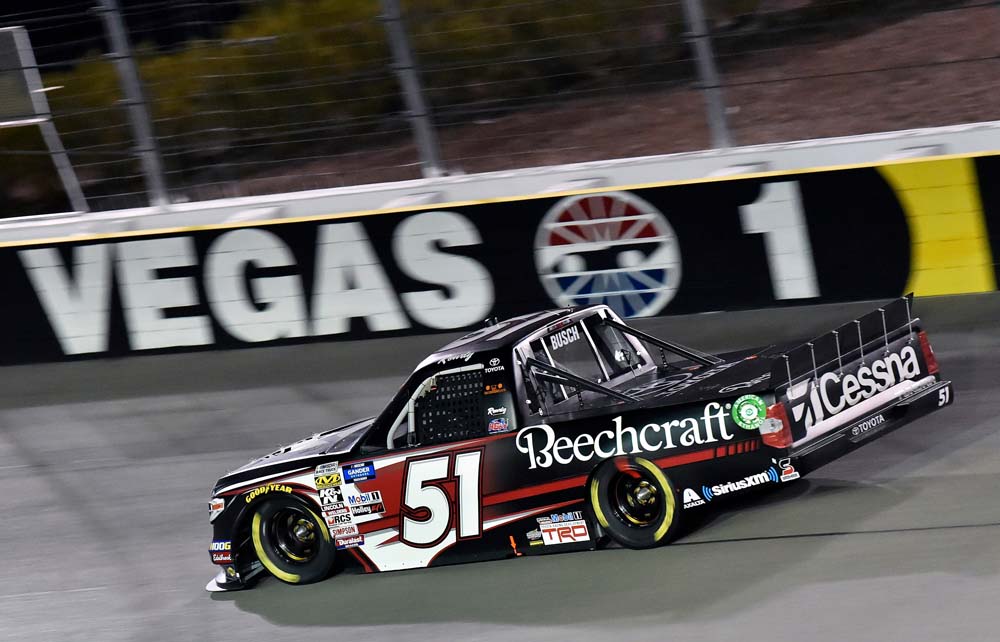 Do you pay attention to various milestones other than the accomplishment of 200 wins?

“It’s something that I don’t necessarily pay attention to. As long as you’re successful and doing a good job and doing your job about what you know how to do and you’re winning those races then you’re going to be eclipsing a lot of milestones and certainly it’s been pretty awesome so far.”

You were pretty open for years about wanting to get to 200.  Now that that’s been checked off, do you have another number in mind?  Anything beyond this is just a number?

“I think anything beyond 200 is just another number.  I mean, I could go lightly and say 250, or I could reach for the stars and say 300.  What’s wrong with that? So, we’ll go out on Saturday at Martinsville and try to keep all the momentum we have going across all three series this year and try to knock 201 out the way our first time out. We’re two for two this year in the NASCAR Gander Outdoors Truck Series with our No. 51 Cessna team led by Rudy Fugle and looking to make it three for three this weekend.”

KBM-038: The No. 51 Cessna team will unload KBM-038 on Saturday in the NGOTS 250 at Martinsville Speedway. This chassis has 12 starts and has carried three different drivers to a total of five wins, the last coming for Noah Gragson at Kansas in 2018. In its most recent outing, Gragson piloted KBM-038 to a second-place finish at Phoenix last fall.