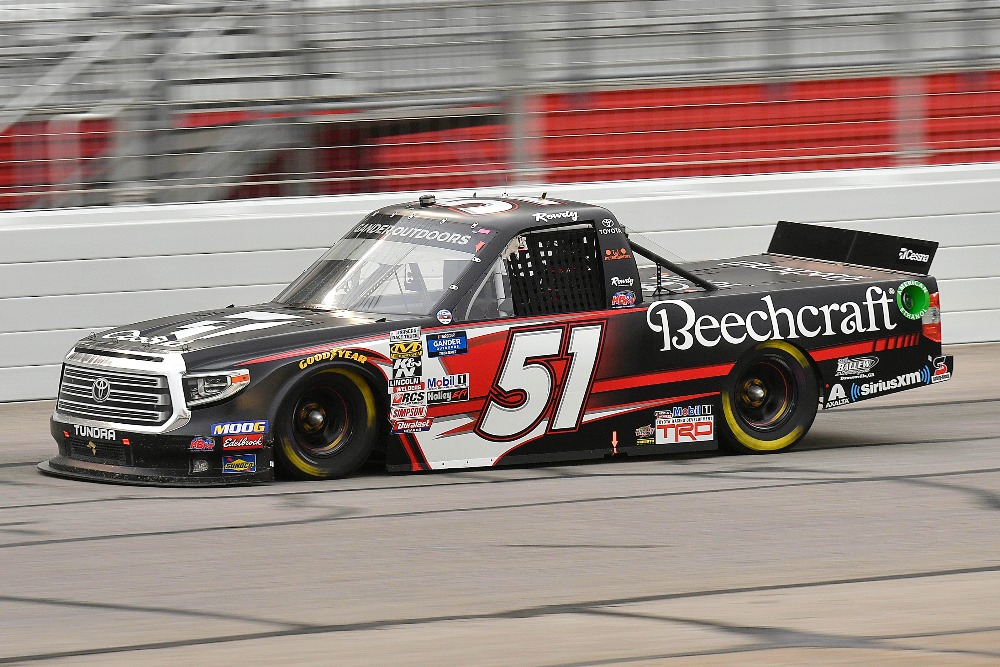 When you reflect on becoming the winningest driver in Truck Series history, is it significant to you to have had a chance to race against some of the other guys that were considered the greats in this series?

“No question. As much as (Ron) Hornaday and I probably didn’t like each other and couldn’t stand each other back in the day, it was a thrill to race against him and to compete against him and to beat him, to lose to him. The other names that are out there – Jack Sprague for instance. Mike Skinner, Todd Bodine, all the greats that I ran against. I mean I ran some races against (Kyle) Larson, like I said, (Tony) Stewart like I said. (Matt) Crafton has been here forever. He’s won a ton of races. Johnny Sauter right now. The list goes on of all the guys that I’ve been able to race against in the Truck Series and it’s been fun to do. I’ve enjoyed every minute of it. It’s been especially fun too because of the way that I did it with (Billy) Ballew who – we had nothing. There were times where we had four trucks and that’s all we had and then we had a two-truck team and we ran Billy broke too many times over again, but he kept digging and he kept pulling through and figuring out how to get us to the next race and it was amazing the success that we had with that group at that shop and then to form my own team and to be a part of that with (Rick) Ren and Eric Phillips and now Rudy (Fugle) has kind of taken the lead role on that and having Marcus (Richmond) and (Mike) Hillman (Jr.). I competed against Hillman. I hated Hillman years ago and now I have him at my place and understand why he was as good as he was back then. It’s been a fun time to reminisce and think about all the great people that I’ve raced against and competed against and have lost to and beat.”

KBM-047: The No. 51 Cessna team will race KBM-047 for Friday’s Strat 200. This chassis has been raced seven times with an average start of 2.9 and an average finish of 8.1. In its last outing, Noah Gragson started on the pole at Chicagoland Speedway in Joliet, Ill., and finished fourth.