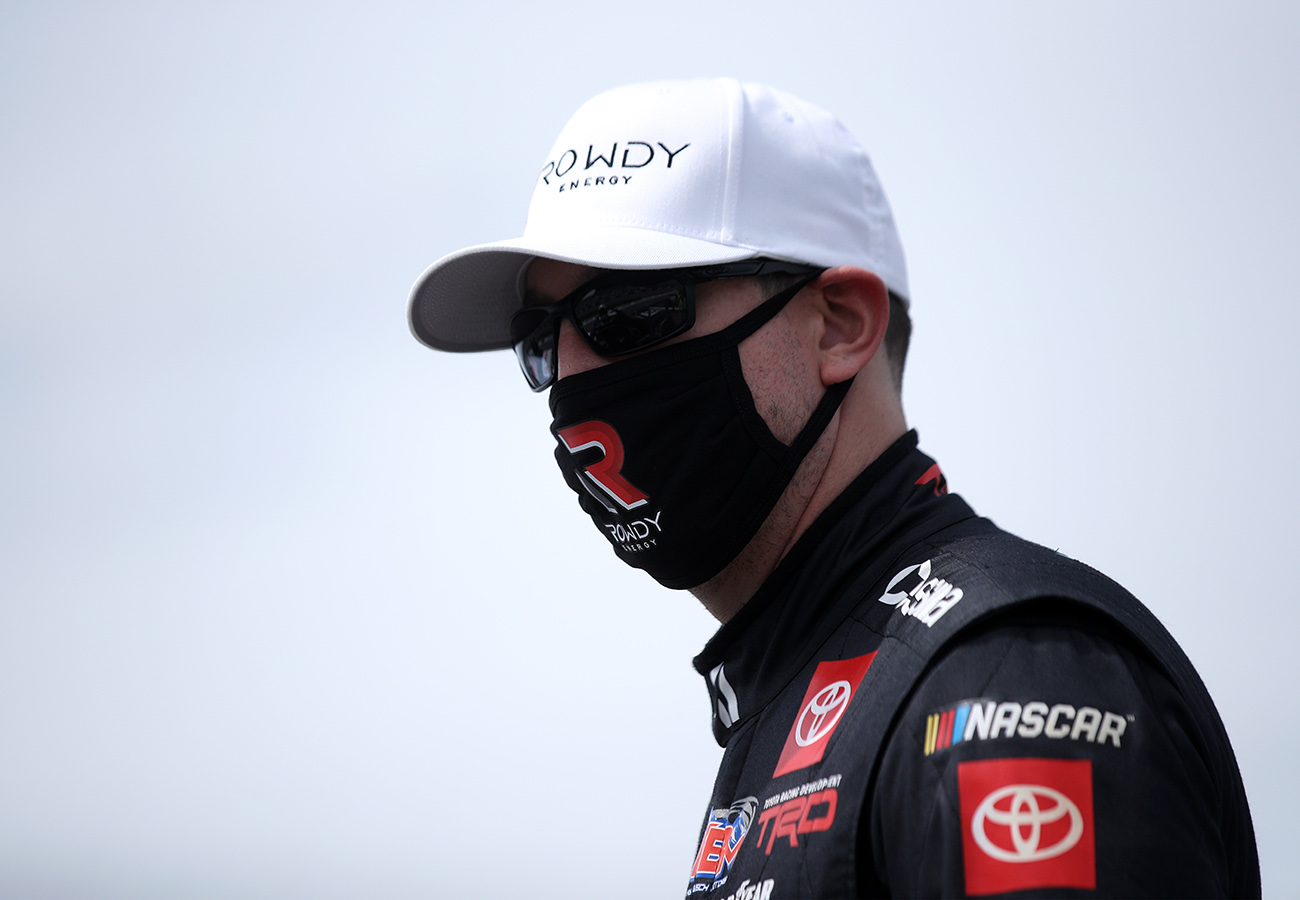 How do you balance new ideas Mardy (Lindley, crew chief) has versus the notebook KBM has already built?

“Myself with Mardy, we’ve been trying some things that he is used to and that can sometimes get you off a little bit on what setups might be or what the company’s direction might be. I think it’s on me to kind of bring that back in and say, ok we’ve tried those things and we do have a good overall baseline here at KBM that we can fall upon. Mardy is very receptive to that too, and I feel like it’s a good working relationship that he and I have. I’m the guinea pig, I’m the test dummy, they give me all the stuff that everyone wants to try and do, that they think would be more beneficial, and then we put it on my truck because I’m able to give back the most information. I’m able to tell you what is good and what is bad, and we can work on it from there. I feel like John Hunter is excelling with the stuff that they are doing, and I feel like we’re learning with the things that we are doing. It’s everyone at KBM working together to make the organization stronger.”

KBM-054: The No. 51 Cessna team will race KBM-054 for Saturday’s Wise Power 200 at Kansas Speedway. Busch won with the Tundra in its maiden voyage at Pocono Raceway in Long Pond, Pa. in July of 2018. Saturday’s race will be its first start in 2021, it saw the track three times last year with Raphael Lessard posting a best result of seventh at Michigan International Speedway in Brooklyn.