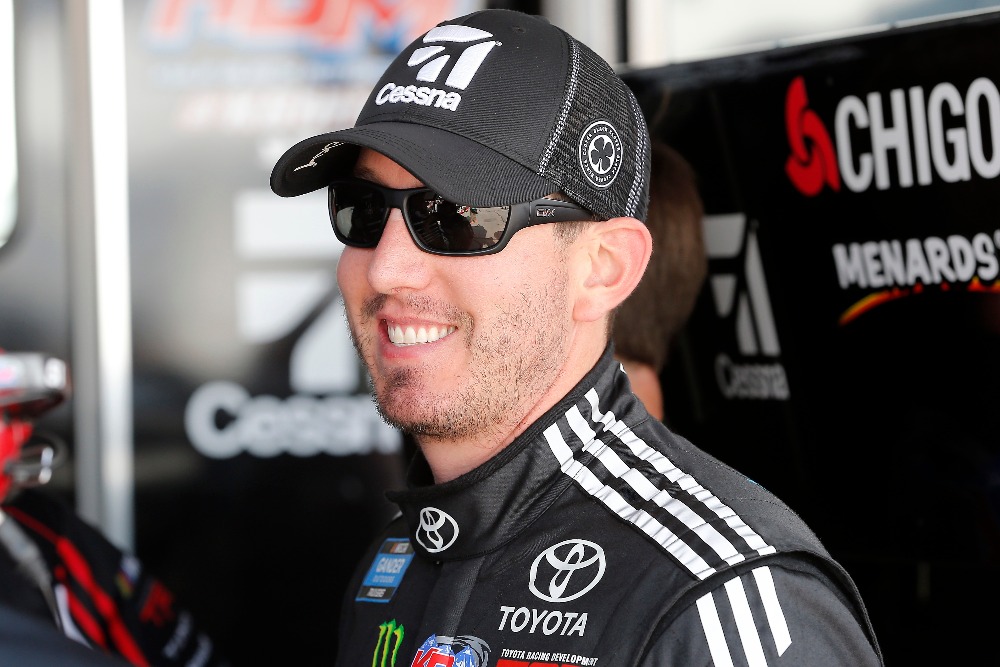 Do you like your chances of being able to go five for five in the Gander Trucks this season?

“Charlotte is always one of my best tracks, favorite tracks. I enjoy running there with the trucks especially. I feel like there’s a good opportunity to be able to go five for five. Hopefully we can put the Cessna Tundra in victory lane one more time this year and stay undefeated. It’s always special to win a truck race at Charlotte because you are able to celebrate in victory lane with a lot of the people that work in the shop at KBM that don’t travel and this is their once chance each year to experience it in person, and then for the guys that do travel, they get to have their families be a part of it.”

What are the challenges to continue improving your truck program once you’re done racing this season?

“For us, we aren’t a Cup team and so we move a lot slower than the Cup teams do. It just takes a bit longer to kind of get all that instilled into our stuff. If you look at me running the front side of the season and running as much as I do right now, we’ve been building some notes, and we’ve been building some things that we can work on and get better and do a little bit differently, so when we get to say July, August – that’s when you’ll start seeing some stuff coming out. That will be the brunt of the season kind of closing in for the Playoffs and then the Playoff push. I’d like to run more or maybe I’d like to run a little bit later, but I just don’t know that the races fall, especially with me – like going to Iowa, I’ve never been to Iowa. Gateway, those places, I don’t need to go to those places, so it doesn’t make any sense for me to go to those places. We have to rely on Rudy (Fugle, crew chief) and the other crew chiefs and drivers to make our stuff better when they go to those places.”

KBM-058: Crew chief Rudy Fugle and the No. 51 Cessna team will unload chassis KBM-058 at Charlotte Motor Speedway for the N.C. Education Lottery 200 this Friday. This chassis is brand new and will make its first start.