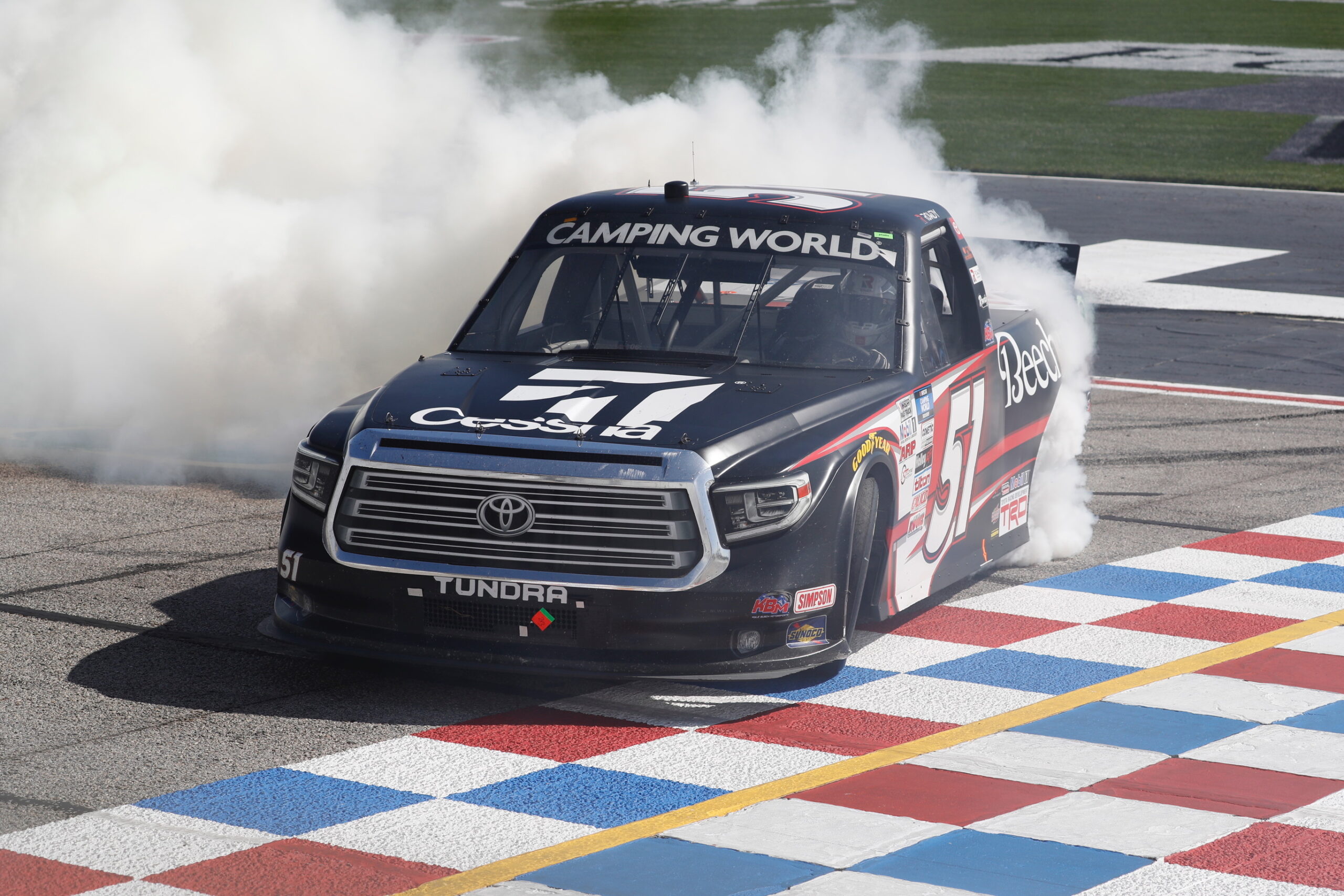 Kyle Busch driver of the No. 51 Cessna Tundra for KBM

What does winning, especially the way you did today, do for you mentally?

“It’s just a great opportunity to race in great stuff with KBM (Kyle Busch Motorsports), Cessna and Beechcraft. This Toyota Tundra was awesome. I can’t say enough about my guys, everybody at Kyle Busch Motorsports. They do such a great job with a lot of hard work. Without their preparation and dedication, we wouldn’t be as successful as we’ve been as an organization. It’s great to get back to Victory Lane. It’s cool to get back to Victory Lane in Billy Ballew’s (former NCWTS team owner) backyard here in Atlanta. We carried the Billy Ballew Motorsports decal today. If you need a deal on a sweet used car, go see him in Dawsonville. All of the Chase Elliott fans want to go there, but tell them that I sent ya.”

What contributions has Marty Lindley made to Kyle Busch Motorsports thus far?

“It’s all about great people. You win with great people in this sport and we’ve had great people and we still have good people. Just bringing Marty (Lindley, crew chief) on has been a refresher if you will. Six months from now, setups may not be the same and so just having some of those fresh ideas and some of those different concepts that we can apply to our Tundras to make sure we can go out there and continue to win and have good days like we did with John Hunter (Nemechek) and myself and race for that championship.”

After four races, the No. 51 team sits fourth in the owner’s championship standings.

The No. 51 hits the track with Martin Truex Jr. when the NASCAR Camping World Truck Series resumes action on Saturday, March 27 at Bristol (Tenn.) Motor Speedway. Live coverage will be on FS1, Motor Racing Network and SiriusXM at 8 p.m. ET.