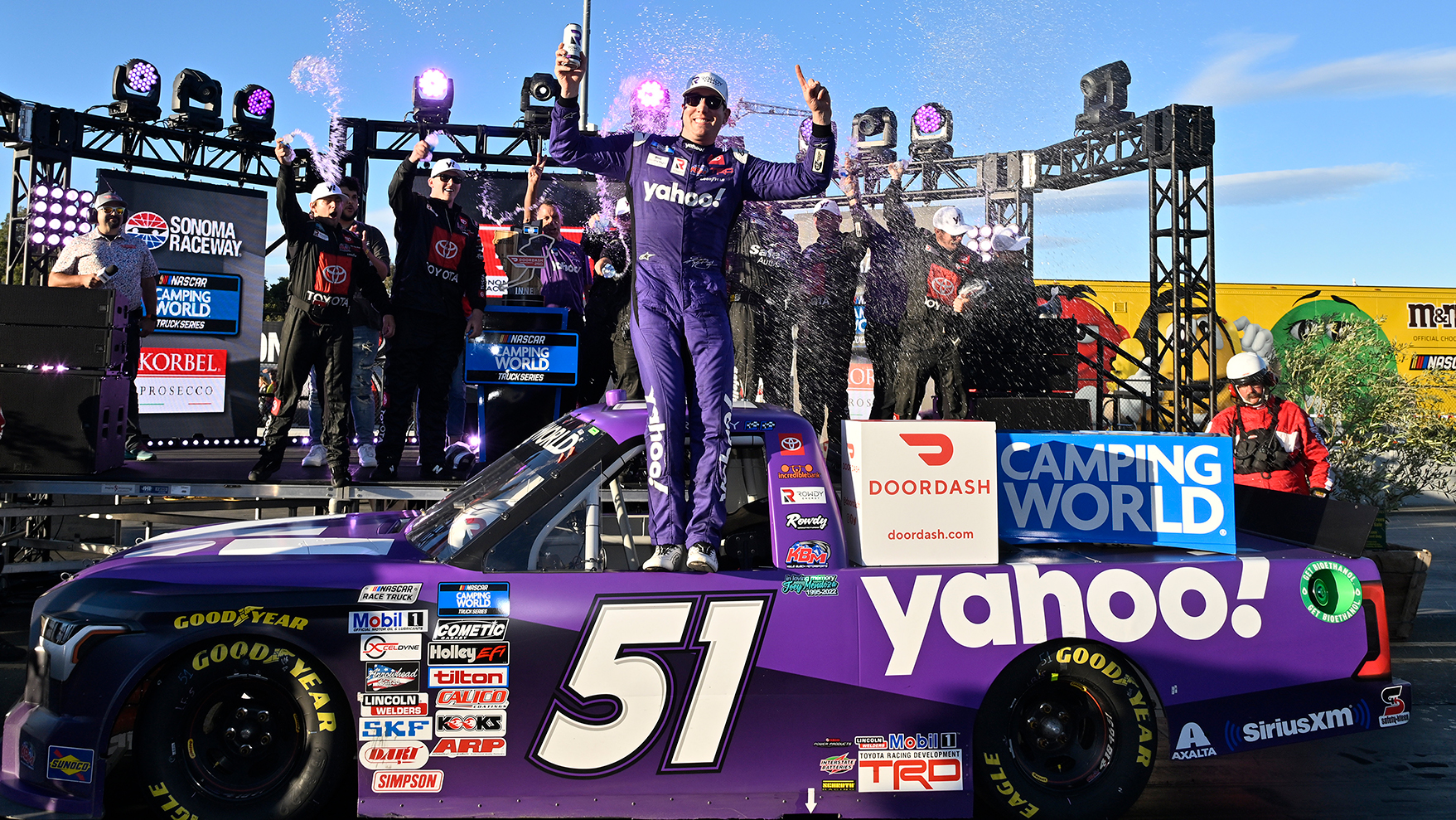 Owner-driver Kyle Busch made his fifth and final start of the 2022 Camping World Truck Series season in the Door Dash 250 at Sonoma Raceway on Saturday evening. ‘Rowdy’ came into the race looking to score his first win of the season after tallying three podium finishes in his first four starts.

After qualifying third in Saturday morning’s two-round qualifying session, Busch went on to lead a race high 45-laps in route to his 62nd career NASCAR Camping World Truck Series win. The 37-year-old driver has now won 37.5% of Truck Series races he has entered and has won a race in 10 straight years.

Kyle Busch, driver of the No. 51 Yahoo Tundra TRD Pro for KBM

What does it mean for you to get a win here in Sonoma?

“It means a lot. You look back at the history of the sport and the Truck Series growing up in California, these were their parts. It basically started in Bakersfield and Sonoma on a yearly basis there, so now that its back, it was good to come out and knock the rust off a little bit with the road racing and stuff. I didn’t want to run sim this week, so I thought the road course would knock that off. Certainly, it feels good to get our Yahoo! Toyota Tundra TRD Pro here in victory lane. Being a part of Kyle Busch Motorsports, and us being in the sport this long, it means a lot to get more diverse tracks on the schedule and get some wins at those places. Our Rowdy Manufacturing chassis was awesome today, and these guys did a really good job working their butts off.”

How important was it for you to keep the win streak going?

“I look back on the missed year of 2011 or 2012, where I didn’t get a win. I think we finished second like six times that year or something stupid. That was frustrating. That’s more bitter than this one not winning, but it’s good to be able to score a win. We were in position a few times this year. We had a couple really, really fast race trucks. Vegas comes to mind, COTA (Circuit of the Americas) comes to mind, so we didn’t miss by very much, just circumstances, but proud to get one today. Everything kind of went our way, and we had a fast truck.”

The No. 51 team gained one spot and now sit in seventh in the Owner’s Championship standings. They now sit 54 points back of the No. 99 ThorSport Racing team in first.

Toyota Racing Development dirt standout Buddy Kofoid will make his second career NASCAR Camping World Truck Series start behind the wheel of the No. 51 Tundra TRD Pro next weekend at Knoxville (Iowa) Raceway. Live coverage of the Clean Harbors will be on FS1, Motor Racing Network and SiriusXM at 9p.m. ET.