Kyle Busch Claims the Clock and Win No. 54 at Martinsville Speedway 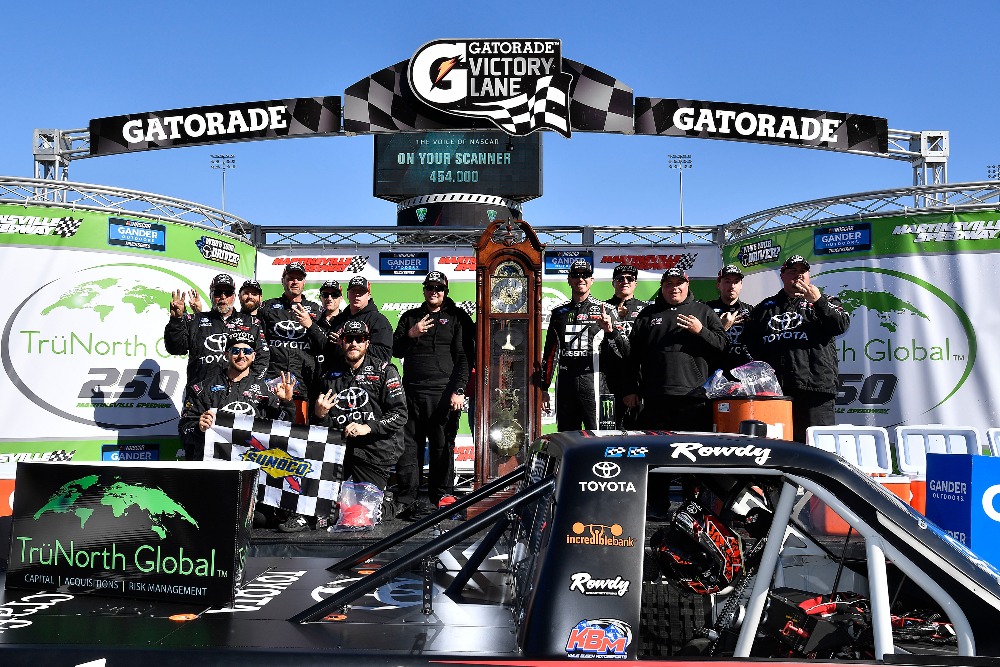 Kyle Busch continued his dominating march with NASCAR Gander Outdoors Truck Series win number 54 and NASCAR national series win number 201 at Martinsville Speedway. The 33-year-old led a total of 174 of 250 laps after starting the race in the second position in the No. 51 Cessna Toyota Tundra. In three NGOTS starts in 2019, Busch has earned three victories.

What made the difference on your Tundra today?

“These guys worked really really hard this weekend. We unloaded and I didn’t like where we were at. We made wholesale changes to this thing all weekend long. I just tried to keep improving this Cessna Beechcraft Tundra and make it faster. Certainly want to give thanks to TRD and Rowdy Manufacturing – all these guys. We just kept trying to make it turn the center better. That’s where it’s at at Martinsville. You’ve got to be able to turn the center without getting too lose in and too loose off. There during the race, a couple of times when I was underneath some guys I’d get loose. I saw other guys getting loose in the same kind of aspect. We were able to get by them and get through them and have enough tire there at the end to hold them off.”

Todd Gilliland, driver of the No. 4 Toyota Tundra, finished 15th

Raphael Lessard, driver of the No. 46 Toyota Tundra, finished 14th

The No. 51 team leaves the fourth race of the season ranked first in the Truck Series Owner’s Championship Standings, 41 markers ahead of second-place.

Team owner Kyle Busch will be behind the wheel of the No. 51 Cessna Tundra when the Truck Series returns to action Friday, March 29 at Texas Motor Speedway in Fort Worth, Texas. Live coverage of the Vankor 350 begins at 9:00 p.m. EST on FS1.