K&N Pro Series West Champion Gilliland to Compete in Four Truck Series Races Behind the Wheel of the No. 51 Toyota Tundra in 2017 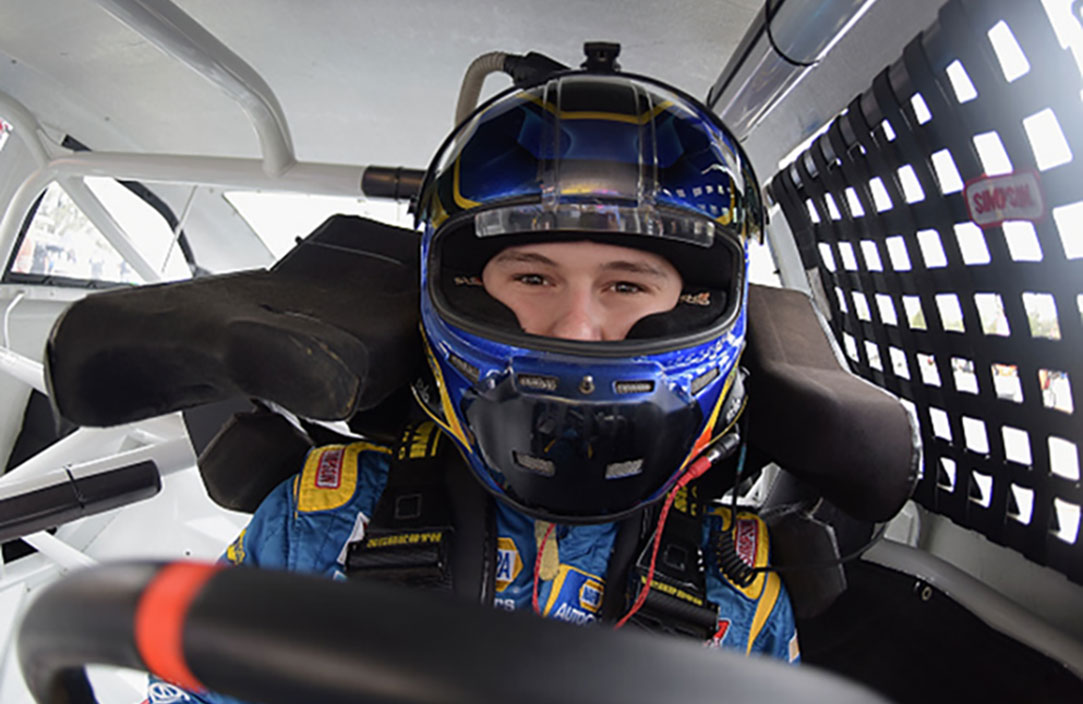 With six victories this year in the K&N Pro Series West, the 16-year-old matched three other drivers for the series record for most wins in a single season and also collected six poles, 11 top-five and 13 top-10 finishes en route to becoming the youngest champion in the history of any NASCAR national or touring series. The K&N West Series Rookie of the Year also competed in five K&N Pro Series East events in 2016, registering one win, one pole, three top-five and five top-10 finishes.

Gilliland was victorious in his K&N Pro Series West debut at Phoenix (Ariz.) International Raceway in November of 2015 and opened up the 2016 season with wins in both the East Series opener at New Smyrna (Fla.) Speedway and the West Series opener at Irwindale (Calif.) Speedway. He followed it up with a win at Kern County Raceway Park in April, giving him wins in each of his first four K&N Starts which matched a 60-year-old record set by International Motorsports Hall of Famer Dan Gurney.

In addition to his seven career K&N Pro Series victories, Gilliland made history in his ARCA Racing Series debut at Toledo (Ohio) Speedway in May of 2015 when he became the youngest winner in series history just two days after his 15th birthday. He finished ninth in his only other ARCA start at Iowa Speedway in July of 2015.

“Todd joined the driver lineup for our Super Late Model program this year and we liked what we saw with his competitive nature and strong work ethic, so we are looking forward to seeing him move up to the Truck Series program for 2017 and getting behind the wheel of our Tundras for four races,” Busch said. “He proved by winning several races in the K&N Series, both East and West, and the West Series championship that he has the talent to succeed in bigger stock cars and he deserves a chance to compete at higher levels next season.”

“I’m very excited for the opportunity to race in the Truck Series for KBM next year and it wouldn’t be possible without the support of everyone at Toyota and TRD,” Gilliland said. “Moving up into the top levels of NASCAR is going to be a learning experience, but I know that I’m getting behind the wheel of fast Tundras and with the staff that they have in place at KBM and the knowledge that Kyle can pass along I’m going to learn a lot and continue to grow as a driver.”

Gilliland joins owner-driver Busch (five races) as part of the multi-driver lineup that will compete behind the wheel of the No. 51 Tundra in 2017.  Announcements for the drivers who will complete the remainder of the schedule are forthcoming.

Toyota (NYSE:TM), the world’s top automaker and creator of the Prius and the Mirai fuel cell vehicle, is committed to building vehicles for the way people live through our Toyota, Lexus and Scion brands.  Over the past 50 years, we’ve built more than 30 million cars and trucks in North America, where we operate 14 manufacturing plants (10 in the U.S.) and directly employ more than 44,000 people (more than 34,000 in the U.S.).  Our 1,800 North American dealerships (1,500 in the U.S.) sold more than 2.8 million cars and trucks (nearly 2.5 million in the U.S.) in 2015 – and about 80 percent of all Toyota vehicles sold over the past 20 years are still on the road today.

Toyota partners with philanthropic organizations across the country, with a focus on education, safety and the environment.  As part of this commitment, we share the company’s extensive know-how garnered from building great cars and trucks to help community organizations and other nonprofits expand their ability to do good. For more information about Toyota, visit www.toyotanewsroom.com.