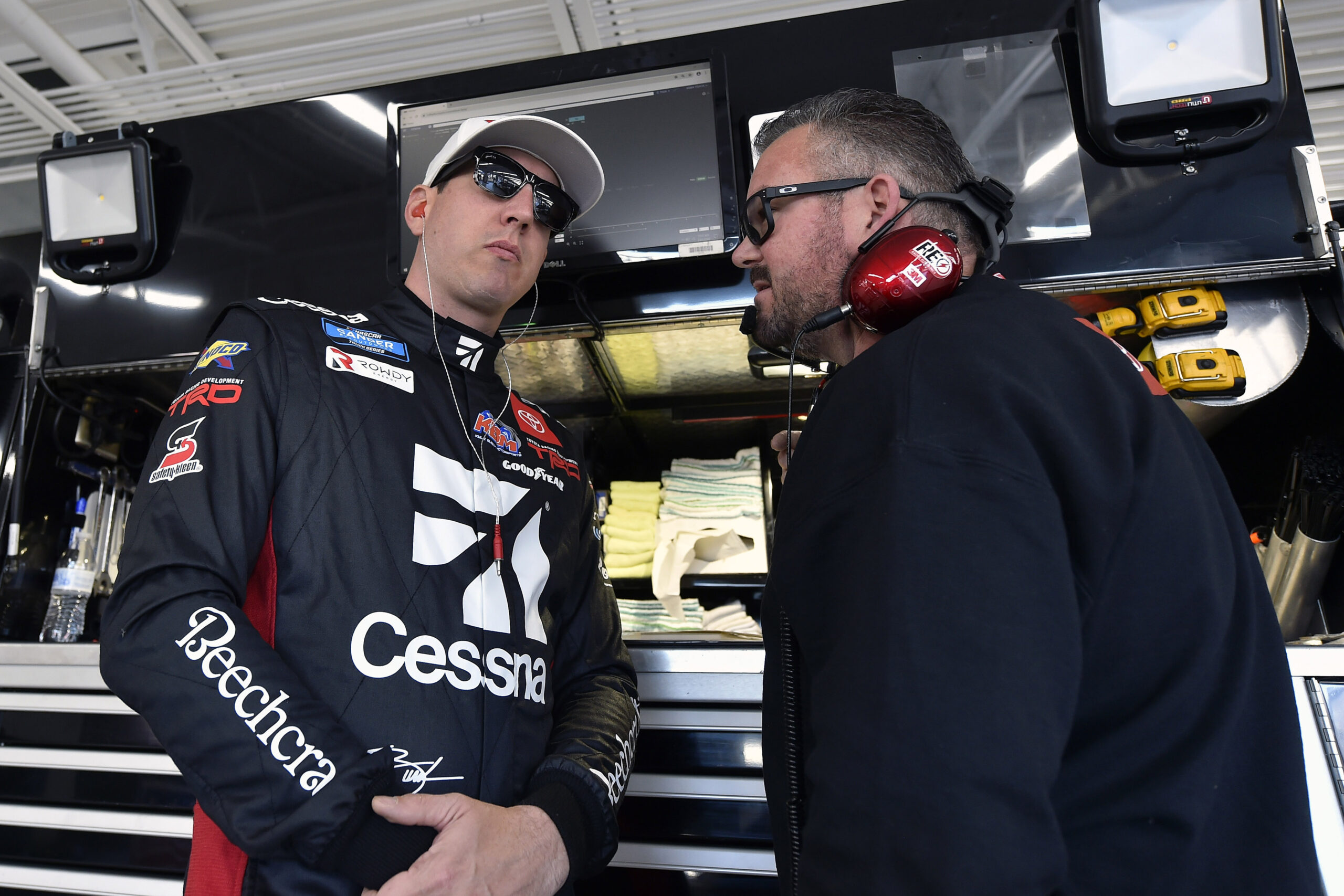 MOORESVILLE, N.C. (Dec. 8, 2020) – Kyle Busch Motorsports (KBM) announced today the crew chief lineup for its three full-time NASCAR Camping World Truck Series teams in 2021. Eric Phillips, the winningest crew chief in Truck Series history, returns to the organization and will guide John Hunter Nemechek and the No. 4 team; Danny Stockman, who returns for his second season at KBM, will call the shots for Chandler Smith and the No. 18 team; and the organization has added Mardy Lindley to oversee the No. 51 Tundra with Kyle Busch and other drivers to be named at a later date.

Phillips was hired by KBM in 2010 to lead the No. 18 team in its debut season and helped build the organization into one of the premiere teams in all of NASCAR before departing at the end of the 2014 season. Under his guidance, the No. 18 team won eight races in its inaugural campaign and became the first team in Truck Series history to capture an Owner’s championship in its first season of competition. In 2014, he led the No. 51 team to an owner’s championship and his team’s 10 wins spearheaded KBM to a single-season Truck Series record of 14 wins.  His 37 career Truck Series victories make him the winningest crew chief in Truck Series history, with 27 of those coming while at KBM. Additionally, Phillips has nine career victories atop the pit box in the NASCAR XFINITY Series.

Stockman led the No. 51 team to four wins in his first season atop the pit box at KBM in 2020. He came to the organization with experience as a crew chief in all three national series, including a Truck Series championship with Austin Dillon in 2011 and an XFINITY Series championship with Dillon in 2013. Stockman’s XFINITY Series drivers totaled seven wins and 19 poles from 2012 to 2018 and after last season his Truck Series totals stand at eight wins and 13 poles.

Lindley has guided his drivers to 32 wins and four ARCA Menards Series East championships since 2013, including back-to-back titles with Sam Mayer the last two seasons. Additionally, he earned the ARCA Menards Series Sioux Chief Showdown championship with Mayer this year.  Behind the wheel, the second-generation driver won 11 races on the Pro Cup Series from 2000 to 2006 and was crowned the series champion in 2001.

The 2021 season gets underway with the running of the NextEra Energy Resources 250 at Daytona (Fla.) International Speedway on Friday, Feb. 12.