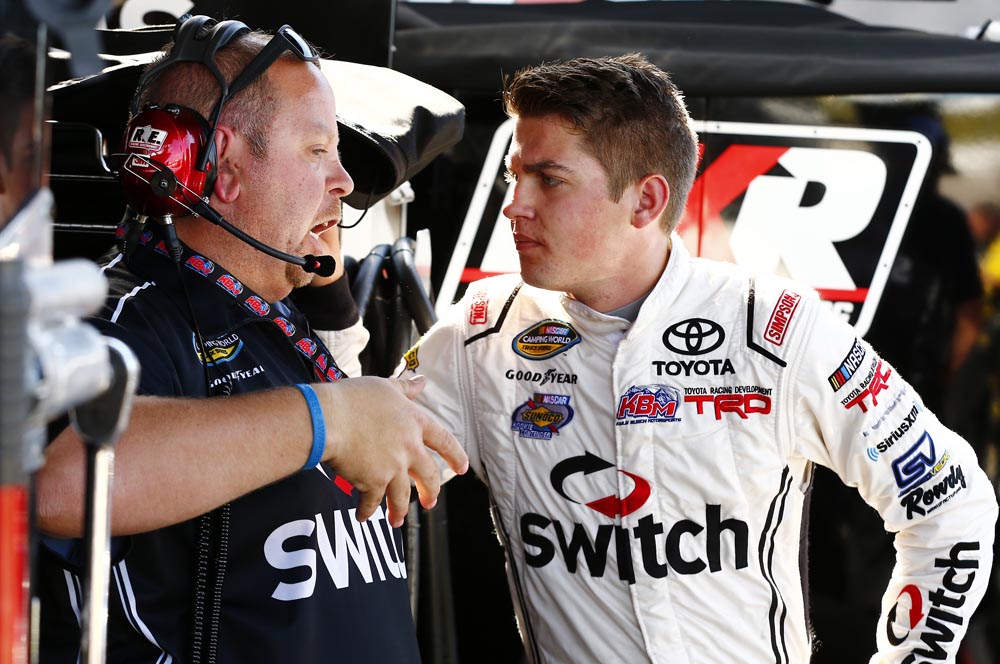 MOORESVILLE, N.C. (Jan. 17, 2018) – Kyle Busch Motorsports (KBM) announced today the crew chief lineup for its three full-time NASCAR Camping World Truck Series teams in 2018. Ryan “Rudy” Fugle will call the shots for Noah Gragson and the No. 18 team, Mike Hillman Jr., will work with Harrison Burton, Kyle Busch and other drivers yet to be announced in the No. 51 Tundra and Marcus Richmond will have Todd Gilliland as the primary driver of the No. 4 Tundra with Kyle Busch driving two races and David Gilliland competing in the season-opening event at Daytona (Fla.) International Speedway.

Fugle has guided his team to an Owner’s championship in all four of his seasons (2013, 2015, 2016 & 2017) as a crew chief at KBM, including combined Owner’s/Driver’s championships with Erik Jones in 2015 and Christopher Bell in 2017. The New York native’s drivers have combined for 21 wins, 14 poles, 48 top-five and 53 top-10 finishes across his 91 races calling the shots for the organization. Under his tutelage last season, Bell collected a Truck Series’ leading five wins, five poles, 15 top-five and 21 top-10 finishes en route to the series championship.

Hillman Jr., is a two-time NASCAR Camping World Truck Series champion crew chief. He helped Toyota capture its first-ever NASCAR national series championship when he guided Todd Bodine to the Truck Series title in 2006. The duo won 14 races as a pairing from 2006 to 2011 and topped the driver’s standings in NASCAR’s third division again in 2010. Overall in his 10-plus seasons atop the pit box, the New York native’s NCWTS drivers have collected 20 wins and 18 poles. He joined KBM for the last four races of the 2017 season and recorded one top-five and two top-10 finishes, highlighted by Harrison Burton’s career-best third-place finish at Martinsville (Va.) Speedway in October.

Richmond has collected 10 wins, 14 poles, 56 top-five and 120 top-10 finishes across 245 races in his 12 seasons as a crew chief in the Truck Series. The North Carolina native has been to victory lane with six different drivers (Ty Dillon, Noah Gragson, Kevin Harvick, Timothy Peters, Johnny Sauter and Dennis Setzer) and has recorded at least one win every year since 2012. In his first season at KBM, Richmond was paired with Noah Gragson and produced one win, three poles, four top-five and 13 top-10 finishes with the rookie.