Jones Fights for a Fourth-Place Finish at Kentucky 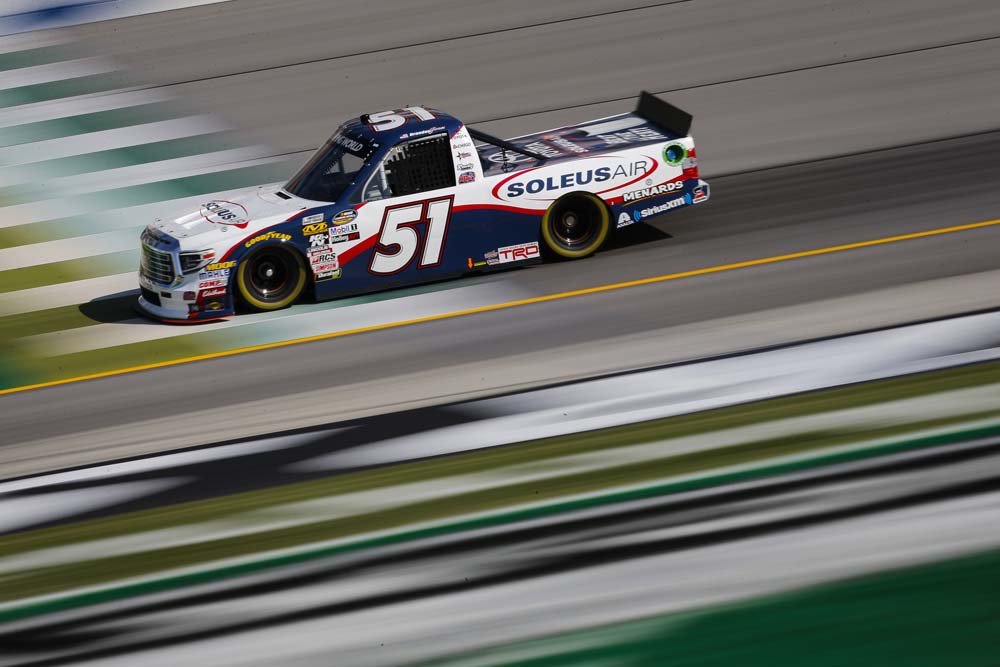 With no cautions in the final stage of the Buckle Up in Your Truck 225, Brandon Jones spent the final 80 laps fighting for track position. After a cycle of green-flag pit stops during the final stage, Jones was able to work his way up to fourth place in his No. 51 Soleus Air/Menards Tundra to finish the race. 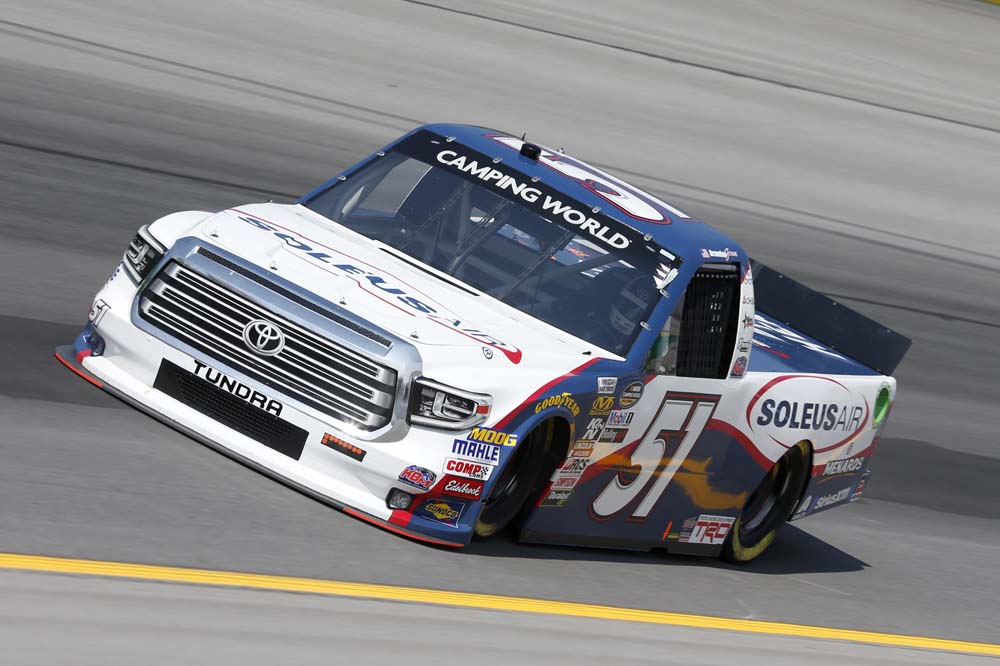 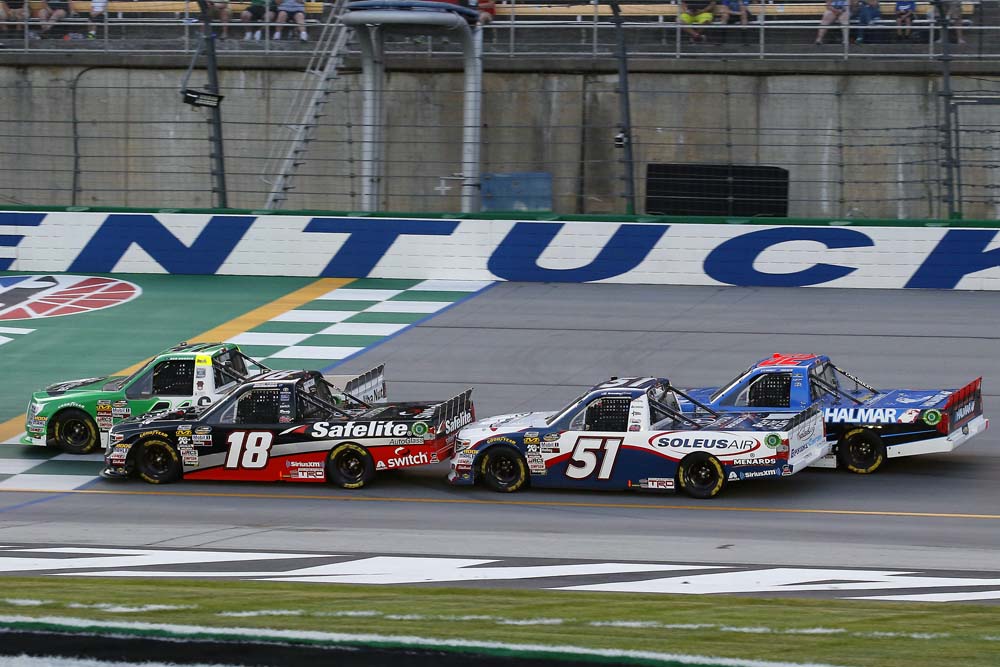 Brandon Jones, driver of the No. 51 Soleus Air/Menards Tundra for Kyle Busch Motorsports:

Where did you need a little bit more that last run?

“Where we really did was the second to the last run there. We made an awesome change, came down and I think the two tires that we did just kind of countered our adjustments there a little bit and just still made us too tight at the end, but we raced the 41 (Ben Rhodes) all day there, so I feel like we would have been in contention. It was just kind of track position all day. It was really hard to get around guys. You’d really have to pack air on to get them off the line, so that was kind of the technique tonight to use to be able to pass some guys. We made a few of them and came home fourth, so that’s all in all a great day. I’ve got one more race with these guys in the 51 in Vegas and hopefully that will be our time to get one.” 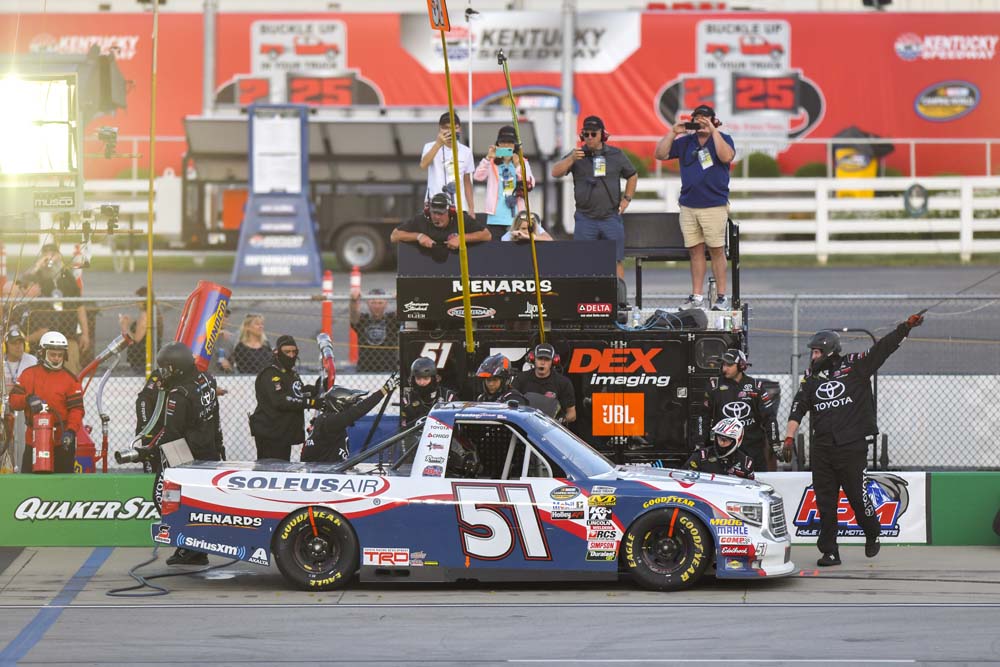 The No. 51 team is third in the Truck Series Owner’s Championship Standings, 74 points out of first.

Dirt standout Logan Seavey will be behind the wheel of the No. 51 Tundra when racing action resumes next week on Wednesday, July 18 at Eldora Speedway in Rossburg, Ohio, which is the only dirt track on the NASCAR schedule. Live coverage of the race begins at 9 p.m. ET on FS1. Jones will return to the No. 51 at Las Vegas Motor Speedway on Friday, Sept. 14.