Jones Earns a Top 10 in First Start with KBM 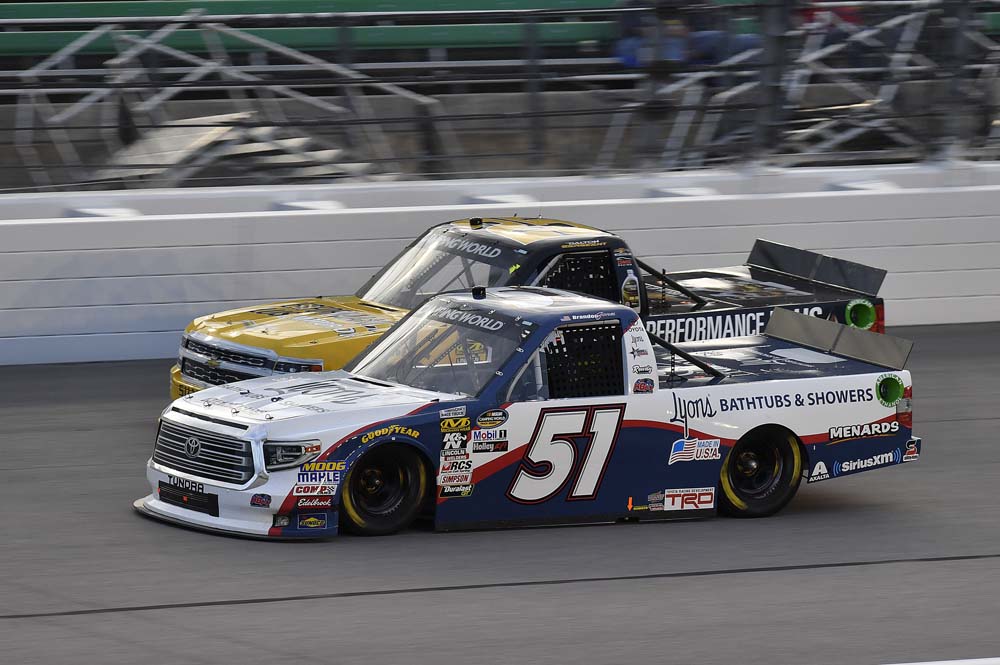 Brandon Jones made his first start for Kyle Busch Motorsports (KBM) in the NASCAR Camping World Truck Series Friday night at Kansas Speedway. After qualifying his No. 51 Lyons Industries/Menards Tundra 13th, Jones worked the entire race to communicate the changes he needed to crew chief Mike Hillman Jr., and the duo worked well together to earn a hard-fought ninth-place finish. 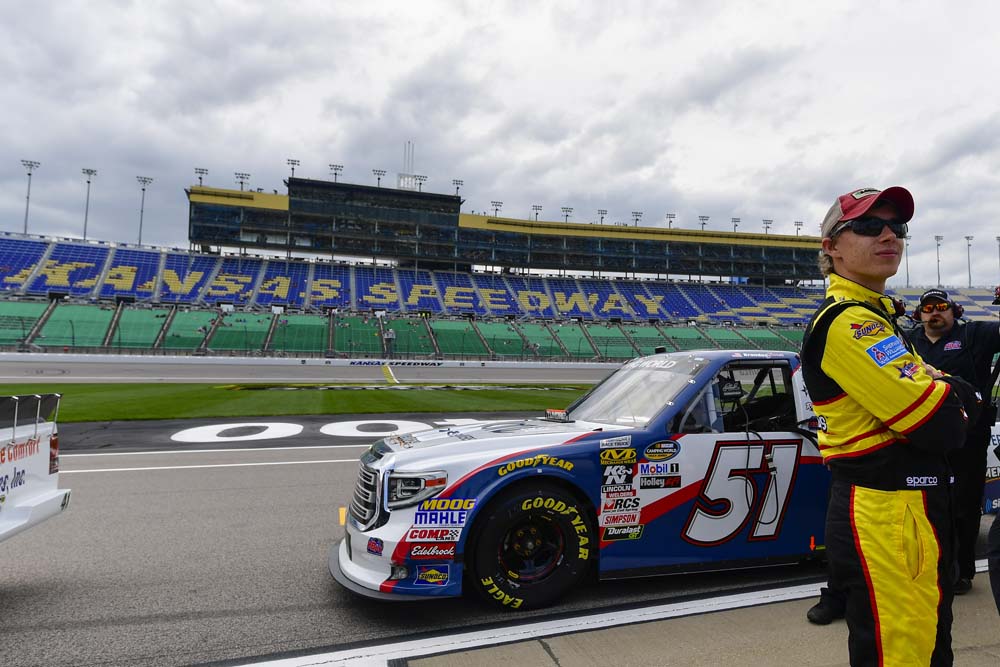 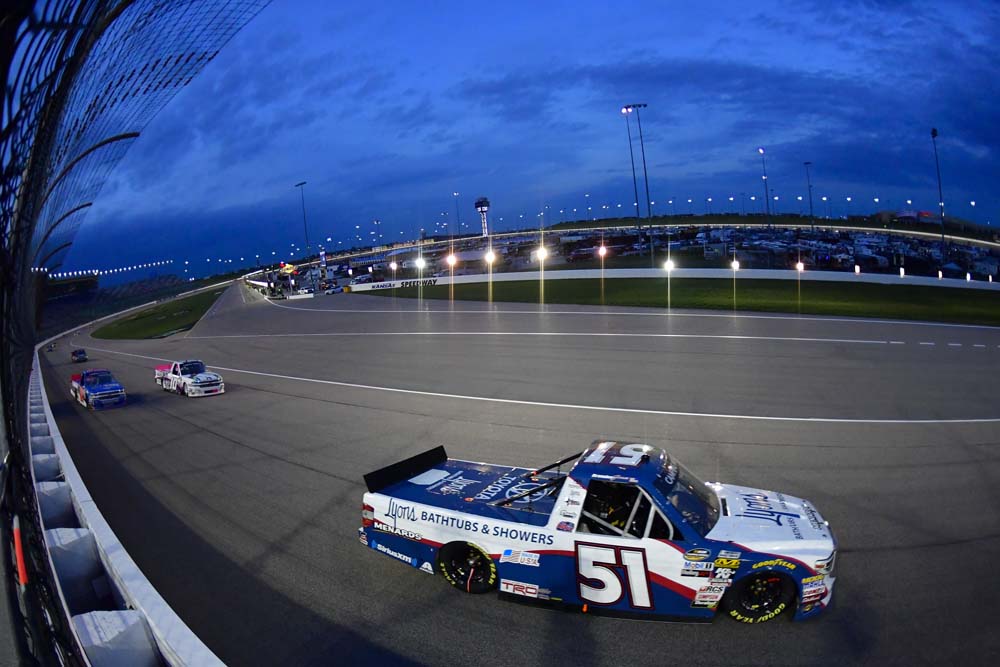 Brandon Jones, driver of the No. 51 Lyons Industries/Menards Tundra for Kyle Busch Motorsports:

“All in all, it was a pretty good day. I think the only thing that held us back at the end was trying to keep up with the race track. I don’t think I did a 100 percent good job of making the right calls to stay up with the track. During that last segment the track got way too tight on us, so I had to make a call for a big adjustment. It was a good adjustment, just not enough there at the end to make anything happen with it.

“I know we are better than ninth. We’ve got Charlotte coming up next week. I’m looking forward to going there and I think we’ll be much better there.” 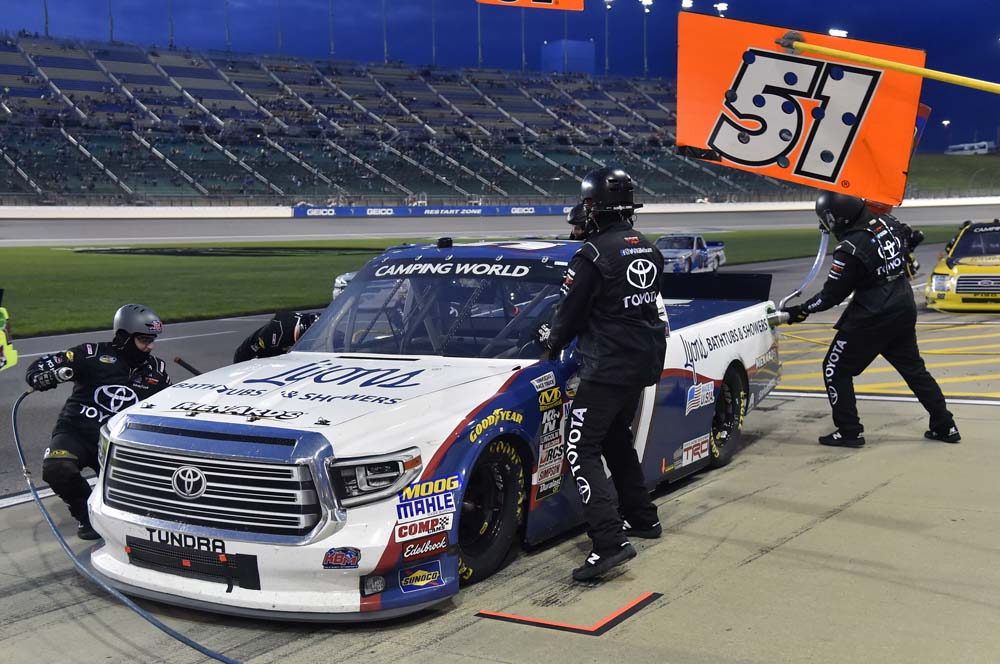 The No. 51 team is currently fourth in the Truck Series Owner’s Championship Standings, 54 points out of first.

Jones will pilot the No. 46 Tundra when the Truck Series returns to action next Friday, May 18 at Charlotte Motor Speedway. Live coverage of the race begins at 8:30 p.m. ET on FS1. Kyle Busch will drive the No. 51 Tundra next week at Charlotte as well.