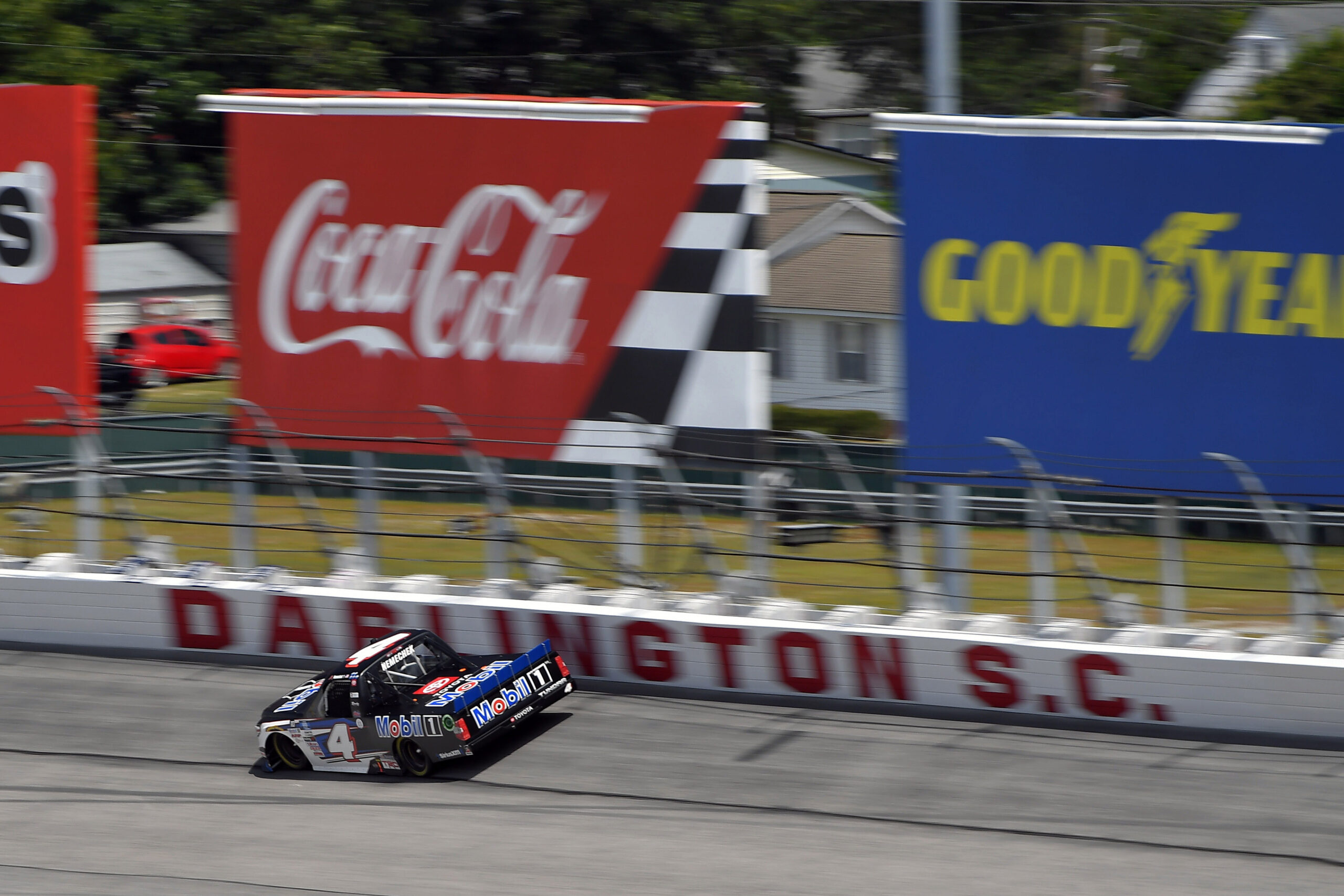 John Hunter Nemechek locked himself into the Round of 8 of the NASCAR Camping World Truck Series driver’s championship with a runner-up finish at Darlington Raceway.

Nemechek got off to a hot start in the In It to Win It 200. After starting in the sixth position, he quickly took over the lead on lap 10 en route to a Stage One win, his 10th of the year.

The Mobil1 driver found himself in the top-5 for most of the day while leading 39 total laps and picking up his second top-10 finish in two races at Darlington.

John Hunter Nemechek, driver of the No. 4 Mobi1 Tundra for KBM

What more did you need to catch Sheldon Creed in the closing laps?

“Clean air. Just super hard to pass. Same thing as last fall, same thing we fight in the Truck Series every week. I don’t know, we have to do a little bit better – think we could have controlled the race. They weren’t going to get by us. We made a last ditch effort. Proud of all the KBM (Kyle Busch Motorsports) guys – Mobil 1, Toyota, TRD and everyone who helps. Just have to say thank you. This one hurts. We had the dominant truck here in the spring and came back and ran second here today. On to Bristol. We should be starting first or second. Hopefully we can go get a win there. The only thing that matters is that we locked ourselves into the next round today. That’s all it is. The eyes are set on the prize. We want to win every single week, but there is a big trophy at the end of the year that means the most.”

What did you take away from this race?

“We just needed track position. We needed clean air. What mattered today if we couldn’t win was locking ourselves into the next round and advancing. We were able to do that by a pretty good margin I felt like. Overall, a solid performance. Our Toyota Tundra was fast. Just needed a little bit more. It definitely stings knowing we had the dominant truck here in the spring, gave that one away. Then to come back and run second, it hurts. We’ll take the momentum, not going to dwell on this. Just one race of the Playoffs and now we’re focused on the next round. Bristol doesn’t mean anything to us other than to go out there and try to win. Then the next round starts and all that focus is on those three races to make it to Phoenix. Eyes on the big trophy at the end of the year.”

After the second race of the NASCAR playoffs, John Hunter Nemechek has locked himself into the Round of 8. Nemechek is currently second in the points standings, just two points behind Sheldon Creed in first.

Nemechek and the No. 4 Mobil 1 Tundra will head to Bristol (Tenn.) Motor Speedway for the final race of the Round of 10 on Sept. 16. Live coverage will be on FS1, Motor Racing Network and SiriusXM at 9 p.m. ET.