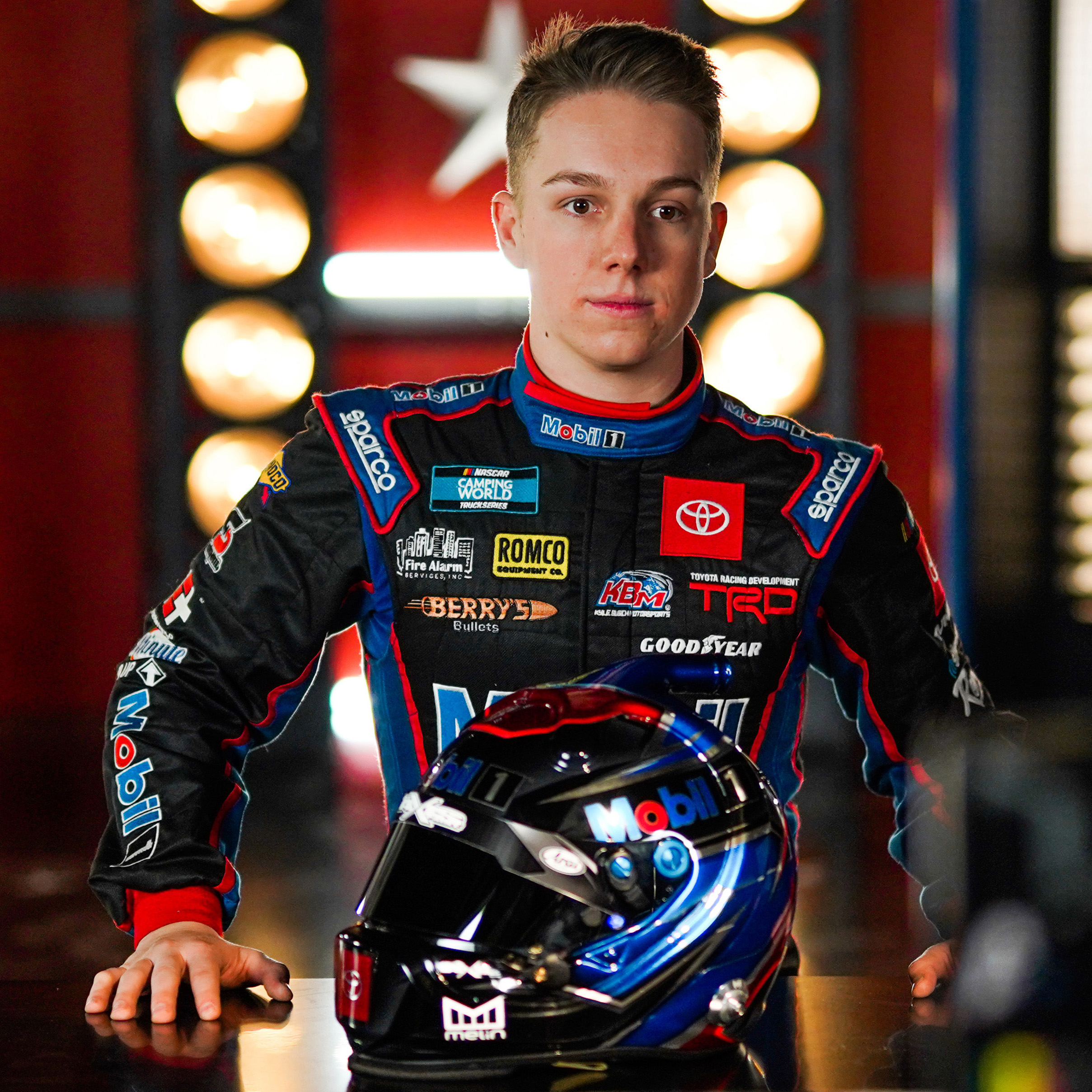 Nemechek is a six-time winner in Truck Series action, winning at least one race each season from 2015 to 2018 for his family-owned team, NEMCO Motorsports. Also, while driving his family-owned team, the North Carolina native qualified for the Camping World Truck Series playoffs in each of his two full-time seasons, finishing eighth in the championship standings in both 2016 and 2017. He was voted the series most popular driver in 2015.

The 23-year-old driver produced three top-10 finishes and an average result of 22.4 while competing for rookie of the year honors in the NASCAR Cup Series in 2020. He recorded a career-best eighth-place finish twice, both coming at Talladega (Ala.) Superspeedway, earned the Sunoco Rookie of the Race award four times and finished 23rd in the championship standings.

“Kyle and Samantha with the support of Toyota have built an organization that has won races and championships on a consistent basis and I’m looking forward to the opportunity to carry on the winning tradition by getting back to victory lane in the Camping World Truck Series next year,” Nemechek said. “I can’t thank the partners that have supported my career through the years enough for their continued support and I’m looking forward to building relationships with new partners this year. Bring on 2021 — Let’s Go Places!”

KBM owner-driver Kyle Busch made the first seven NASCAR XFINITY Series starts of his career for NEMCO Motorsports in 2003. He produced two runner-up finishes that year, including in his series debut at Charlotte (N.C.) Motor Speedway.

“I began my XFINITY Series career with NEMCO and I’ve had a long-running relationship with Joe and the Nemechek family, so it’s cool to see things come full circle with being able to sign John Hunter to race at KBM,” Busch said. “John Hunter is a proven winner in the Camping World Truck Series, as well as the Xfinity Series, and someone who we are confident will be able to put the No. 4 Tundra up front on a consistent basis and compete for victories each and every race. Despite only being 23 years old, he has a lot of experience across all three series and with next year’s Truck Series schedule including a lot of events where it’s just show up and race, having an experienced driver in one of our full-time Tundras is going to be beneficial to our whole organization.”

In addition to his six Camping World Truck Series wins, Nemechek has one NASCAR XFINITY Series win, which came at Kansas Speedway in Kansas City in October of 2018. In 2019 he qualified for the playoffs and finished seventh in the championship standings in his lone full-time season after positing six top-five and 19 top-10 finishes.

Announcements on sponsors and who will serve as Nemechek’s crew chief are forthcoming.

KBM prepares a fleet of race-winning Toyotas out of its state-of-the-art 77,000-square-foot facility in Mooresville, N.C. Fans can stay up-to-date with all the latest KBM news online at www.KyleBuschMotorsports.com, by liking the team on Facebook (KBMteam) and by following the team on Instagram (KBMteam), and Twitter (@KBMteam).