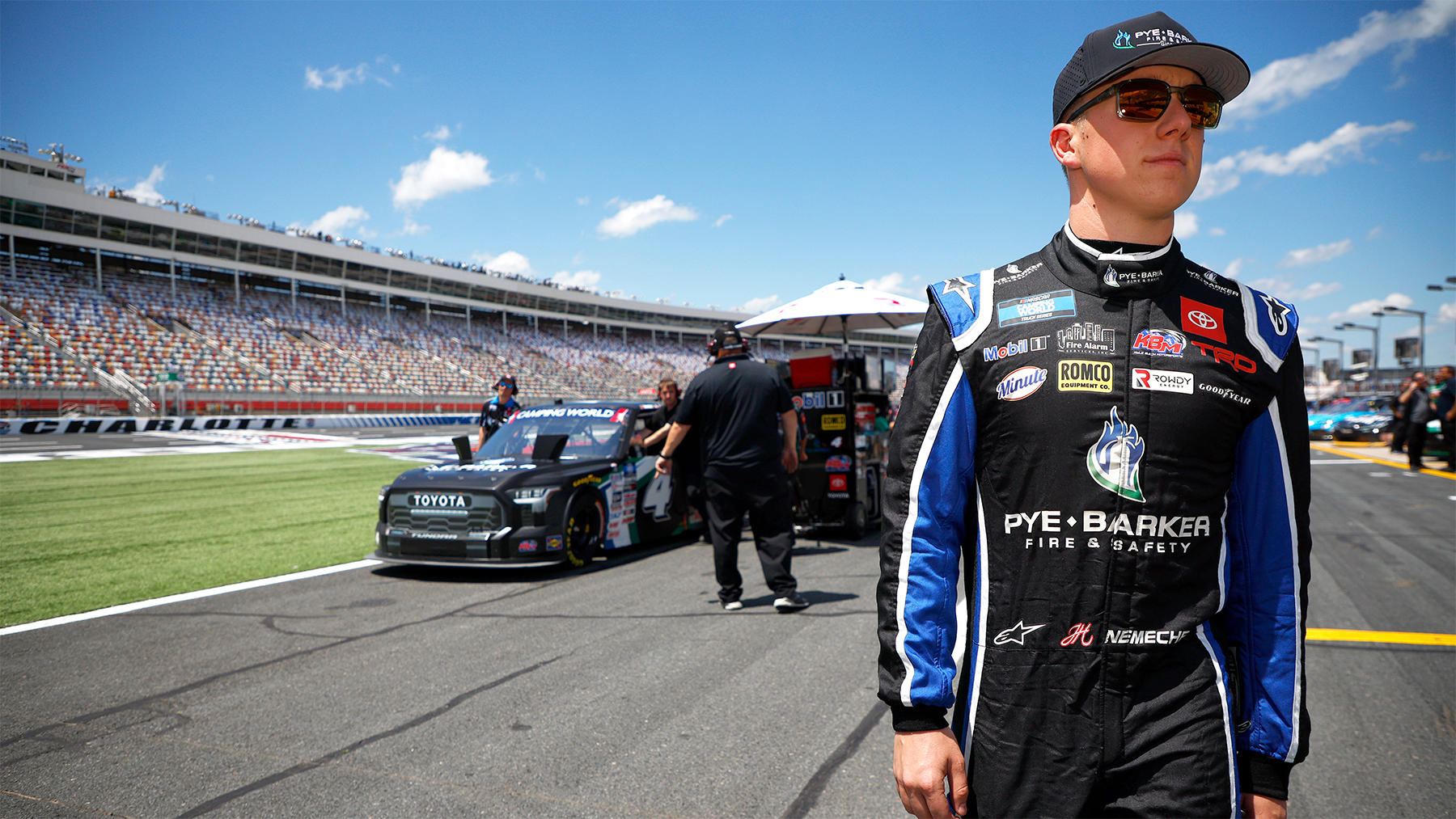 Being nine points below the cutoff with two races remaining in this round, how will you approach Talladega?
“You just have to go race. Stage points matter and finishing position matters. Talladega can make or break you.”
You were so close to a win there last year. Do you feel like maybe it owes you one?
“It’s superspeedway racing. All you can do is put yourself in a position to have a shot at the end and control everything you can control. It would be a very good weekend to get back to victory lane and lock ourselves into the Championship 4.”

KBM-13: The No. 4 Pye-Barker Fire & Safety team will unload KBM-13 for Saturday’s race at Talladega. Nemechek has raced this Tundra once earlier this season at Daytona where he qualified second and led 50 laps before getting caught up in a late-race incident and finishing 24th. KBM-13 is the same chassis that Nemechek piloted at Talladega last fall, where he was leading on the final lap before being turned and crossing the finish line sideways in the fourth position. KBM owner-driver Kyle Busch won with KBM-13 at Daytona in 2014.