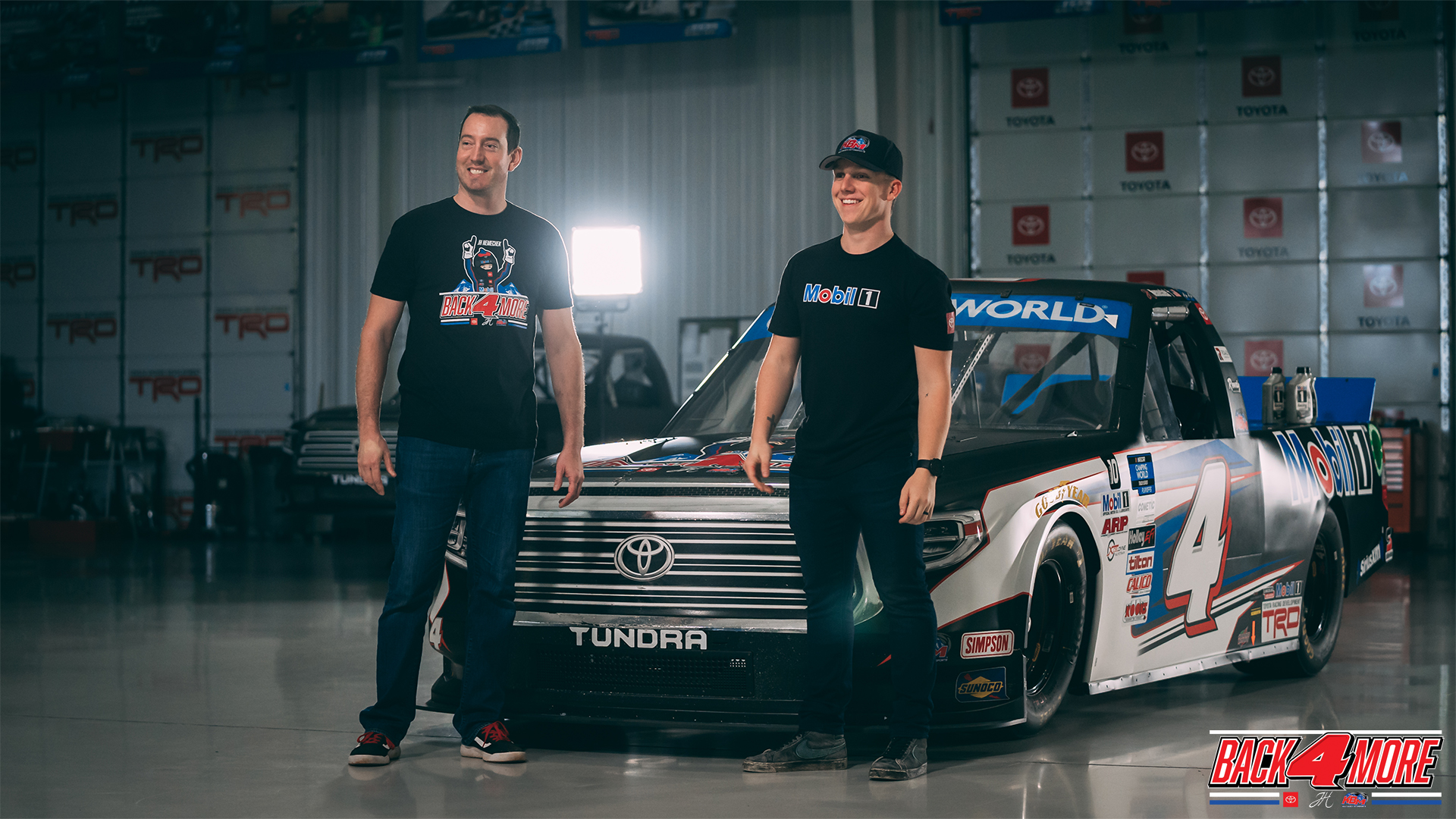 MOORESVILLE, N.C. (Oct. 14, 2021) – Kyle Busch Motorsports (KBM) announced today that John Hunter Nemechek will return to drive the No. 4 Tundra in the NASCAR Camping World Truck Series full time in 2022. The organization also announced that Eric Phillips, the winningest crew chief in Truck Series history, will once again call the shots atop the pit box for Nemechek and the No. 4 team next season.

With two races remaining in the 2021 season, Nemechek leads the Truck Series in wins (five), top fives (12), driver rating (114.5), average finish (8.5) and average running position (6.961). The 24-year-old drive is also tied for the most top 10s (15) and ranks second in laps led (570). He captured the regular season championship and with one race remaining in the Round of 8 of the NASCAR Camping World Truck Series playoffs, sits 36 points above the cutoff line for advancing to the Championship 4 at Phoenix (Ariz.) Raceway.

“I came to Kyle Busch Motorsports because it was an opportunity to get back to victory lane — I accomplished my goal of being here for wins and I’m excited to be coming back for more next year,” Nemechek said. “With the support of Kyle and Samantha, everyone at KBM and everyone at Toyota and TRD, I’ve been able to experience the thrill of victory alongside my long-term partners ROMCO, Fire Alarm Services, Pye-Barker Fire & Safety and Safeway, and we were also able to get Mobil 1 back to victory lane for KBM. We have some unfinished business left trying to bring the championship trophy home to KBM this year and then we’ll go to work on the brand new 2022 Tundra so that we can compete for more wins and another championship next year.”

“It’s been refreshing to see John Hunter get the No. 4 Tundra back out front leading laps, winning races and competing for a championship this year like it had in the past and it’s important for us that we are able to keep him in that seat for another season,” Kyle Busch said. “In addition to the accomplishments of the No. 4 team this season, the efforts that John Hunter and Eric have put in behind the scenes have helped keep that winning edge of performance in our whole program. I’m pumped to have the both of them back leading the charge at KBM as we roll out the new 2022 Tundra TRD Pro’s next season to continue our winning ways!”

The second generation driver is an 11-time winner in Camping World Truck Series action, winning at least one race each season from 2015 to 2018 for his family-owned team, NEMCO Motorsports in addition to his triumphs this season. Across 121 career starts in NASCAR’s third division, he has compiled two poles, 1,169 laps led, 40 top-five and 65 top-10 finishes resulting in an average finish of 12.4.

Phillips returned to KBM in 2021 to lead the No. 4 team efforts after six seasons working at Joe Gibbs Racing in various roles. In 2010, under Phillips’ direction KBM’s No. 18 team recorded eight victories in its inaugural campaign and became the first team in Truck Series history to capture an owner’s championship in its first season of competition. In 2014, the Illinois native led the No. 51 team to an owner’s championship and his team’s 10 wins spearheaded KBM to a single-season Truck Series record of 14 wins. His 42 career Truck Series victories make him the winningest crew chief in Truck Series history, with 32 of those coming while at KBM.

Sponsor announcements for the 2022 season are forthcoming.

Since debuting in 2010, Kyle Busch Motorsports (KBM) has quickly established itself as one of the most successful teams in all of NASCAR. Owned by two-time Cup Series champion Kyle Busch and fueled by his passion for winning, the organization holds the Camping World Truck Series records for most career wins (89) and most wins in a single season (14 in 2014). In addition to collecting a series-record seven Owner’s Championships, the organization has produced two championship-winning drivers: Erik Jones (2015) and Christopher Bell (2017).