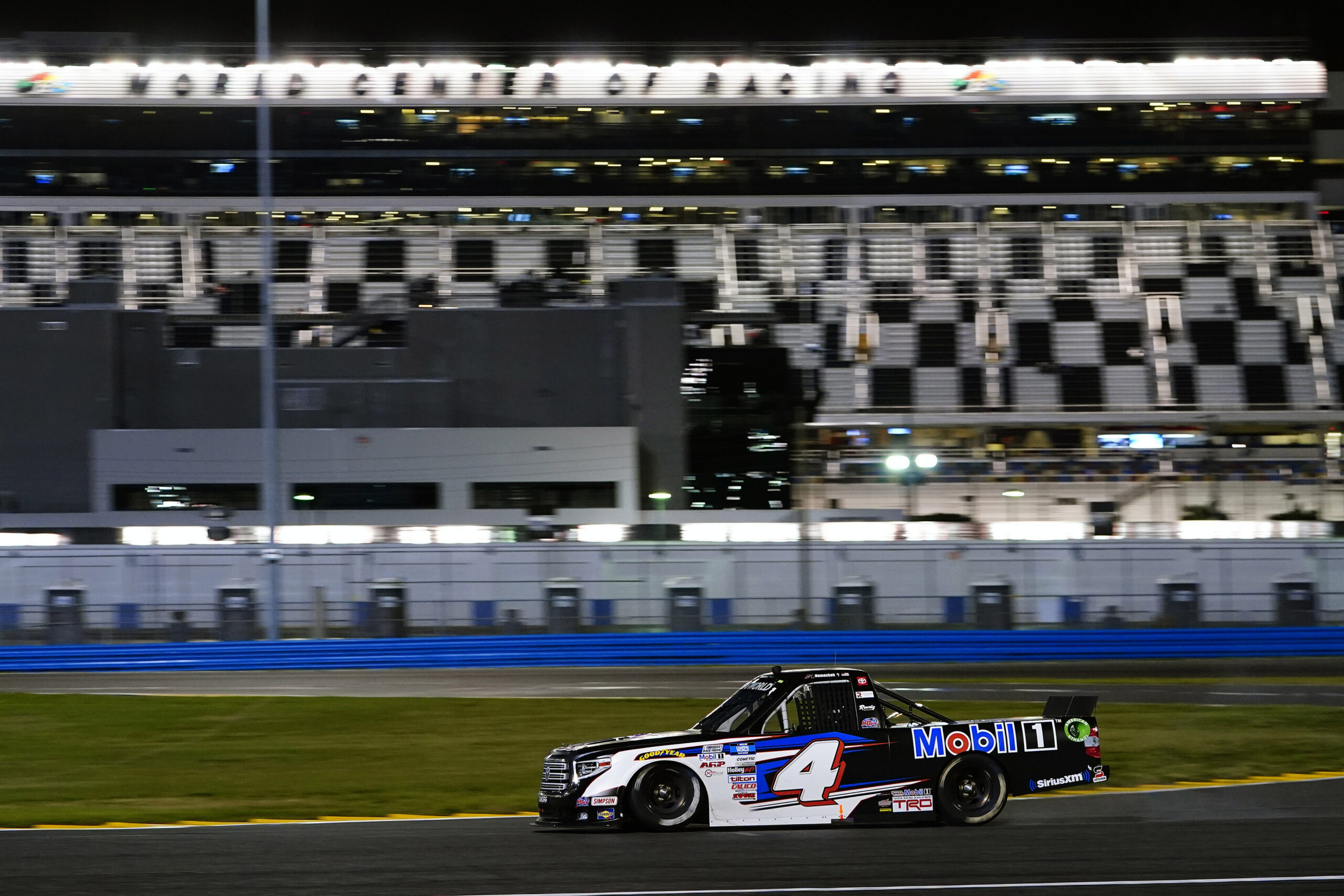 John Hunter Nemechek finished third in the BrakeBest Brake Pads 159 at the Daytona International Speedway Road Course. Nemechek was able to score his second stage win of the season in the opening stanza of the event. Prior to coming to pit road for the first time in the second stage, Nemechek ran out of fuel. The Mobil 1 driver was able to rebound and get a lap back in the final stage to finish third.

How do you describe this race and the last few laps?

“Very frustrating day. Had a really fast Tundra and led most of the race. Second stage, we thought we were good on mileage with the wet conditions and how slow we were. Ended up running out of gas. Just a mistake. Honest mistake. We win and lose as a team. Fought hard, got our lap back and got back to the front, made some moves and we did some things there on strategy that hurt us, but put us in a good position for that last restart. I just messed up. Go back and study and be better next time.”

After two races, Nemechek and the No. 4 team sit second in the driver point standings just nine points behind Ben Rhodes.

Nemechek will be back behind the wheel of the No. 4 Mobil 1 Tundra when the NASCAR Camping World Truck Series resumes action on Friday, March 5 at Las Vegas Motor Speedway. Live coverage will be on FS1, Motor Racing Network and SiriusXM at 9 p.m. ET.