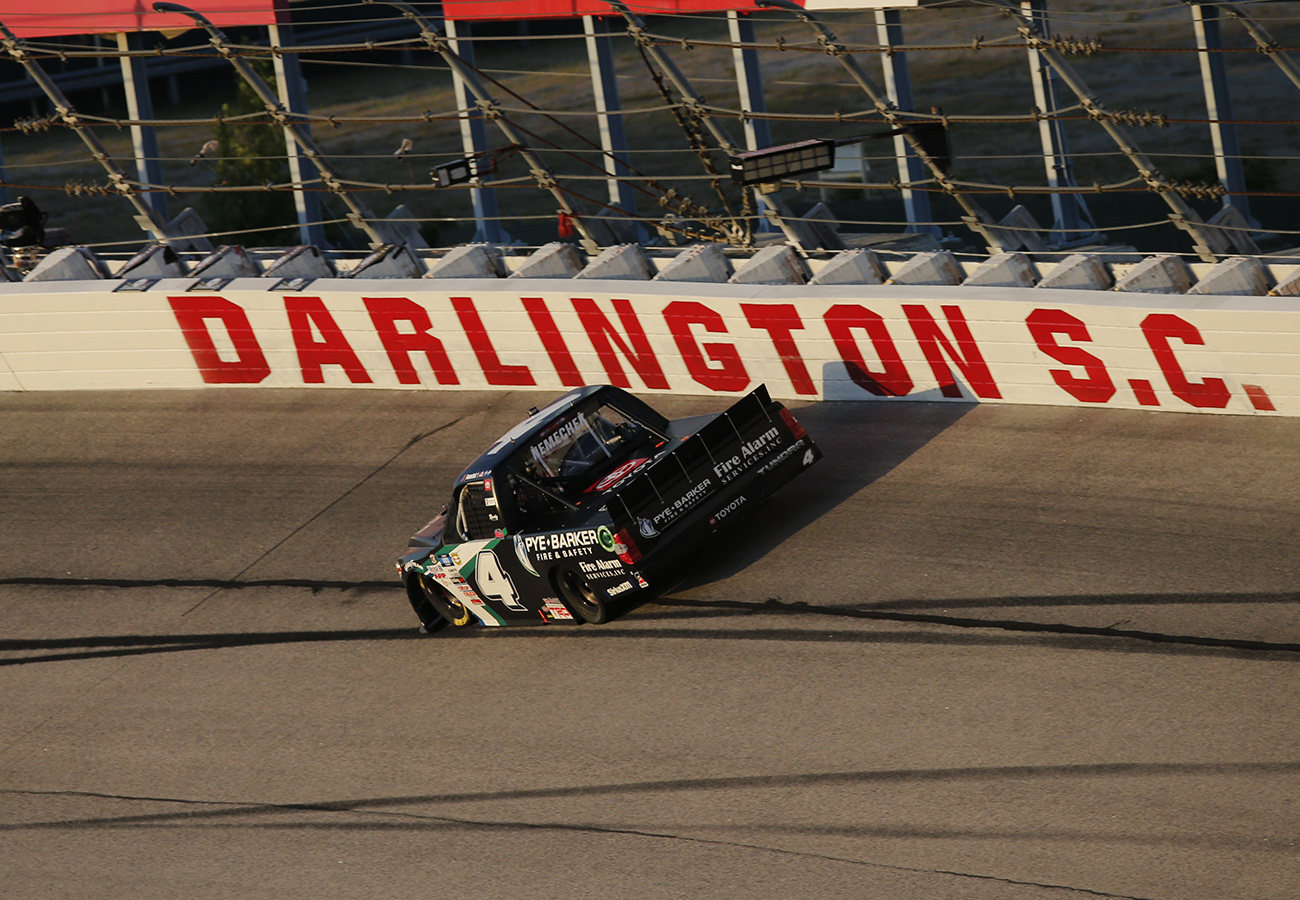 John Hunter Nemechek’s dominate day at Darlington was spoiled after an accident on the lap 118 restart when fellow KBM teammate Corey Heim was turned into the Pye-Barker Fire Alarm & Safety Tundra causing a 17-truck pileup entering Turn One. After a valiant effort by the over-the-wall crew, Nemechek was able to charge from the tail of the field in the closing laps to finish eighth.

Nemechek led 65 laps and scored the stage two win to extend his points lead over Ben Rhodes to 46 tallies heading into Circuit of the Americas.

John Hunter Nemechek, driver of the No. 4 Pye-Barker Fire & Safety Tundra for KBM

Tell us about your day

“We had a really fast Pye-Barker Fire & Safety Toyota Tundra. I definitely had the fastest truck and had the field covered. It was just a disappointing day. I don’t know how that happens. All I know is that I was going straight one minute and the next I was in the fence at a 45-degree angle. I have to go back and watch some replays. Overall, it was a solid performance for our team. They fixed it. We ended up with a top-10 finish by finishing eighth. This one hurt. We gave one away. I really wanted to win here in Darlington. Onto the next one.”

After eight races, Nemechek and the No. 4 team extends its points lead over Ben Rhodes to 46 points.

The No. 4 returns to the track when the NASCAR Camping World Truck Series resumes action on Saturday, May 11 at Circuit of the Americas in Austin, Texas. Live coverage will be on FS1, Motor Racing Network and SiriusXM at 1 p.m. ET.